Tampa Bay may be running out of gas against fresher Avalanche 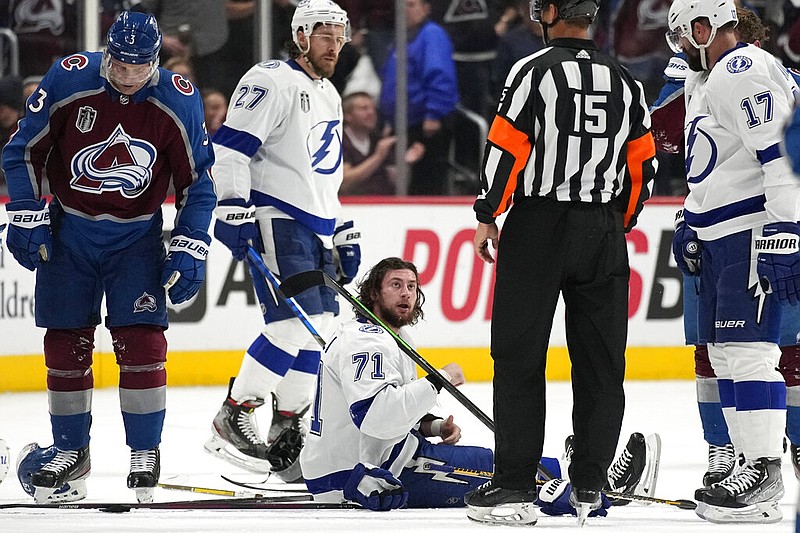 Tampa Bay Lightning center Anthony Cirelli (71) looks up after a fight during the third period in Game 2 of the team's NHL hockey Stanley Cup Final against the Colorado Avalanche, Saturday, June 18, 2022, in Denver. (AP Photo/John Locher)

DENVER -- It's no secret Tampa Bay has played more hockey over the past two years than any other team in the NHL.

That may -- finally -- be taking a toll on the two-time defending champ Lightning against the Colorado Avalanche, who took a much shorter route to the Stanley Cup Final and lead the best-of-seven series 2-0 going into Game 3 on Monday in Tampa.

"The shot blocking, the groins, the hips, the cuts, the bruises, playing every second night: That's the toll," coach Jon Cooper, who also coached the Texarkana Bandits, said Sunday. "And so when you get to the end, even though it doesn't look like they're banged up, they're missing guys, we're missing guys. We've got banged-up guys. That's what the playoff toll does. It's not what happened last year."

What happened last year was the Lightning became the second franchise since the salary cap era began in 2005 to win the Cup back-to-back. This year, they beat Toronto in seven games, swept Florida and advanced to the final by coming back to beat the New York Rangers in six.

Tampa Bay has played 67 postseason games since Aug. 1, 2020 -- the most by one team over the span of three playoffs. Because the pandemic pushed the 2020 playoffs into the summer and early fall, it's all condensed more than normal. It would make sense for players to run out of gas.

"You've played an extraordinary amount of games, and playoff games are obviously just a little bit more physical, a little bit more everything as you play them," said three-time Cup champion Justin Williams, who's becoming an NHL Network analyst starting with Game 3. "As of right now, these guys are fading. Listen, they've played a lot of hockey, but once you get this far in the playoffs, you're running mostly on adrenaline right now.

"You feel pretty good, and an excuse to have played too much hockey is one that I'm sure that they're not prepared to use right now."

The Lightning didn't put themselves on the verge of becoming the NHL's first three-peat champion since the New York Islanders of the early 1980s by making excuses. Even after getting trounced 7-0 in Game 2 Saturday night and looking unable to keep up with the speedy Avalanche, the players pointed to overcoming this same deficit against the Rangers in the Eastern Conference final as reason to believe this series isn't close to being over.

"We're in the same situation," veteran winger Corey Perry said. "And we found a way to win Game 3 at the end of the game there. It rejuvenated us, it got us going again and now we're going home."

The Avalanche are already rejuvenated. After finishing first in the West in the regular season, they swept Nashville in the first round, took out St. Louis in six and then finished off another sweep of Edmonton to give themselves more than a week off before the start of the Stanley Cup Final.

It appears to be paying dividends with fresh legs and crisper plays.

"I think it's physics that when you get rest you're rested," forward Mikko Rantanen said. "If you play every other day for a long period of time, it's going to wear you down. But they've been here before, they've played too long seasons before, so we can't think about that too much that we're the fresh team."

The Avalanche do look like the fresher team, and that has allowed them to keep up the pressure on the Lightning despite an experience disadvantage at this stage of the playoffs. Colorado got here by flustering opponents into making mistakes, and that recipe is working again in the final.

Tampa Bay's challenge now is to figure out how to counteract the situation it's faced with. Motivation, at least, won't be an issue.

"This time of year there's only two teams and this is the best time of the year to play hockey and it's the finals," Perry said. "Why wouldn't you want to be here? Why would you want to just say 'Hey, we play a lot of hockey.' There's no point saying that. So we're excited to be here. We want to be here." 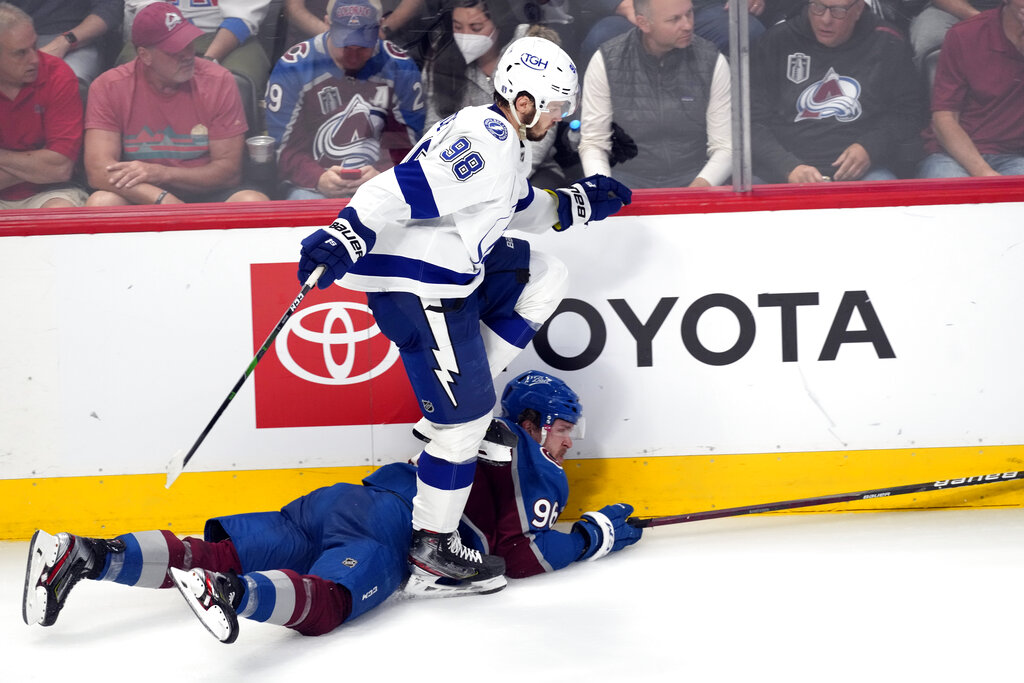 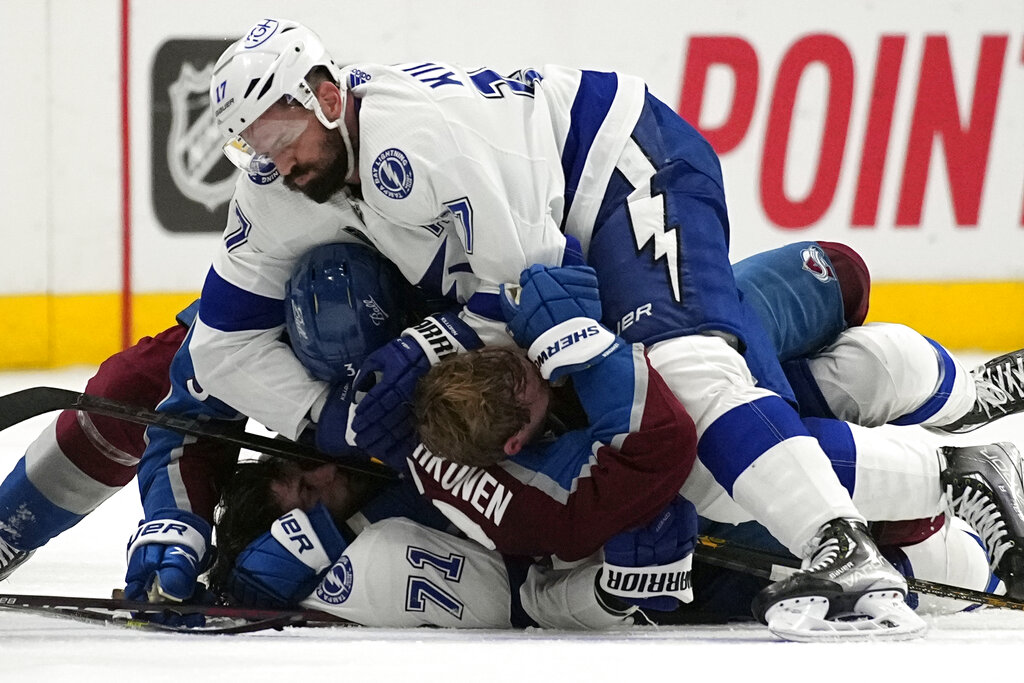 Players from the Colorado Avalanche and the Tampa Bay Lightning fight during the third period in Game 2 of the NHL hockey Stanley Cup Final Saturday, June 18, 2022, in Denver. Among the players are Lightning's Alex Killorn (17) and Anthony Cirelli (71) and Avalanche's Artturi Lehkonen. (AP Photo/John Locher)

Print Headline: Tampa Bay may be running out of gas against fresher Avalanche