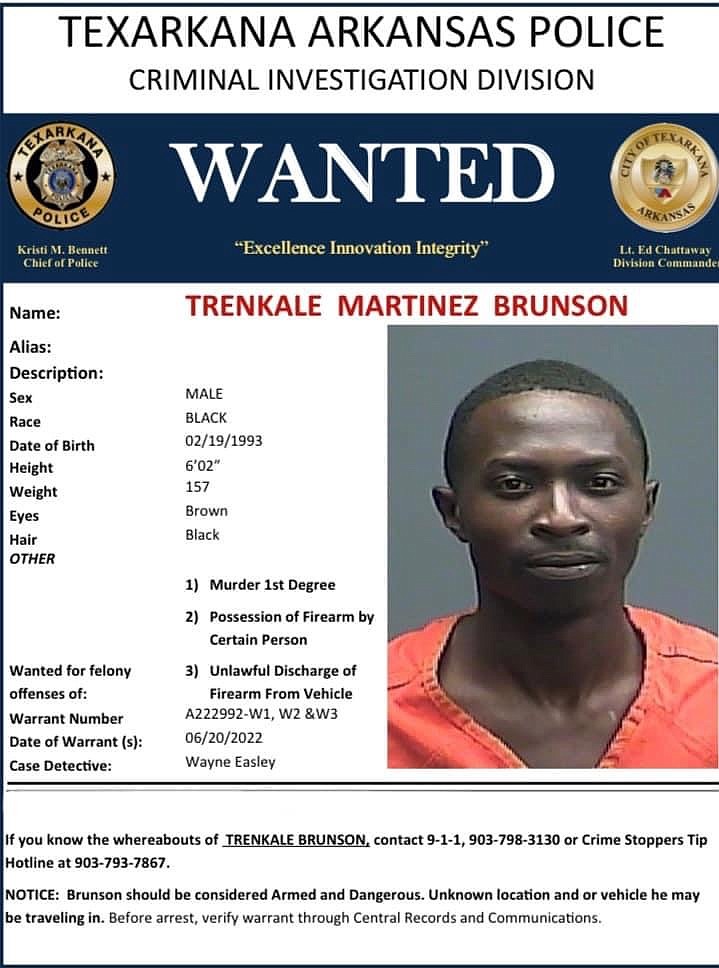 TEXARKANA, Ark. — Police have a warrant for a man in connection with a fatal shooting Monday afternoon.

A warrant has been issued for Trenkale Martinez Brunson, 29, of Texarkana, Arkansas. He is wanted for murder in the first degree, possession of a firearm by certain persons, and unlawful discharge of a firearm from a vehicle, according to Texarkana Arkansas Police. He is considered armed and dangerous.

At noon Monday, officers were dispatched to a shooting in the 300 block of Martin Luther King Boulevard and the 700 block of Laurel Street in Texarkana, Arkansas.

When officers arrived, they found a dark-colored sedan crashed into a residence. Upon further investigation, officers found the driver of the vehicle to be the victim of what appeared to be a gunshot wound and a female passenger possibly injured from the crash. Both the driver and the female passenger were transported to a local hospital. The driver of the vehicle was pronounced dead at the hospital, and his identity has been held until the next of kin can be notified.

Detectives were notified and arrived at the scene. They began speaking to witnesses and following up on leads. Due to the facts gathered at the scene, a warrant was issued for Brunson.

The investigation is ongoing. 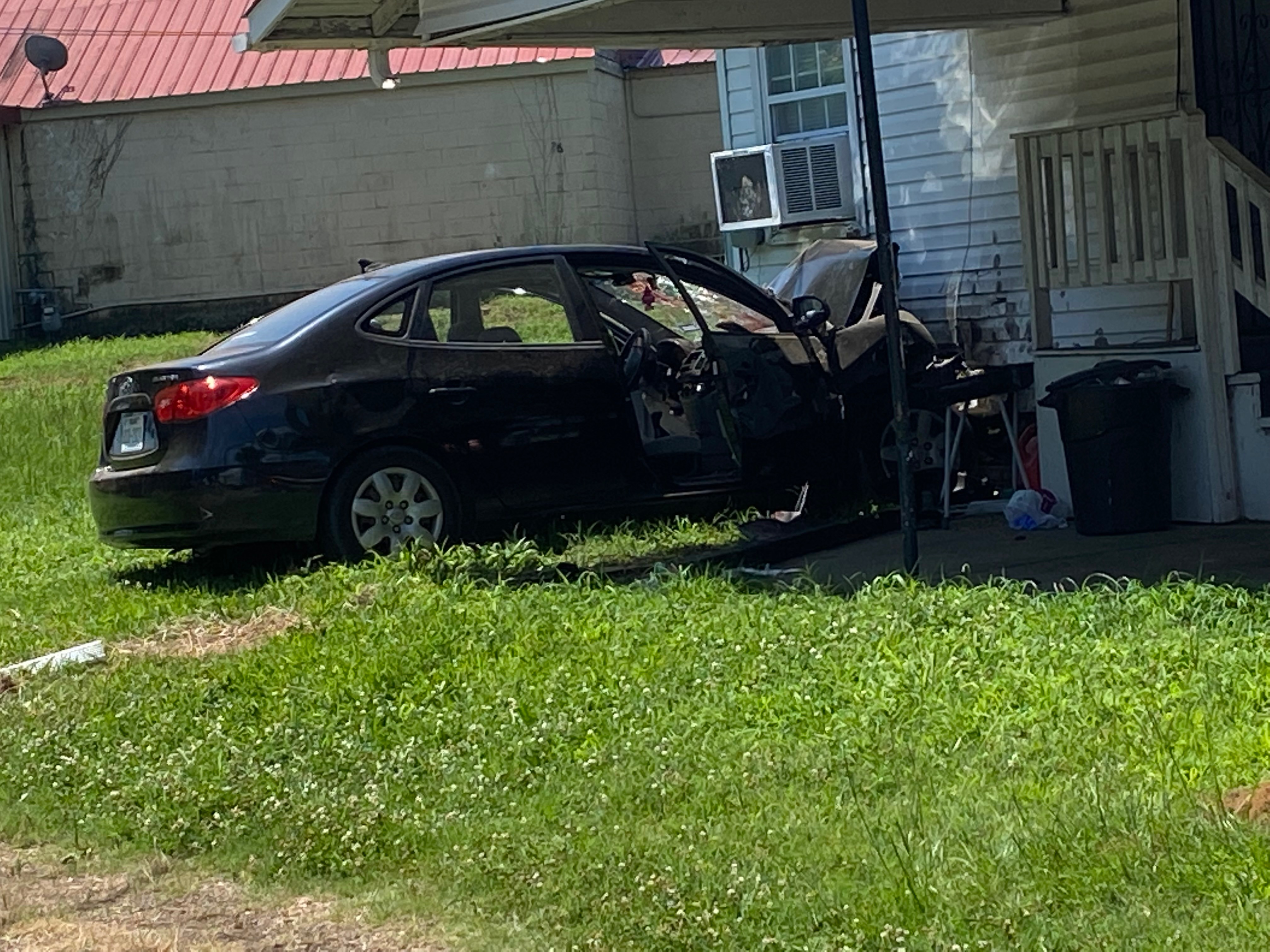 Police are investigating the circumstances that resulted in a car crashing into a house Monday, June 20, 2022, at Martin King Jr. Boulevard and Ash Street in Texarkana, Arkansas. According to initial reports, the car crash during a shooting. (Submitted photo)