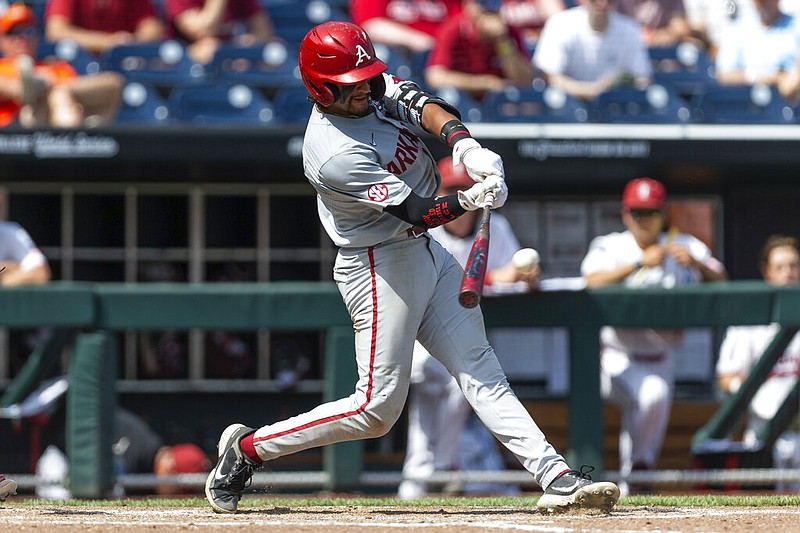 The freshman is 14 for 30 (.467) with 9 runs scored and 7 RBI during the Razorbacks' 6-1 run in the NCAA Tournament. Stovall has a hit in all seven games of the tournament and multiple hits in five of them.

No matter who pitches for Coach Dave Van Horn's club, he should be confident the offense will give the Razorbacks a chance to advance.

The depth of the Razorbacks' order at the most critical time of the year is evident in this statistic: They have improved their batting average eight percentage points, from .269 to .277 in their seven NCAA games, a feat given the quality of opponents. Prior to that, Arkansas had lost six of its previous eight games and had seemed in a funk offensively, defensively and on the mound.

"What I've seen from them is a team that was disappointed how the regular season ended," Van Horn said. "And once we got into postseason play, I just felt like the team, they didn't want to fail. And they took a step forward, got over all the negativity and just said, we're going to fight you to the end and hopefully it will go our way."

Every Arkansas starter had two hits in Saturday's 17-2 trouncing of Stanford, including four from catcher Michael Turner in the cleanup spot and three from Cayden Wallace in the three hole.

"I think you could kind of feel it coming a little bit, and just the vibe that we had going into Stillwater," Arkansas hitting coach Nate Thompson said on Friday of the team's widespread hitting.

"I know that obviously the last weekend of the regular season and the SEC Tournament was not what we were looking for, but just the attitude that we had that week heading into it, you could kind of see that coming and yeah, just really proud of the guys and happy for them with just the way they've been going about their business and letting it roll."

Stovall's hits came late in the stomping of Stanford on Saturday, but they were ultra productive. He stroked a pair of RBI singles in the eighth and ninth innings to complete his 2 for 6 outing with a team-high four runs driven in.

"Just playing with confidence is the biggest thing," Stovall said Friday on the eve of the CWS. "That and just realizing that it's just the game of baseball and something I've done my whole life.

"Just having confidence with that, it's really helped me out a lot. It's gotten me to see the ball really well and just continuously having competitive at-bats and putting our team in position to win."

Stovall wasn't the last of the nine Arkansas starters to record his second hit, as leadoff man Braydon Webb completed that rarity two batters later with a two-run double to wrap up the scoring.

"You know, everybody's contributing, whether that's getting on base, moving the runners over or getting them in," Webb said after Sunday's practice at Nebraska-Omaha. "Everybody has a role on this team and everybody's bought in to helping out the team catch a win."

Yet, Stovall's hot bat in the eight hole is reflective of an Arkansas team catching fire at the optimum moment in what has been an up-and-down season.

"I mean it's huge, just having everybody battle and being a hard out," Arkansas shortstop Jalen Battles said. "I feel like that's why we're here today. Especially with Peyton getting so hot like he is right now. Without him we probably wouldn't be here."

Stovall came to the Arkansas baseball program with great expectations after a sterling prep career in Haughton, La.

The left-handed hitter opened the season in the leadoff role and got off to a slow start with a .189 average through nine games.

"I came in with a lot of expectations and I put a lot of pressure on myself," Stovall said. "I feel like that kind of got to me. It was really hard on me."

Stovall came off the bench against Illinois-Chicago and went 2 for 3 in the second game of a doubleheader and found his stride with a 13-for-22 stretch to spike his batting average at .339. A hand injury slowed his momentum in late April, as he missed nine consecutive games with his average at .263.

He has found his groove in the last few weeks, pushing his average to .287.

"A couple of weeks ago, or it's probably been a month ago, I had a talk with Coach Van Horn," Stovall said. "We talked and we all just kind of realized to just play the game I've always played and stuff will work out. Once I started doing that all the confidence just came back. It all just kind of clicked for me and hopefully I can keep that up this week."

Stovall has helped anchor the lower third of the batting order that has also featured Battles in the seven hole and left fielder Zack Gregory ninth in recent weeks.

"All of us 1 through 9 have an important role," Stovall said. "Our 9 hole is huge for us. [Gregory's] able to flip our lineup back over and get to the top to where we have some pretty dangerous hitters.

"We all have a key role to play. It doesn't matter if you're on the bench or if you're in the 9 hole or the 1 hole. This whole team has come together and I think that's been a huge part in our postseason success."

"We were saying all fall how good we thought this team was going to be," he said. "And I think we're starting to live up to that expectation a little bit. I think these past two or three weeks have been a good clicking time period for the team. I feel we're clicking on all cylinders. It's a good time to do that." 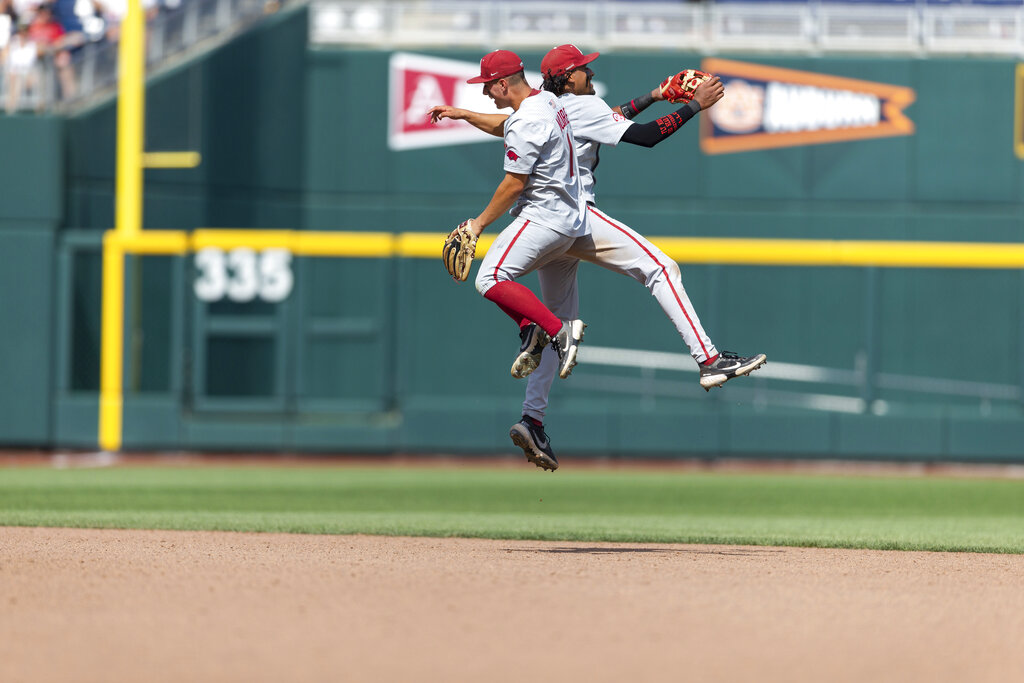 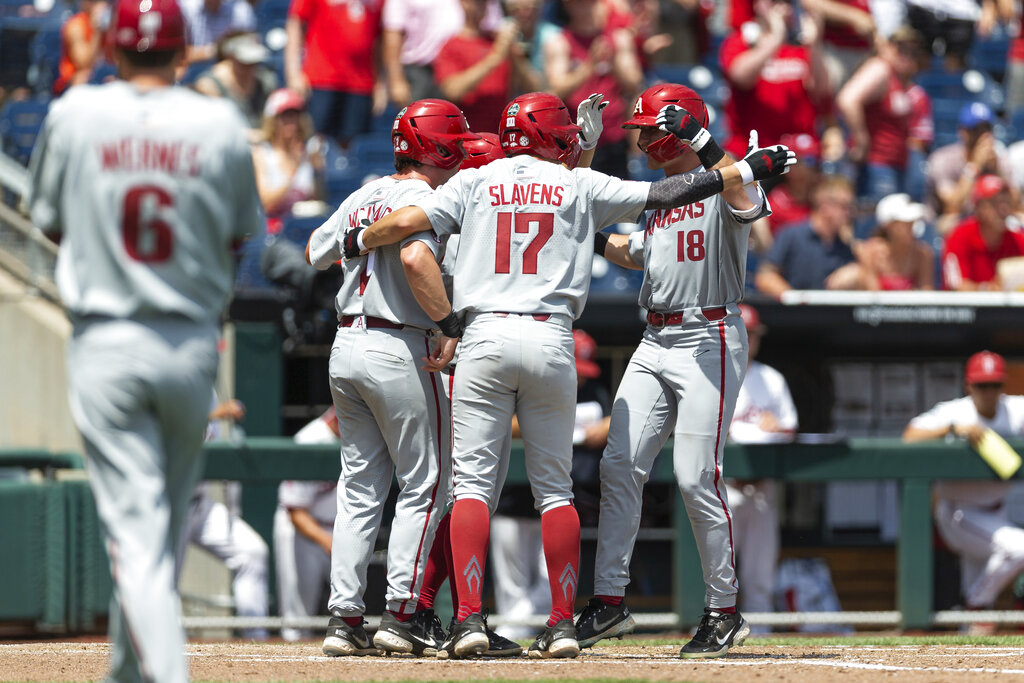