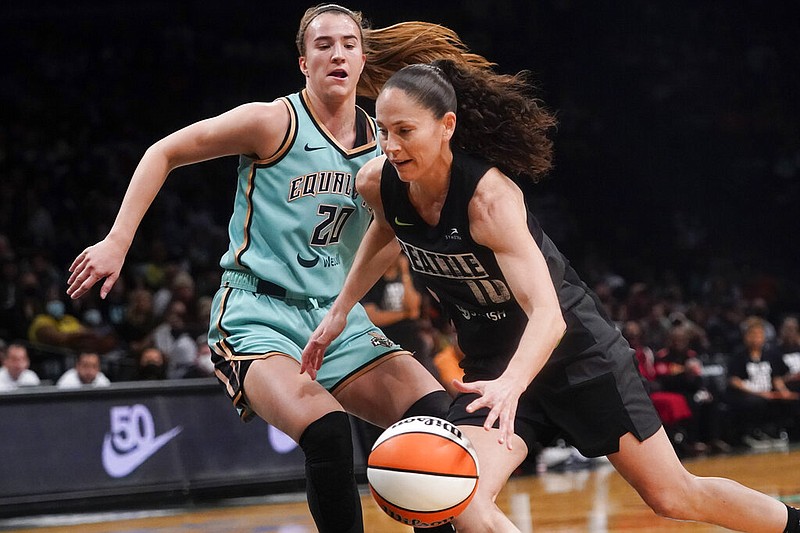 NEW YORK -- Nearly an hour after playing her final regular-season game in New York, Sue Bird was still soaking in the moment.

The WNBA's all-time assist leader was on the court signing autographs and taking photos with the 100 or so family and friends who had come to Barclays Center to see her play in her hometown one last time.

Bird had announced Thursday in Connecticut that this would be her final season playing in the WNBA. The first stop on her retirement tour was fittingly New York. She'll have one more game in Connecticut, where she starred in college, next month. While she still has a bunch of road finales left this season, none will come close to the emotion of playing in New York.

Bird says that she has shed a lot of tears, both good and bad, in the past few days. But Sunday was a day to celebrate in New York.

"It was just really about soaking it all in and enjoying the moment," the five-time Olympic gold medalist said. "I really couldn't have written this any better."

The Liberty treated Bird like she was one of their own right from the start of the day. The team wore shirts that said: "Thank You Sue, Love New York," and the organization played a pregame video tribute that featured clips of Bird throughout her career, as well as tributes from Billie Jean King, CC Sabathia and Bird's fiancee Megan Rapinoe. The team gifted her a jersey and jacket that featured every New York sports team on it.

The pregame festivities would normally be given to one of their own and not an opposing player who never played in New York. But it would have been hard not to honor the beloved native New Yorker, who said after the game she planned to split time between Seattle and New York after she's done playing this year. She plans on getting season tickets to the Liberty.

While Bird will have played her entire 21-year career in Seattle, she's a New Yorker at heart, born and raised in Long Island -- about 30 miles from Sunday's game.

Her mom, Nancy, made the trip to the game wearing a black T-shirt with a printed image of Bird's recent Slam magazine cover on it. The pair had come to many NBA basketball games when Bird was a kid, including seeing Michael Jordan.

Now, she was seeing her daughter play close to home for the final time.

"To see what she's accomplished, I can't say enough about her," Bird's proud mom said. "It's amazing, she's always loved the sport."

Bird was greeted with a long ovation pregame from the roughly 7,000 fans, many wearing Bird jerseys from her days at UConn, Seattle and USA Basketball.

"When anyone thinks about the WNBA, they think about Sue Bird and what's she's meant to the sport," New York guard Sabrina Ionescu said. "She's transcended it. What she's meant to absolutely everyone outside of the sport is something that you really cannot put into words. So (it was) really cool to see how many people were here tonight in support of her -- her career -- and what she's done."

Ionescu is definitely a big part of the present and future of the WNBA, and she did all she could to get New York the win, but the Liberty fell short in no small part because of Bird, who finished with 11 points.

With the game still somewhat in doubt in the final minute, Bird put it away sinking a 3-pointer that sealed the 81-72 victory for the Storm. She held her follow-through much to the admiration of the crowd, who gave her a standing ovation as she exited the game.

"Normally I'm not big on scoring, but that 3-pointer at the end, I will remember that forever," Bird said. "This felt pretty much like a fairy tale. So I'm gonna take it." 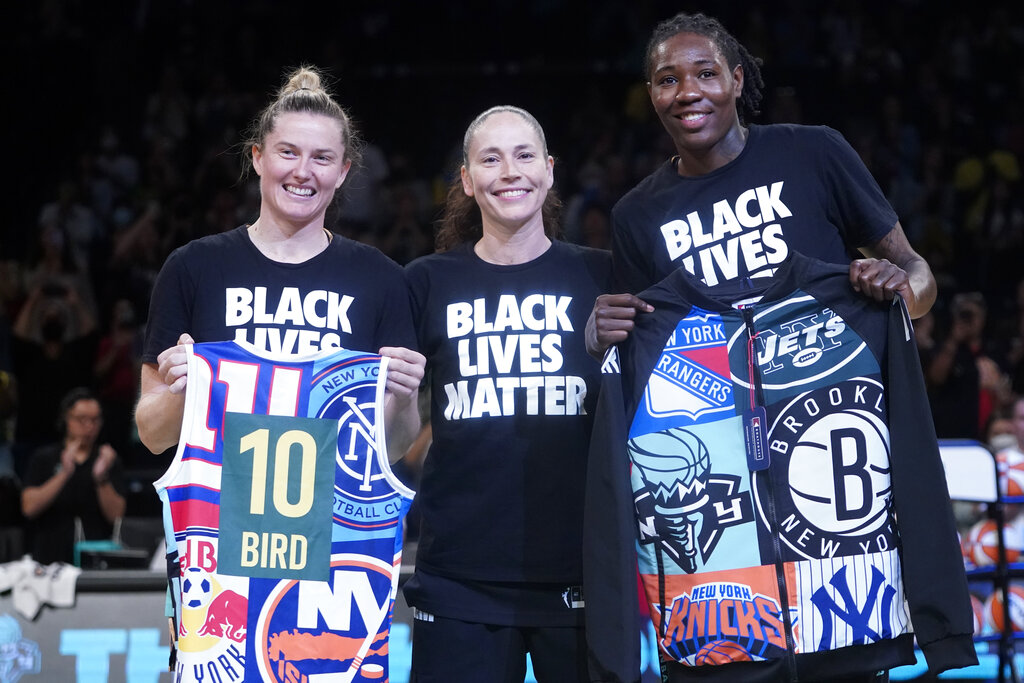