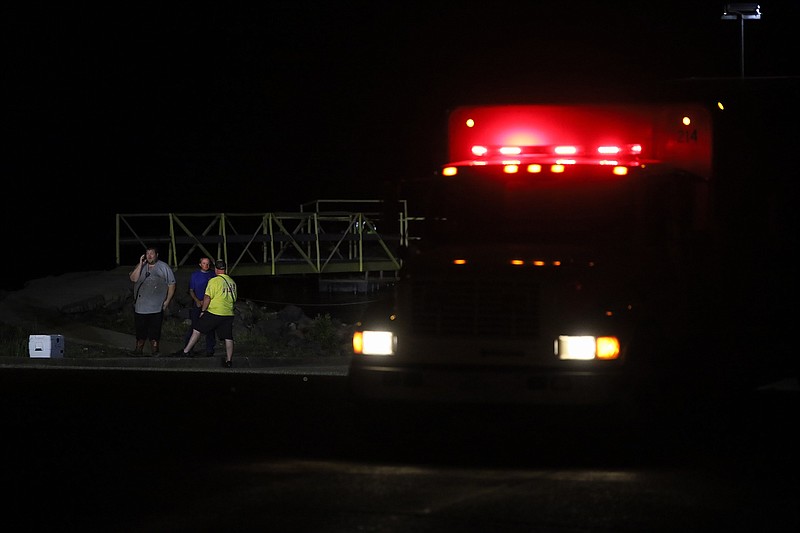 QUEEN CITY, Texas -- Searchers have recovered the body of a man who drowned Sunday evening at Wright Patman Lake.

Muhammad Usman Amjad, 31, of Dallas was found Monday morning submerged about 8 feet near where he fell into the water at the Rocky Point area of the lake, said Warden Shawn Hervey, spokesman for Texas Parks and Wildlife Department.

On Sunday night, searchers using sonar picked up an image underwater they believed was Amjad but could not attempt a recovery until the morning, Hervey said.

"We got another image this morning (Monday) to confirm that it was him. We then pulled boats out of the search area and sent down divers."

Authorities, including first responders from Bowie and Cass counties, were notified of the possible drowning about 6:40 p.m. Sunday.

"Amjad was riding a jet ski tandem, with a female friend operating it. He fell off the jet ski, panicked and went under," Hervey said.

Amjad was not wearing a life jacket and could not swim, the warden said.

Weather and water conditions were not a factor in the drowning.

"It was a calm day, sunny, and the water was warm," Hervey said.

Amjad reportedly has no family in the United States.

"His family is in India," Hervey said. "The driver of the jet ski had to notify the family by internet."

Amjad's body is being sent to a Dallas forensics lab for autopsy.

"Imagine going into a closet, shutting the door, turning off the lights, and trying to find a particular pair of tennis shoes by hand among 100 other pairs of tennis shoes."

The last drowning at Wright Patman was in April 2021, also on a Sunday.

Armando Valdez, 23, of Texarkana, Texas, died in the water after driving his SUV through a barrier into the spillway on April 4. A female passenger was rescued from the sinking vehicle by a fisherman. Valdez' body was a recovered a few days later.