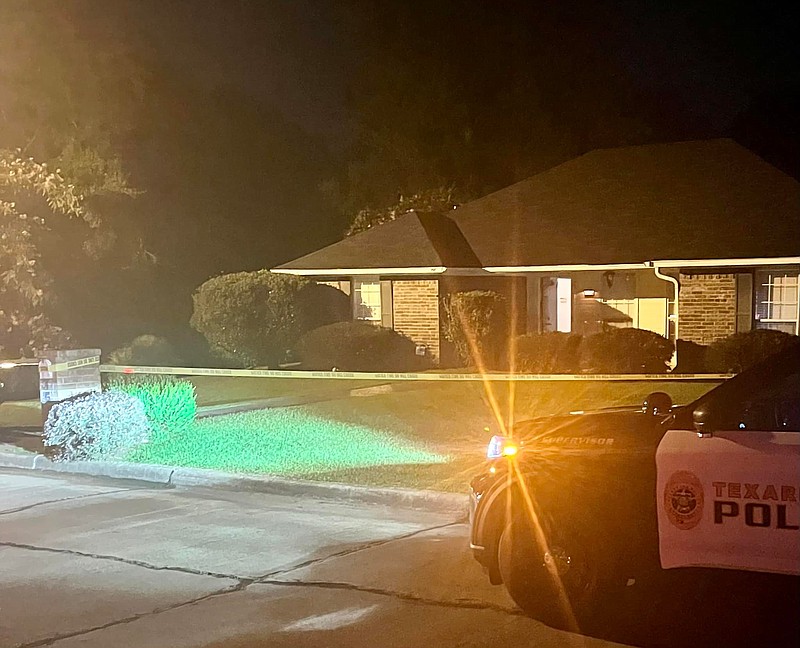 Police tape cordons off a house on Skyline Drive after a fatal stabbing early Sunday, June 19, 2022, in Texarkana, Texas. A husband and wife, both age 65, allegedly were attacked by their son. Michael Paxton died at the scene; his wife remains in critical condition at CHRISTUS St. Michael hospital. Shaun Paxton, 42, was arrested at the scene and charged with murder and aggravated assault. (Photo courtesy Texarkana Texas Police Department)

TEXARKANA, Texas --A woman stabbed in her home on Skyline Drive early Father's Day morning remains in critical condition, according to police.

Shaun Patrick Paxton, 42, was arrested early Sunday for allegedly stabbing his mother and his father Michael Paxton, 65, in their home. Michael Paxton died at the scene.

Paxton is being held in the Bi-State jail on charges of murder and aggravated assault, said Shawn Vaughn, spokesman for the Police Department. Bail for Paxton had not been set as of Monday.

Police responded at 1:30 a.m. Sunday to a residence in the 3600 block of Skyline Drive. Detectives are still working to determine a motive, Vaughn said.

Skyline runs between Stoneridge Drive and Cooks Lane in the northern part of the city.