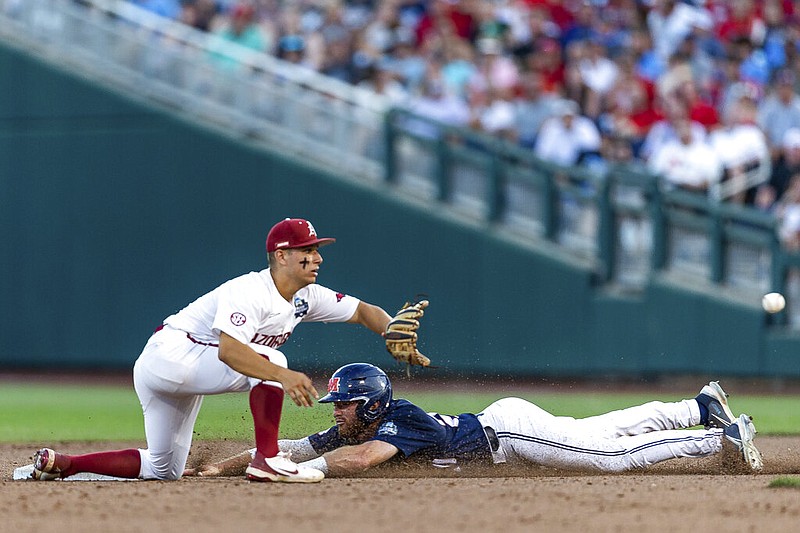 OMAHA, Neb. -- Arkansas followed its series against Ole Miss during the regular season with one against Auburn.

The Razorbacks will have that same sequence of SEC games at the College World Series.

Arkansas (44-20) will play an elimination game against Auburn (43-21) on Tuesday at 6 p.m. The winner will play Ole Miss in a national semifinal matchup beginning Wednesday, needing two consecutive victories over the Rebels to play for a national championship.

"You can't look at the big picture," Arkansas coach Dave Van Horn said following a 13-5 loss to Ole Miss on Monday. "You have to figure out how to play well tomorrow. Got to play well tomorrow, got to win tomorrow and have a chance to play the next day. That's our focus, just move on and get to tomorrow night's game."

Auburn defeated Stanford 6-2 in an elimination game Monday afternoon at Schwab Field. The Tigers trailed 2-0 through five innings, but took the lead on Cole Foster's three-run double that capped a four-run sixth.

It was Auburn's first win at the College World Series since 1997.

"I'm just hunting for every inch we can for our program," Auburn coach Butch Thompson said following the game. "Thankful for today and excited about tomorrow."

Thompson did not know which team he would play next when he left the stadium, but he was asked for his opinion on Arkansas in case that was his team's next opponent.

"Fighters, winners, they won all their games on the road," Thompson said. "It looks like Dave Van Horn is in full effect and those guys are just amazing. This is my 20th year in the league and I've been respecting him the whole time. I sit right next to him at every SEC head coaches' meeting and I couldn't respect him any more.

"I just see that offense and...it can be all of them. It can be somebody different all the time."

Arkansas won two of three games at Auburn on May 6-8 when the teams were first and second in the SEC West standings. The Razorbacks won 7-4 in the finale to take the series.

Arkansas overcame a five-run deficit to win 11-8 in the series opener. The Tigers scored twice in the eighth inning to win the second game 5-3.

Auburn is 11-5 since it played Arkansas during the regular season, including 6-2 during the NCAA Tournament. The Tigers outscored Southeastern Louisiana, Florida State and UCLA by a combined score of 51-18 during a home regional, and Auburn won two of three games at Oregon State during the super regional round.

It was at Auburn that Arkansas first pitched right hander Will McEntire in an SEC game. McEntire threw three consecutive scoreless innings in his SEC debut before he allowed a run in the ninth inning of the series finale. He finished that 3 1/3-inning outing with 1 run, 3 hits and 4 strikeouts.

McEntire is the most likely option to start for the Razorbacks against Auburn on Tuesday. McEntire started the second game of Arkansas' super regional at North Carolina last week and pitched 5 2/3 scoreless innings.

"We could start Will. We could start a couple other guys," Van Horn said of Tuesday's pitching plan following the Ole Miss game. "Not sure yet, though."

Auburn had not named a starter for the Arkansas game by late Monday night. The Tigers threw sophomore right hander Joseph Gonzalez during a 5-1 loss to Ole Miss on Saturday and started junior right hander Trace Bright against Stanford.

Barnett, who was Auburn's primary midweek starter for most of the season, started the first game of the Tigers' series against Arkansas on May 6 and allowed 2 runs, 5 hits and 2 walks in 4 innings. 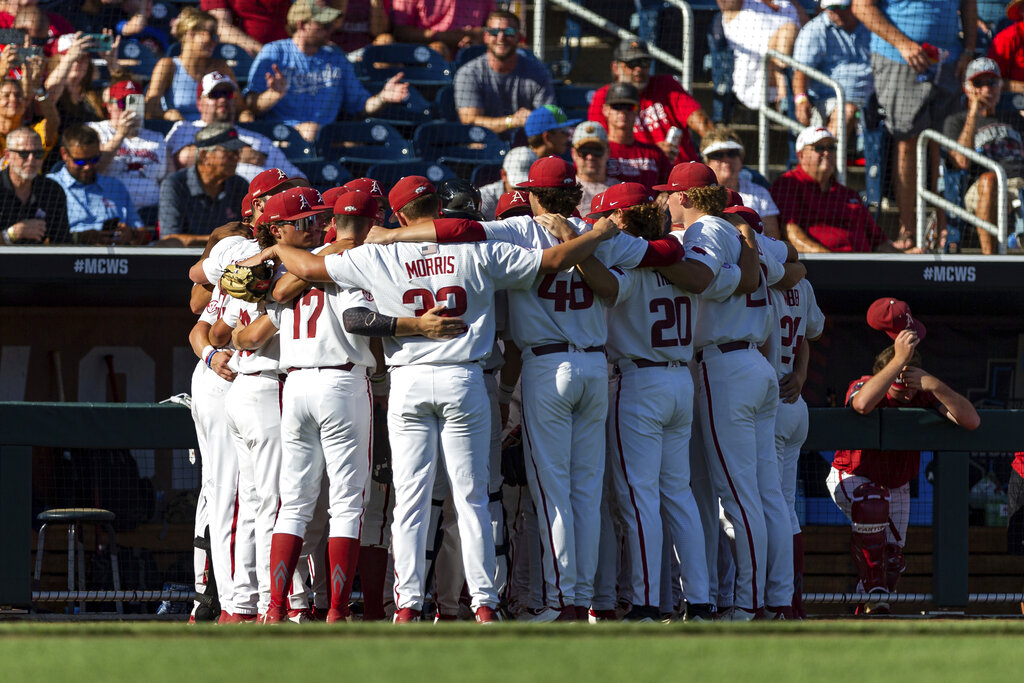 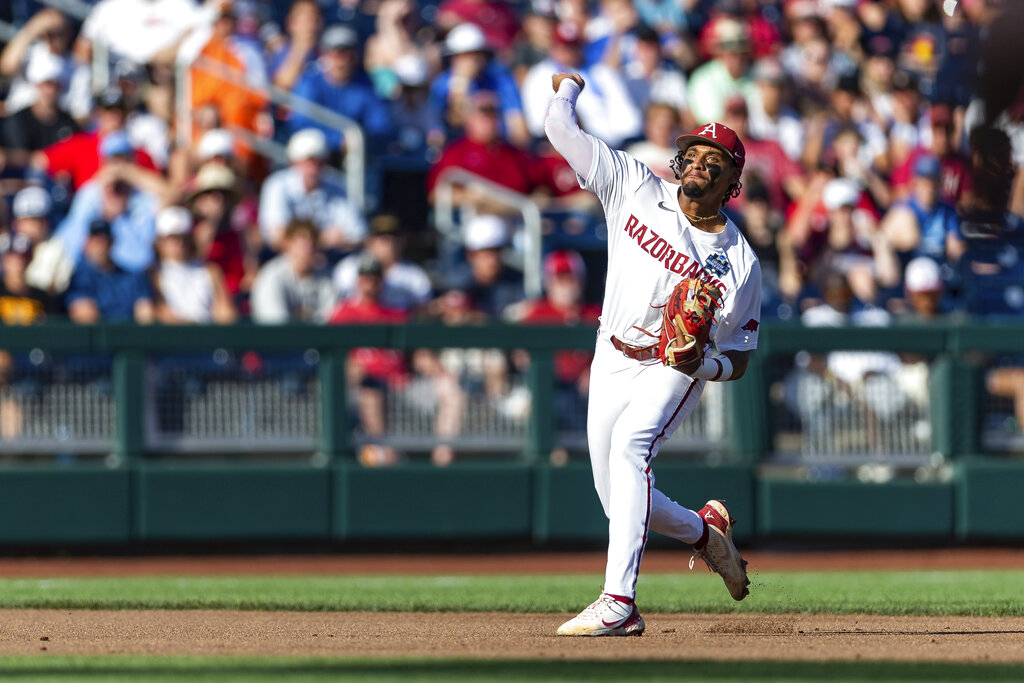