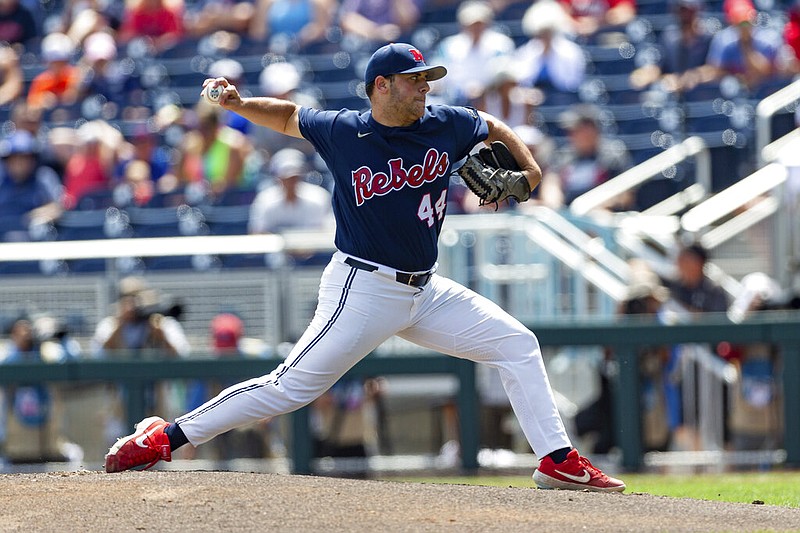 He was great Wednesday in the biggest game, so far, in the program's 129-year history.

DeLucia scattered four hits in his first shutout for Ole Miss, Kevin Graham's run-scoring double in the fourth held up and the Rebels advanced to the CWS finals for the first time with a 2-0 victory over Arkansas on Thursday.

The Rebels (40-23), the last team picked for an at-large bid in the NCAA Tournament, bounced back from a 3-2 loss to the Razorbacks on Wednesday night. They'll face Oklahoma in a best-of-three series that starts Saturday.

DeLucia (8-2) outdueled Connor Noland in a matchup of aces and turned in his second straight dominant CWS start.

DeLucia was even better than he was against Auburn in the Rebels' Omaha opener last Saturday, showing greater command of his fastball as the game went on and effectively working his slider to both sides of the plate throughout.

"It's been interesting, a fun ride," DeLucia said. "Coach B says enjoy the ride. That's what I've been doing, taking every chance I get. This team has played so well the last couple weeks and we've turned it on so far."

The loss ended the Razorbacks' seventh CWS appearance since 2004 under Dave Van Horn.

DeLucia allowed four hits and one run with 10 strikeouts and no walks in the Rebels' 5-1 win over Auburn. Working on four days' rest against the Razorbacks (46-21), he struck out seven and walked none in a 113-pitch outing.

Noland (8-6) was nearly as good as DeLucia on Thursday, giving up seven hits and striking out seven in eight innings.

"I think both pitchers, they gave it everything they had," Van Horn said.

The Rebels broke a scoreless tie in the fourth inning. Justin Bench singled past second baseman Robert Moore, moved up on a groundout and came home when Graham doubled down the right-field line.

Ole Miss' other run came in the seventh when Calvin Harris singled into right field after Tim Elko and Graham led off with base hits. Harris was out trying to stretch his hit into a double, and Noland got an inning-ending flyout to keep it a two-run game.

The most trouble DeLucia encountered came in the seventh. He retired 18 of 19 batters before Moore, who got an extra chance when Dunhurst dropped a foul tip on what would have been strike three, chopped a slow roller to second for an infield hit. Jalen Battles then reached when shortstop Jacob Gonzalez misplayed a grounder.

Second baseman Peyton Chatagnier got the Rebels out of the inning, going far to his left to pick up Brady Slavens' ground ball and throwing him out at first.

Bianco said he never had an urge to take out DeLucia and call on closer Brandon Johnson.

"There was no reason to make a move, I didn't think," Bianco said. "He was too good. He didn't look like he was taxing himself. He wasn't running counts. He was in total control."

"A lot of people have the goal to be here," Bianco said. "One of the challenges we talked about was just not to come here but to win. This isn't like going to a bowl where years later people know you went to a bowl and nobody remembers if you won or lost. You're supposed to win and move on." 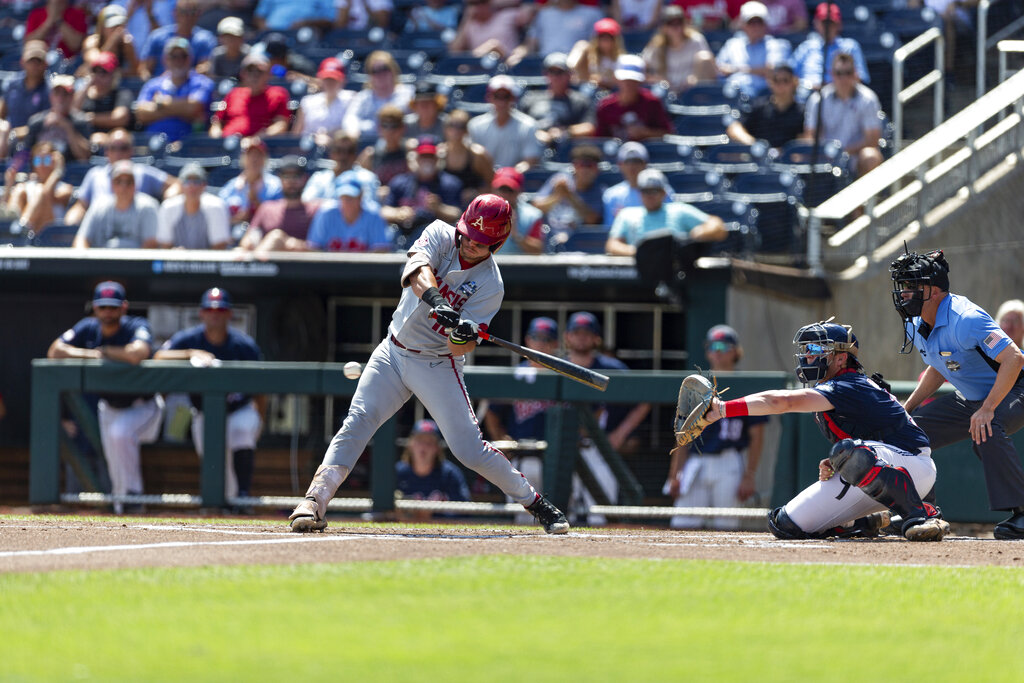