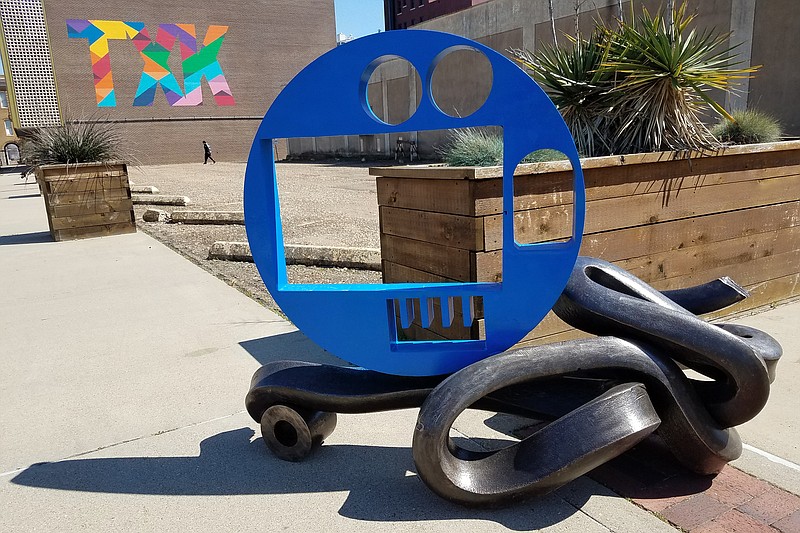 This new George Tobolowsky sculpture was installed Wednesday at West Third and Main streets in Texarkana, Texas. Tobolowsky uses found metal objects as the materials for his art and is working on two sculptures made from items found in the basement of Texarkana's Hotel Grim. (Staff photo by Karl Richter)

Together, they make up Tobolowsky's third local exhibition since 2013. It is titled "Bending the Rules 3" and funded by a Texas Commission on the Arts grant.

"The relationship and the people here in Texarkana have been great," he said in an interview for the Texarkana Gazette podcast "On the Line."

Listen to the full interview:

On Wednesday, Tobolowsky transported four sculptures, together weighing about 10,000 pounds, on a trailer to Texarkana. Residents can see them at Texarkana, Arkansas, City Hall; at the ArtSpark at Main and West Fourth streets; near the Perot Theatre at West Third and Main; at the Texarkana, Texas, Central Fire Station at West Third and Oak; and at Texas A&M University-Texarkana.

Tobolowsky finds discarded machines and other steel and stainless steel objects and welds them together to create sculptures. He produces 30 to 40 sculptures a year, and they have been shown in exhibitions and are part of museum collections worldwide.

"What I do is when I build it, I will start with a great piece of metal in my mind, and then I build on that. And at the end of the day, I photograph it, go home, and it automatically downloads my iPad. And I can see if I've messed up and put one one piece in the wrong place or something doesn't look right," he said.

Retaining the history of the metal he uses is an important part of the process, but he also sometimes adds color.

"If the metal has a stamping on it like a number from the forge, or if it has some original color on it, from when a fabricator was actually producing bolts or nuts out of this long rod, they'll paint the end of the rods a certain color. So I preserve those colors now. Over the last several years, I have actually painted some big found object pieces," he said.

Next on Tobolowsky's Texarkana agenda is creating a pair of sculptures from objects found in the basement of the Hotel Grim before contractors cleared it out as part of the hotel's ongoing renovation process.

"It was a little scary, but I pulled out probably 20 really large found objects and motors and fans and stuff that probably weigh about two- or three-thousand pounds. They're at the studio and I'm in the process of starting to clean them and start to envision assembling two pieces that will go by the (Grim's) front door," he said. 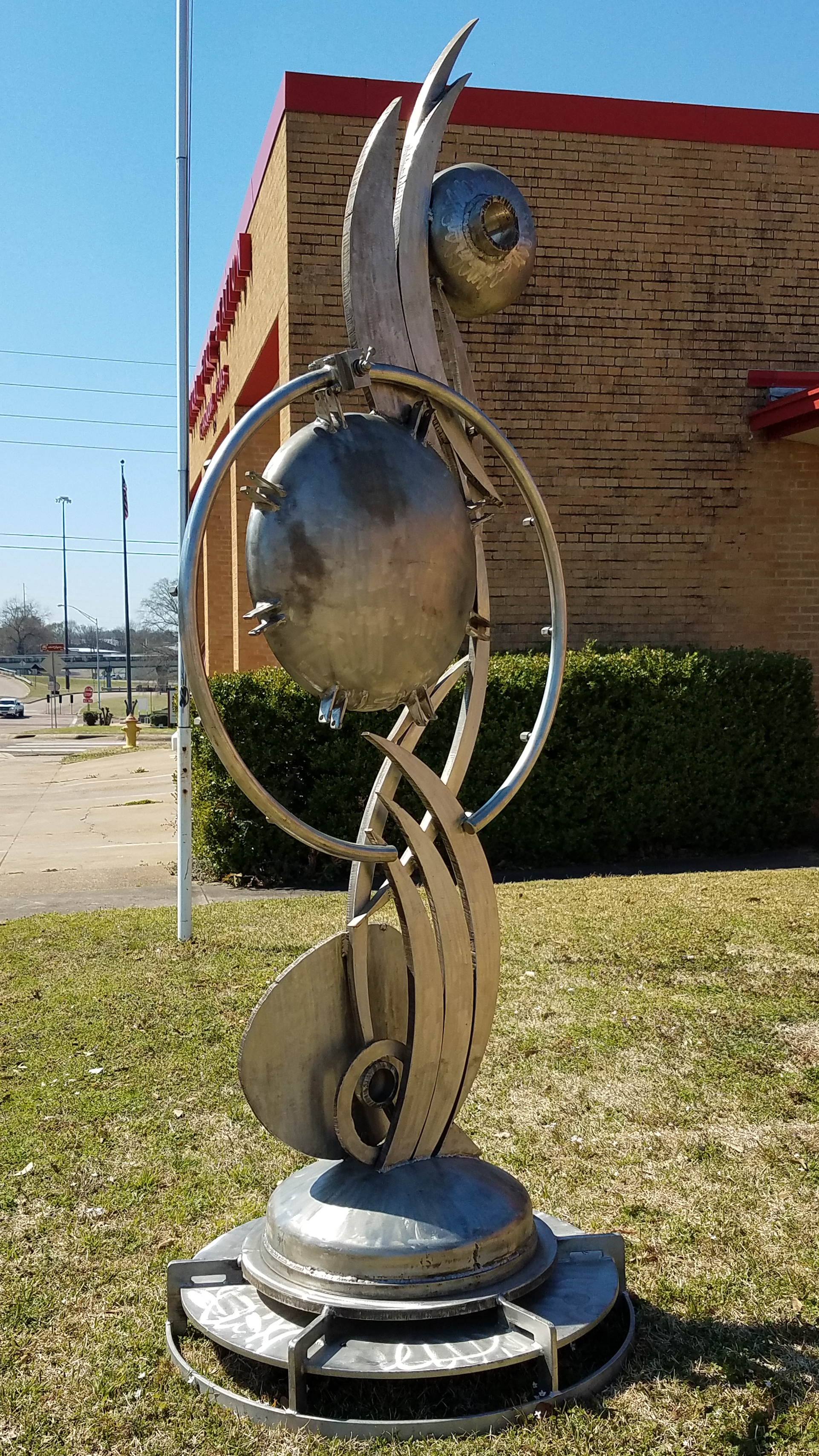 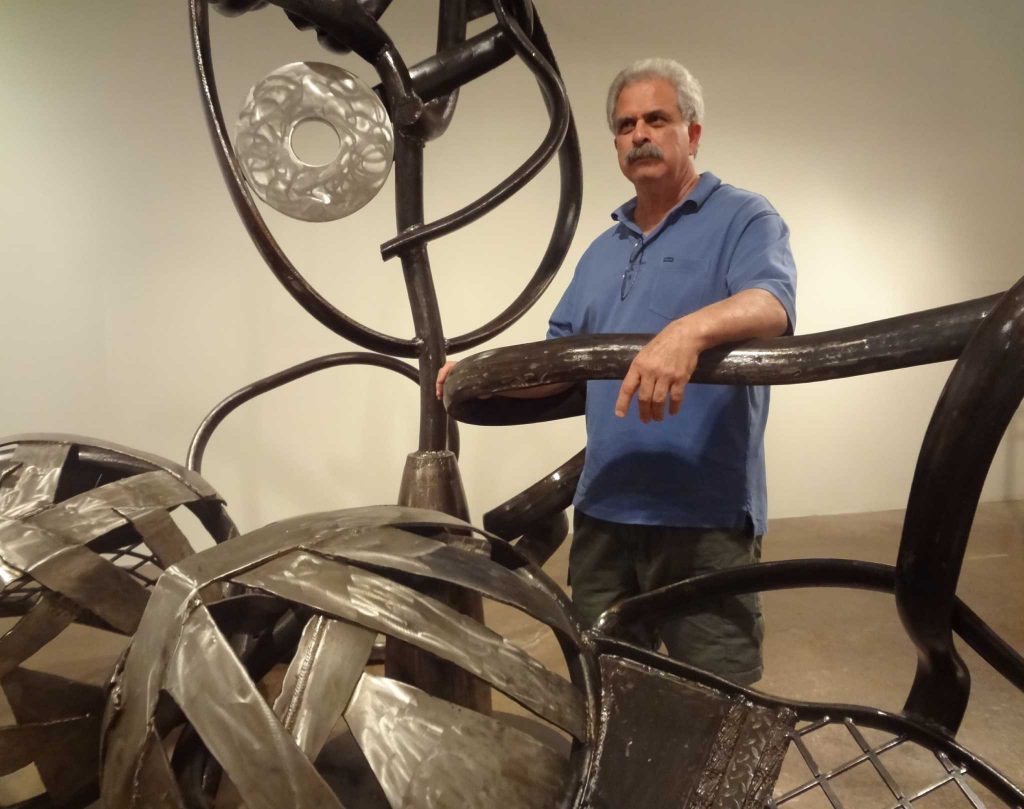 Sculptor George Tobolowsky poses for an undated photo with work in progress. Tobolowsky on Wednesday installed several new sculptures in public places in Texarkana, part of an exhibition titled "Bending the Rules 3." (georgetobolowsky.com)