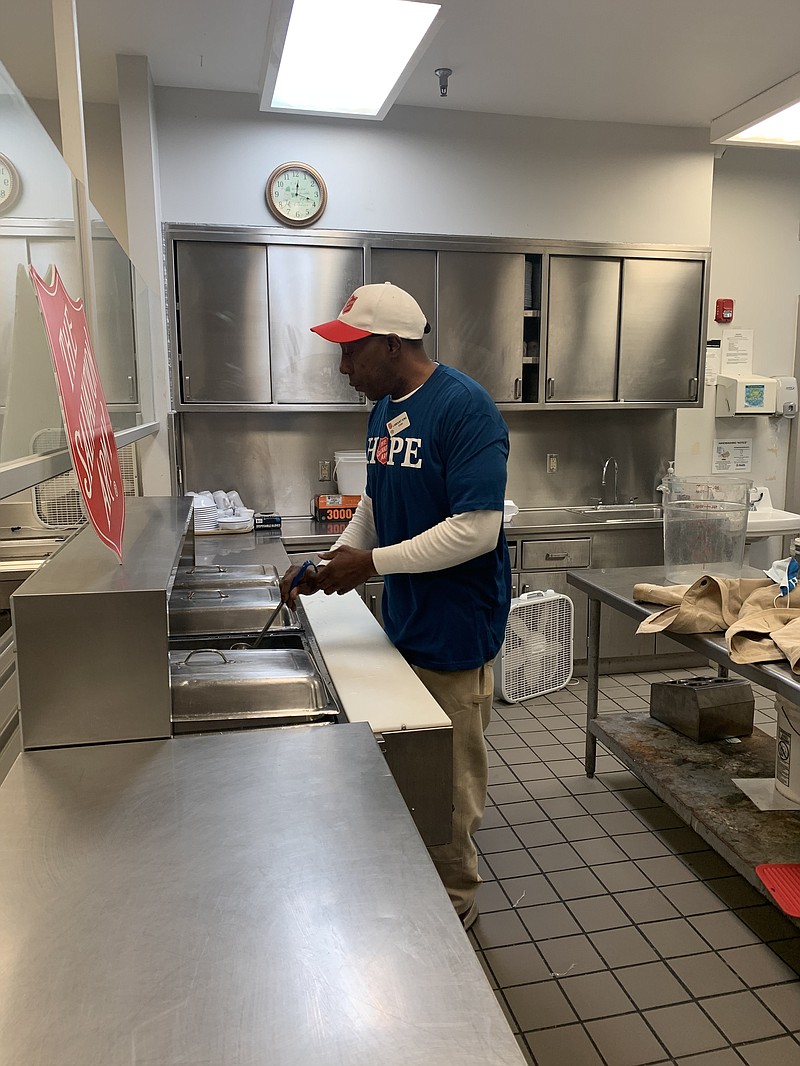 TEXARKANA -- Lamont King cooks daily for nearly 200 people and the practice has paid off.

"Lamont cooks daily for the homeless that reside in our family shelter, in addition to the homeless that live on our streets. That is around 150 meals a day," said Sann Terry, spokeswoman for the Salvation Army.

King said he grew up cooking in a large family. He has six brothers and two sisters.

He has been cooking for the Salvation Army for almost seven years.

His secret recipe? "It's love," he said. "If you cook with love it always turns out good."

The annual chili cook-off challenges members of the community or organizations to enter their best chili in the competition.

The purpose of the cook-off is to raise funds for projects that help the homeless.

Every year the Department of Housing and Urban Development requires all homeless coalitions to count the number of homeless individuals by the last week in January.

The PIT count offers insight into understanding the local homeless population, its current needs, and provide data to secure future funding for programs that combat homelessness.

The results from the count were unavailable at presstime Thursday.