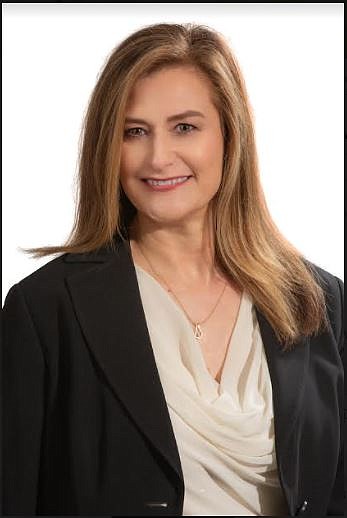 TEXARKANA, Arkansas -- Connie Mitchell has made justice her life's work.

"When I started college, my original career plan was to become a licensed counselor," said Connie, a prosecutor with more than 20 years of experience.

After graduating with a bachelor's degree in psychology, Connie began working toward a master's in the field.

"During my first year, I realized that counseling may not be the best path for me. Still wanting to help people, I decided on law school," Connie said.

"I believed that being a lawyer would not only allow me to help people, but would also help make my hometown a better, safer place to live," Connie explained.

Connie's educational path includes graduating from Texas High School followed by completion of a bachelor's with a major in psychology and minor in sociology from East Texas State University. In 1991, Connie earned a law degree from the University of Arkansas at Little Rock.

Upon graduation from law school, she returned to Texarkana and opened a private law practice, where she handled all kinds of cases, including family law, corporate law and criminal defense. In 1996 Connie added work as a part-time prosecutor in Miller County handling juvenile cases.

"It didn't take long to realize prosecuting crimes was my true calling, so in 2000 I took a full-time position in the prosecutor's office. Since then, I have prosecuted every type of case our office handles in juvenile court, district court and circuit court," Connie said.

"I find the work very challenging but very rewarding," Connie said. "Whenever a criminal is held accountable for their crimes, it makes our community a safer place to live. In my experience, punishing those responsible for crimes can bring closure to the victims and help begin the healing process."

Prosecuting the most heinous crimes is never routine for Connie, who describes "the suffering of innocents, especially children," as the most difficult part of her work.

"Whether it is a child that has been sexually assaulted or someone who has been robbed or a parent who has lost a child to murder; I cannot help but feel empathy and a desire to do everything I can to see that justice is served," Connie said.

She said she is definitely not a "Hollywood" lawyer.

"My most memorable cases are always those involving children," Connie said, noting that she gets to know the youngsters and their families well in advance of a trial.

"When that child walks into the courtroom and bravely testifies about the most horrible event of their young life and comes face to face with the person responsible, my heart swells with pride and admiration for their courage. I am so proud to be a part of their healing process," she said.

Connie hopes to begin leading the office as the elected prosecuting attorney beginning Jan. 1, 2023. She announced her candidacy last year.

She seeks to fill the position being left vacant by current Prosecuting Attorney Chuck Black, who was appointed to the office when former elected Prosecuting Attorney Stephanie Potter Barrett left to assume a position on the Arkansas Court of Appeals. Chuck tapped Mitchell for the chief deputy position after he was sworn in. He is retiring Dec. 31, and a new top prosecutor will take over Jan. 1.

Connie has served as a deputy and chief deputy under four elected prosecutors.

"I can truthfully say I've learned a lot from each of them and greatly value their insights and knowledge. Each in their own way has helped turn the prosecutor's office for the District 8 South into one of the best in the state of Arkansas," she said.

Connie has a serious soft spot for critters and handles almost all of the animal cruelty cases in the jurisdiction she serves. She has four dogs -- Max, Maggie, Nora and Ringo -- and two cats, Jack and Bubbles. All of her furry family members are rescues.

"I contribute to and support multiple charities and causes related to animals," she said. Her advocacy includes support for rescue/adoption and spay/neuter programs.

Connie became a vegetarian many years ago.

"The vegetarian diet is not for everyone, but it works for me," she said. "My diet was not the best at that time, and my body was paying the price. Fortunately for me, that was also about the time that several companies began producing vegetarian products which were not only good for me but tasted really good too."

Her favorite way to spend time away from the office and the courtroom is with her family. Her parents continue to reside in Texarkana and she and "her guy, Ken" have fun with their adult children.

Instead of staying put for the holidays, the couple recently traveled to Mexico with their children.

"Some days were spent relaxing on the beach but we also made time for adventure. We spent one day ziplining through the rainforest and cave tubing down a beautiful river," Connie said. "My happiest times are those spent with my kiddos." 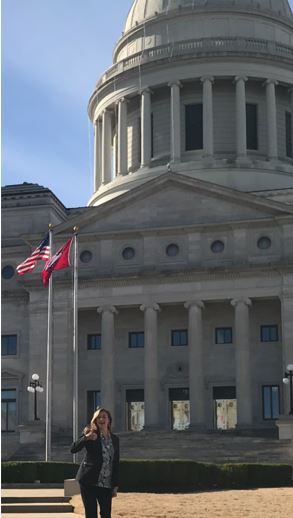 Connie Mitchell stands outside the Arkansas Capitol earlier this year after filing paperwork to get her name on the ballot for Prosecuting Attorney of the 8th Judicial District, South, serving Miller and Lafayette counties. (Contributed photo) 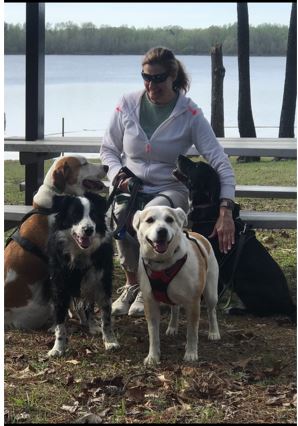 Connie Mitchell is pictured here with her family's five dogs. The pups accompany Mitchell on camping trips as she and her family explore Arkansas state parks. Mitchell is an avid animal lover and animal rights advocate. (Contributed photo) 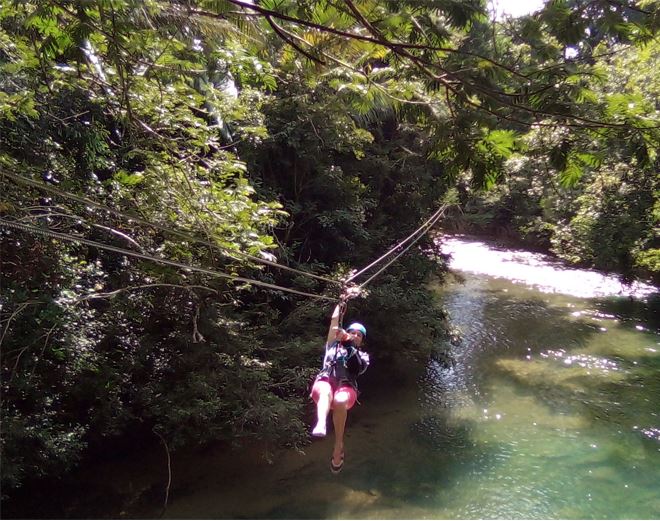 Mitchell wears a sling on her arm for a fractured elbow as she ziplines during a trip to Mexico around Christmas 2021. (Contributed photo)