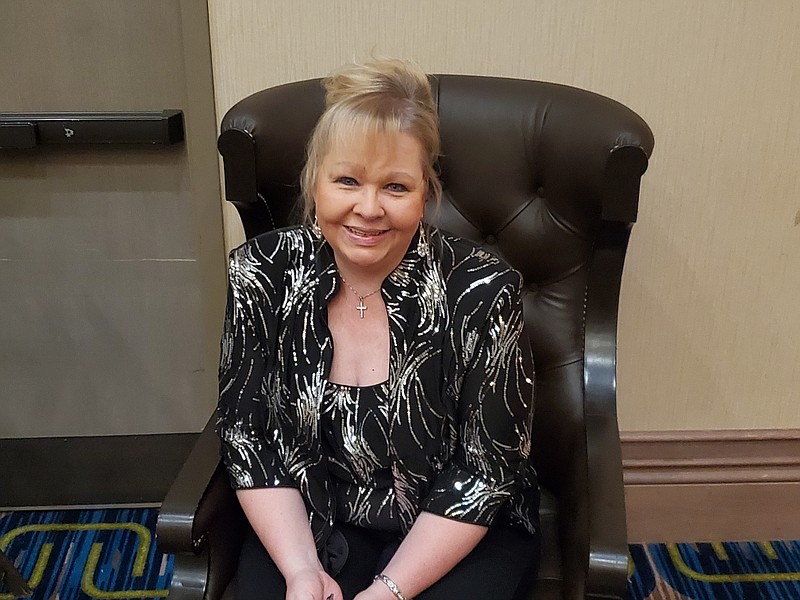 Tammy D. Thompson started writing novels in 2001 when she published her first book, 'Buried, but Not Forgotten.' The Texarkana, Arkansas, native has had a passion for writing since she was a young child. She began writing poetry as a little girl.

"My mom still has a box of poems that I have written," she said.

She attended college at Southern Arkansas University in Magnolia, where she met her mentor, Dr. Bob Terry. He mentored her throughout her college career, encouraging her to write and to continue to develop her poems into something more.

"I wrote a short poem and he helped me work it more and it published in the National Anthology of Literary Poetry in the 1990s," she said. "It would not have been published there if it weren't for him."

He was a supportive, driving force of her writing and success.

Tammy's writing journey did not start out easy. She had some difficulty navigating the word of book publishing, self-publishing and where to start.

"I see other authors say that they will not self-publish, but I am here to tell you that you got to make a name for yourself before a big publishing company will publish your books," she said.

Tammy also began helping others in their writing processes. She started a group, Gathering of Authors, in April 2010. This group has evolved into a "charity organization promoting literacy benefiting St. Jude's Children's Hospital and Arkansas Children's and Autism," according to their Facebook page. The group typically meets in the spring and fall, with 20 to 30 local authors from the Texarkana community and surrounding areas come together to share their passions and raise money in support of a local cause.

Tammy also works hard to educate others on the importance of book reviews and comments.

"When you buy something online, what is the first thing that you look at? Reviews," she said. "Those are important for writers, too. That is like their report card. It is so important to leave reviews, even if you didn't buy the book from that retailer."

Tammy found herself focusing so much of her time on promoting the group and other authors that she didn't have much time to continue writing for herself. She took a break from writing for a few years when she found herself with no hope or inspiration for writing.

In 2012, she finally began writing the Dream Mountain Series based in Mena, Arkansas. She pulled herself out of the writing depression she was in and went on to write a total of four books for the series, finishing the fourth in 2018.

It is important to Tammy that her writing material be wholesome and pure.

"None of my writings have any bad language," she said. "I have always prided myself on that. Who needs that? Why is it necessary? So many books and movies have that in it and I feel we need something refreshing and godlier. We need something inspiring that will make you smile. We need something more positive to hang onto."

In November 2021, Tammy was sitting at her computer when she felt a sudden urge to start typing.

"I just felt like God was speaking to me, so I started typing. I wrote almost an entire page when I got a message in my head, 'Geneva's Cross,'" she said.

Tammy wrote the entire book in 28 days, which she said is the fastest she has ever written a book. She had no idea what the story would be or where it would go.

"I am in awe because I don't think I wrote it. It came from somewhere special," she said. "It is the fastest I have ever written a book and it has so much meaning in it. It has the best story."

Tammy has already started working on the second book in the series, "Geneva's Promise," which is set to be finished in the spring.

Tammy first met Geneva Nettles at church and now considers her a good friend. She said Geneva is a special woman who doesn't let anyone or anything stop her from doing what she wants or what is right.

"She works in her yard, she drives people to their appointments, and she is in her 80s," Tammy said. "If you meet her or anyone like her, then your life will change. Her personality just changes you for the better."

Geneva was surprised to learn that she is was the inspiration to Tammy's book.

"You aren't going to write about my life. It is a little bit colorful," she said. "I don't see myself the way she says, but that makes me feel really good. I am not a reader myself, but she gave me this manuscript of 'Geneva's Cross' and I couldn't put it down! The way she puts words together is just so good."

"As a Christian writer my goal is to lead people into God's light and in the direction of something positive," Tammy said. "That is what 'Geneva's Cross' does. It leads you to the light."

(For information about Tammy and all her titles, visit her website at tammydthompson.com.) 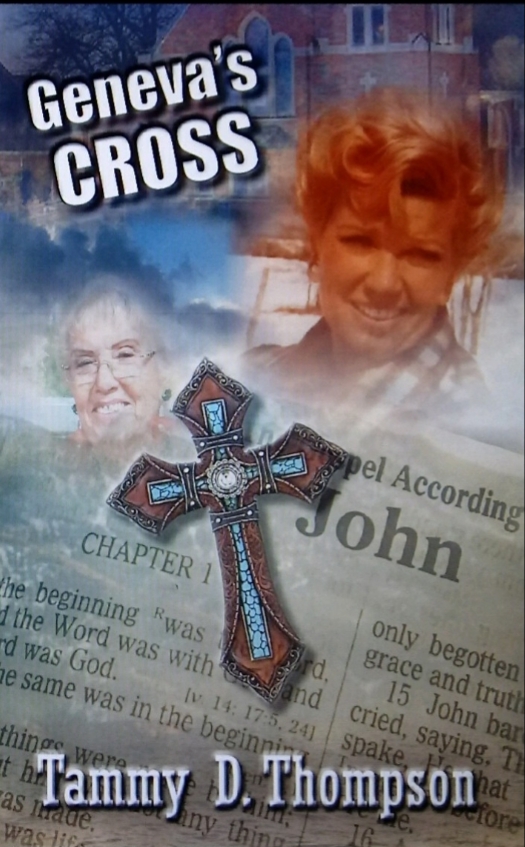 Tammy Thompson, left, with Geneva Nettles, whom she says is the inspiration to her most recent fiction novel, 'Geneva's Cross.' (Submitted Photo)