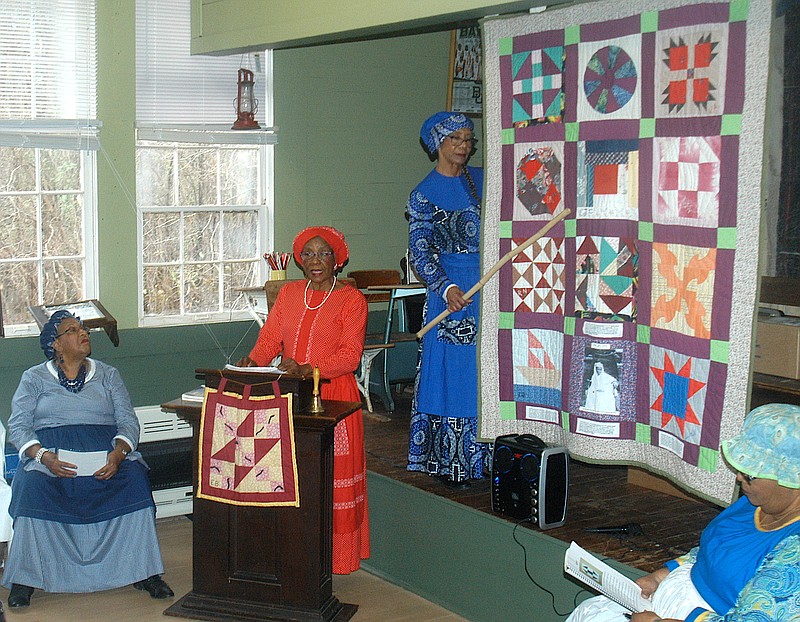 Flo Stephenson points to a quilt that the Pleasant Hill Quilters have made to explain its secret messages for fleeing slaves. With her to sing and explain even further are, from left, LaWanda Warren, Ether Blaylock and Oteria McDaniel. (Photo by Neil Abeles)

The quilters of Pleasant Hill are "re-building and back to quilting," says group member Flo Stevenson.

The Cass County group is again presenting its original program entitled "The Secret Code Quilts of the Underground Railroad" both as a group that travels or in the community's historic Rosenwald School building, which is highlighted by a state heritage marker.

The historic school is north of Linden, Texas.

Recently the quilters made a presentation to Opportunities Inc. in Texarkana.

"But we are down in size," Flo said. "We're down to four presenters, but still we say we are re-building."

One of the group's premier events is the quilt show Linden's upcoming Texas Wildflower Trails celebration April 22-24. This festival involves the towns of Avinger and Hughes Springs, too.

"We're opening the show and inviting anyone who has a quilt to be in the show," Stevenson said. "The Linden First Baptist Church has a large room, and we just don't have as many quilts. Maybe someone's grandmother left one to the family, and now the family would like for others to see it. It can be part of the show that will be judged, and it can also be included in the voting for people's choice."

The quilters of Linden have continued interest in quilting especially through its program about the secret code of quilts during the Civil War.

In this program the performers tell how slaves during the Civil War era escaped to the North by looking for quilts displayed with secret messages about how to proceed or where to find safe houses and trustworthy people.

The quilting ladies tell of the 10 primary patterns used in quilts which communicated messages. A house, river, path, weather to watch for or places to hide might be safely indicated.

In their sparkling clean and starched bonnets and aprons, which they've made themselves, the quilters also sing songs which had coded messages.

The quilters explain while the slave-owner would hear the slaves in the fields singing these songs and know they were at work, the singers knew they were singing about escape.

Some of these songs were:

-- "Stay Back, Trains and Get Your Load"

-- "Somebody Knocking at Your Door"

-- "Somebody Calling my Name"

The quilters also enjoy telling about Harriet Tubman, who was famous for helping lead 300 slaves to freedom along the underground railroad.

"I'll be the point of contact for those who will bring a quilt," she said. "We're going to do more fun things this year in the festival." 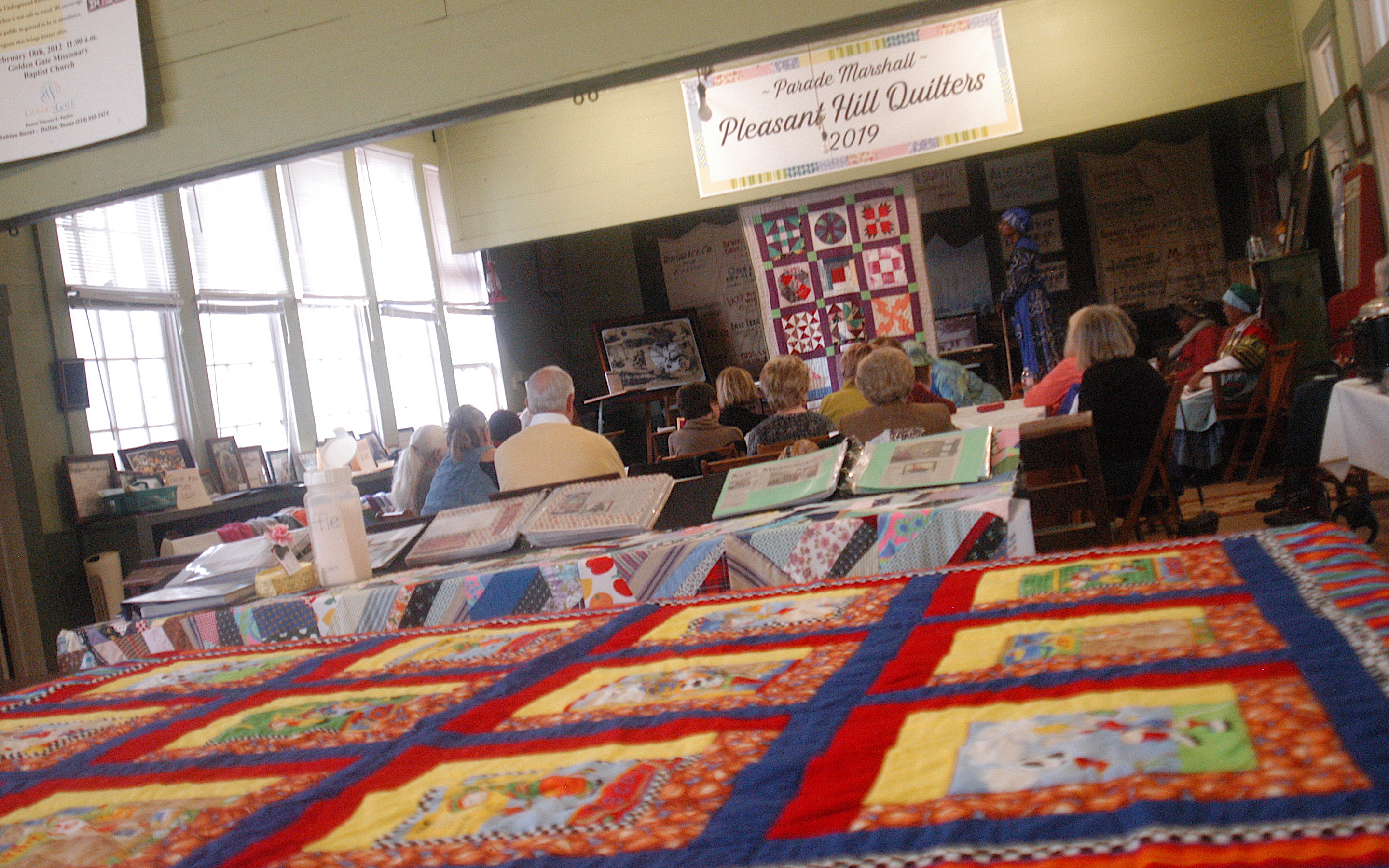 At the historic Rosenwald School north of Linden, Texas, the Pleasant Hill quilting group presents its program, which is the story of quilting for the underground railroad. (Photo by Neil Abeles)