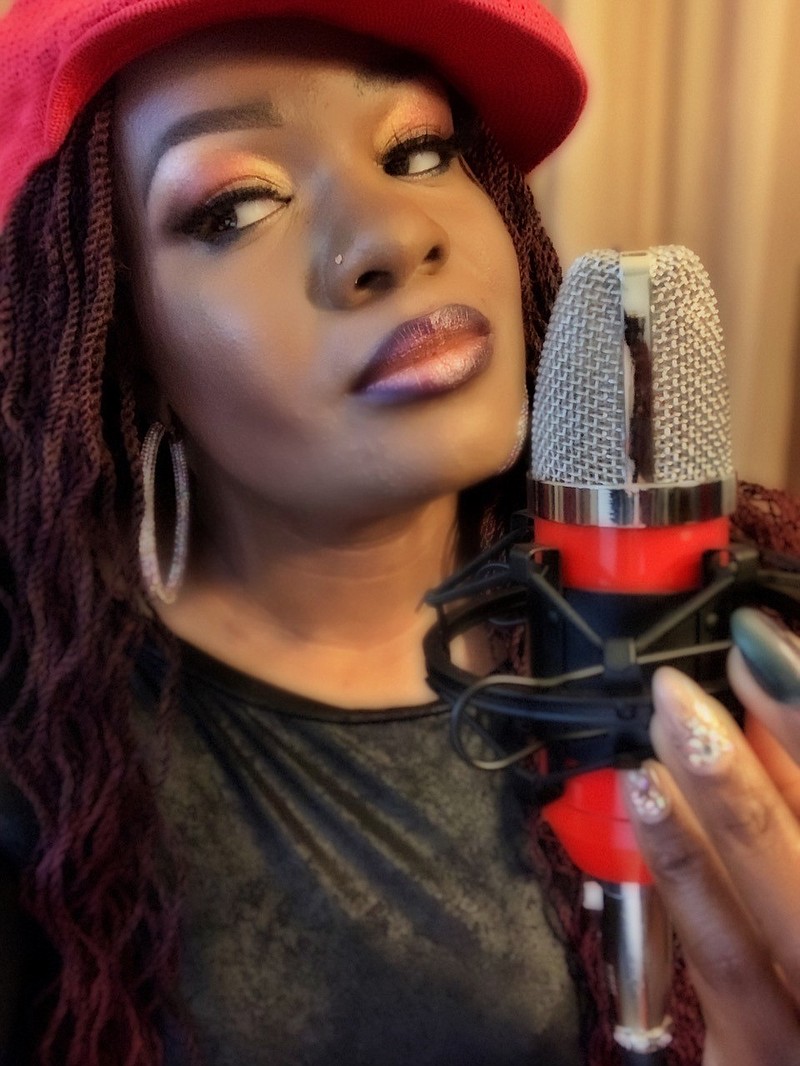 It's not everyday someone from the Twin Cities has the opportunity to work with a music icon.

L. Michelle McCray is from Texarkana, graduated from Texas High and had the pleasure of working with legendary artist Snoop Dogg who she describes as being simply, "Dope."

McCray, who is multi-talented, being a self-taught saxophone player, a singer, and a voice over artist, has always been captivated by the sound of different voices and that is what eventually led her to being a voice featured on Snoop Dogg's album, "Algorithm," seven times. The album was released in November.

But more on the Texarkana native first.

"I love and I'm addicted to the sound of voice," she said. "In college they asked us a trick question and that was what is the first instrument ever introduced to man? The answer was voice. And I do anything with voice and sound."

McCray said she probably started mimicking people's voices in the fifth or sixth grade and got the idea from her mother, Dorothy McCray, who used her voice to inflect life into stories she would read to her as a child.

"She was very creative and always singing for me and I loved what she did," McCray said.

McCray played in the Texas High Band under the longtime band director Buddy Deese and later transitioned to the jazz band led by David Clarke. She was also in the choir led by Vickie Al-Dubais.

When she was 18, McCray got her first voice over job at the Texarkana radio station, 104.7 KTOY.

She giggles remembering what her first job paid her, but it was her start, and she was only at the beginning of her voice career.

McCray attended both Texarkana College and Texarkana A&M University after high school. Her major at Texarkana A&M was mass communications, and this has helped her pursue her current passions.

"The thing is mass comm, people don't understand that it has really benefited me so much. I haven't pulled away from it at all," she said. "I've pursued arts and entertainment and where do you see that -- and where do you see music? In entertainment. I learned about media law and ethics, copyright law and marketing. I learned about audio video and video editing. I still use that to make my own commercials. It's so wonderful. Some of my natural talents have carried over to mass communications."

Voiceovers and voice acting are one in the same, and McCray said she has done them both. She said voice overs are more for something like commercials and voice acting would be something you would hear characters in movies say that brings them to life on screen.

"I've been doing this for years. Your vocal cords are muscles. I am self-taught. I had one theater speech class at Texarkana College," she said.

And all her voice training is what led up to her meeting Snoop Dog over the computer. The encounter that McCray considers to be a godsend in so many ways happened after she moved to Boston as she was accepted into the Berklee College of Music. At the end of December 2019, her friend, Robert Webb of Texarkana, invited her to join an app called Clubhouse. When she got sick in January and later the pandemic hit the country, she figured she needed an outlet for her creativity.

She decided to join Clubhouse, but at first the app was overwhelming because there were so many people speaking at the same time it was confusing. So, with her voice, McCray caught other people's attention on the app by telling them the subject they were talking about and doing what is known on Clubhouse as a "reset," or change in the direction of conversation.

"It was like a lifesaver to be on and connect with people. If people were single like me at the time, they had nobody and were isolated," she said.

As she continued using the app, she discovered rooms and met people doing voice competitions for prizes. One day, she was brought into the room where Snoop Dogg was listening in and she was asked to sound like Alexa and did it so convincingly that the rap star said, "Hold on, Hold on, yo." He then asked her to give him directions to the nearest Waffle House using a voice over like a computerized GPS.

"I said it is located 3.5 miles from your destination, and everyone was going berserk," she said. "He followed me right then."

McCray said she is thankful that L.T. Hutton, who produced the movie about Tupac, "All Eyez on Me," introduced Snoop Dogg to Clubhouse.

A few days later, she fell asleep while using Clubhouse and with one eye open, she sees a message from will.I.am., lead member of the Black Eyed Peas, expressing his interest in her skills. Within a few days, he was following her on Instagram and told her he would like to work with her in the future.

All this excitement was in April 2019.

In December 2019, Snoop Dogg wanted to contact McCray, but could not remember how to find her on Clubhouse. So, he started searching for "that lady with the voice," and soon on Instagram people were messaging her telling her that Snoop Dogg was looking for her.

"I still have screenshots of those messages," she said.

Through phone calls and another visit to Clubhouse, she finally spoke on the phone to Snoop Dogg the following August. Prior to that, his assistant had told her that Snoop Dogg wanted her to help navigate people through the musical house he was building.

"I got on the phone with Snoop Dogg, and he sounds the same as you'd think. He's so cool," she said. "To me he's dope all the way around. He's real. I was looking at an interview the other day and he said he made a career out of being 'myself,' and that is what I'm doing. I'm goofy. I'm playful. I love the music industry. I love the arts."

The conversation with the rapper confirmed he had been looking for her for a while and he was ready to work with her.

"He was excited. He said he considered me part of the team and said this will be the first of many things if we hit a home run with it," she said. "And that was dope. That was really dope."

She was directed by his team to send voice prompts and to be as creative as she could. She did not hear much back, but realized they were working on the whole album. One of McCray's seven voice segments has to do with Snoop Dogg and his well-known love for marijuana. On the album, McCray answers the question many have asked online for years -- how much weed does Snoop Dogg smoke? The answer on the album is, "Snoop Dogg smokes an infinite amount of weed. Scientifically known as cannabis, more commonly called Mary Jane."

Additionally, McCray gives several more navigations on the album including directions to how to find his Snoop Dogg clothing store in the city of Inglewood, California. When McCray finally heard herself on the album, it was unreal, she said. The album was released in November.

"It was amazing with 20 A's," she said. "I was listed on seven (tracks) and what's crazy it's humbling and it's also one of those things that when you know you can, you can. You really know you can do something you know it is going to happen. My heart is really pure towards something. My parents are my witness. Even during the hardships and tragedy I've been through they said some people would not have been able to go through what you went through. When something like this happens, it's like, thank you, God. Thank you for allowing this to happen."

Snoop sang her accolades after the album was completed.

"He said, 'You stay ready. You were always ready, and it was an easy call.'" 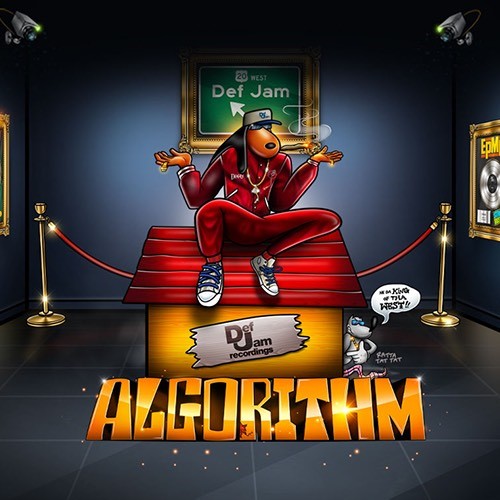 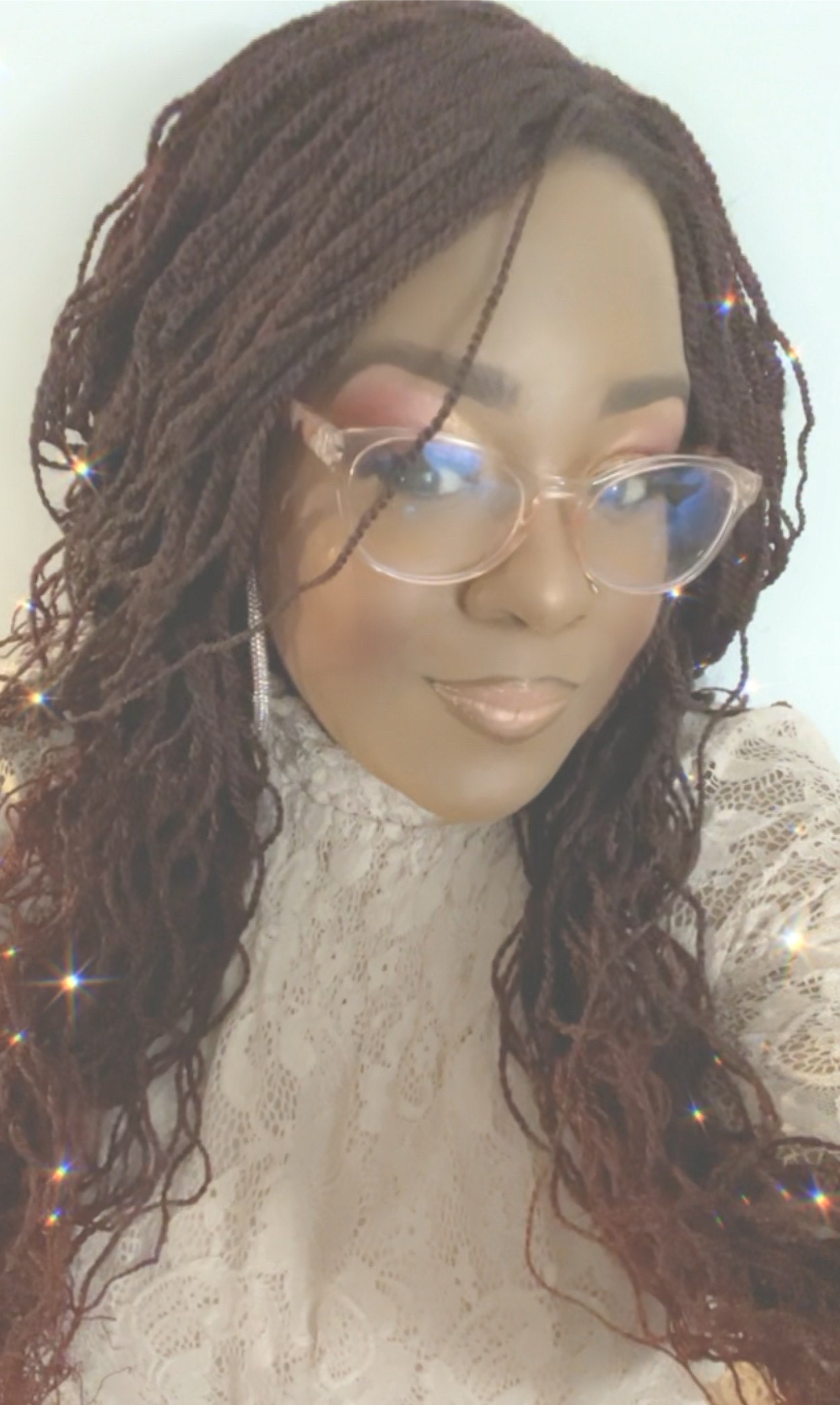 L. Michelle McCray says her voice is her favorite instrument. She has crafted her skills through the years, so much so that she now attracts the attention of movers and shakers in the entertainment industry. (Contributed photo)