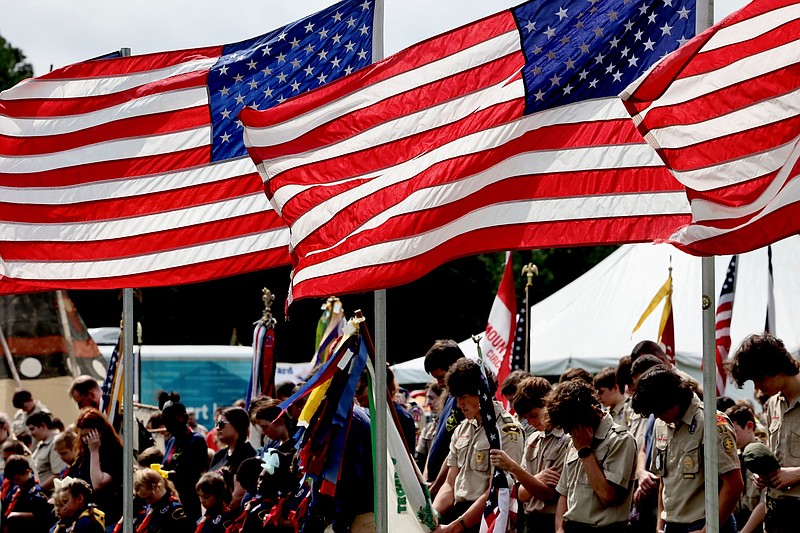 American flags fly during the opening prayer ceremony at the 55th Scout-O-Rama on Saturday, April 30, 2022, at Spring Lake Park in Texarkana, Texas. (Photo by JD)

Apart from the 600 to 800 Scouts participating in the 55th Scout-O-Rama Saturday at Spring Lake Park, about 5,000 regional residents came out to support the event, said Robert Davis, Caddo Council administrative director.

"Some of the Scouts came from as far away as Dallas and Little Rock," Davis said. "We've had as many as 1,000 Scouts here in years past -- mostly from two counties in Texas and eight counties in Arkansas, many of them are from cities like Fouke, New Boston, Hope and Atlanta."

The threat of a thunderstorm Saturday led to rescheduling the car show to June 25 at the park, Davis said.

Melody Stotts opened the Scout-O-Rama with the national anthem.

"I first got connected to Scouting events through a Club Scouts group, and the thing I like about all Scouts is their desire to serve the community," she said.

The Scholars youth organization also came out for Scout-O-Rama. Co-founder Rhonda Dolberry said the event aligns with The Scholars' focus on academic learning and higher education.

"We love the fact that our group is exposed to other activities and organizations like Boy Scouts of America," said Dolberry, who also cited a four-year partnership with Texas A&M University-Texarkana in The Scholars' mission to promote learning.

Scout-O-Rama is a bright spot in the year for Vietnam Veterans of America, Chapter 278, which provided breakfast for the hundreds of Scouts at Spring Lake Park.

"In the last 10 years, I've liked meeting with these good kids, and we still have fun talking with the them," Chapter 278 President Greg Beck said.

Connie Smith, who is affiliated with the VVA, agreed.

"I love the Scouts, because they are some of the most well-mannered and considerate kids I've ever met," she said.

"I didn't think there would really be very many of them here, but there were -- and they were very respectful, especially the way they carried the American flag."

Texarkana Kiwanis Club member Monty Murry said the club will continue to be a supporter of the Scouts.

"The Kiwanis and the Scouts are two organizations that basically go hand in hand and have done so for years," he said. 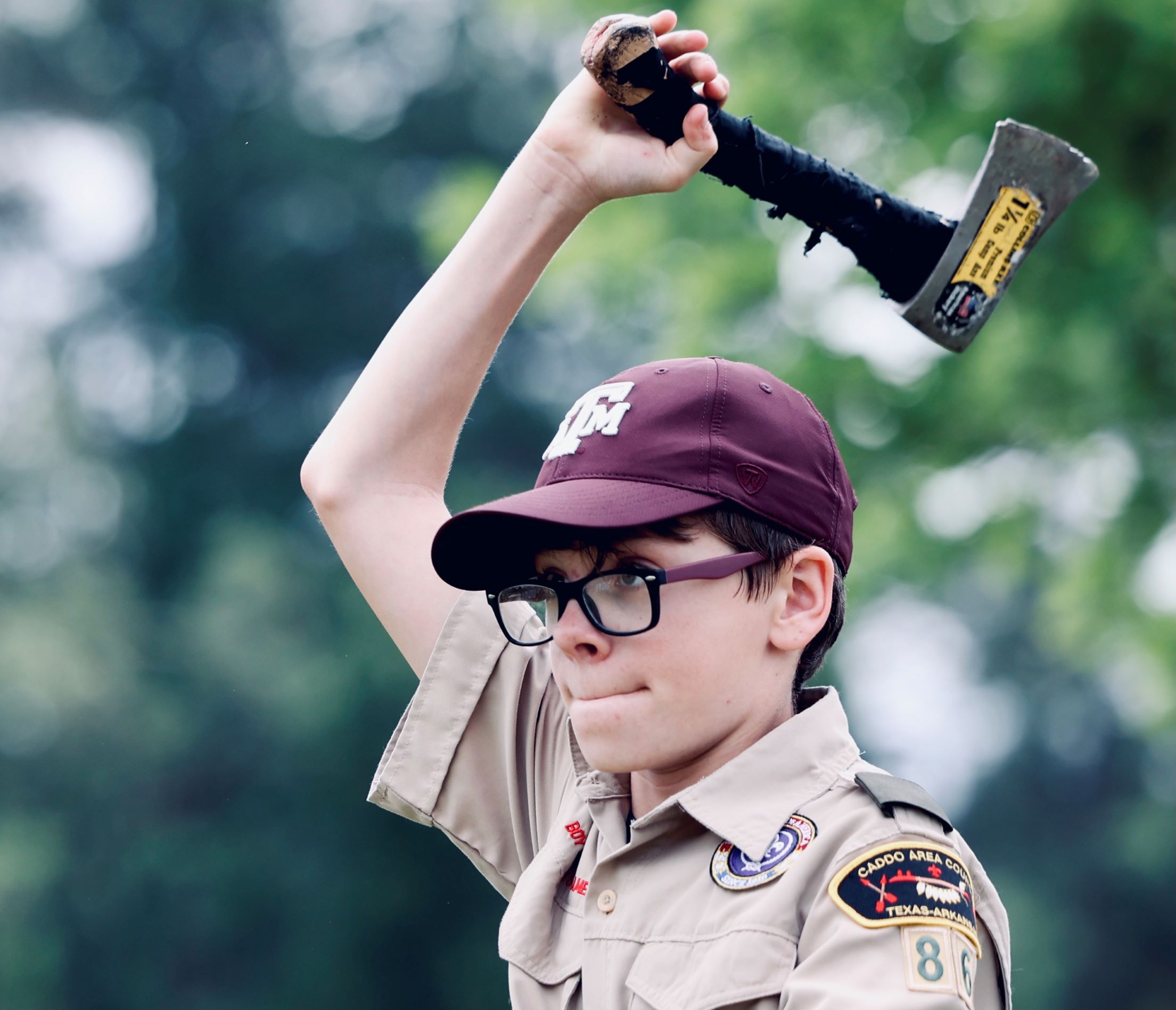 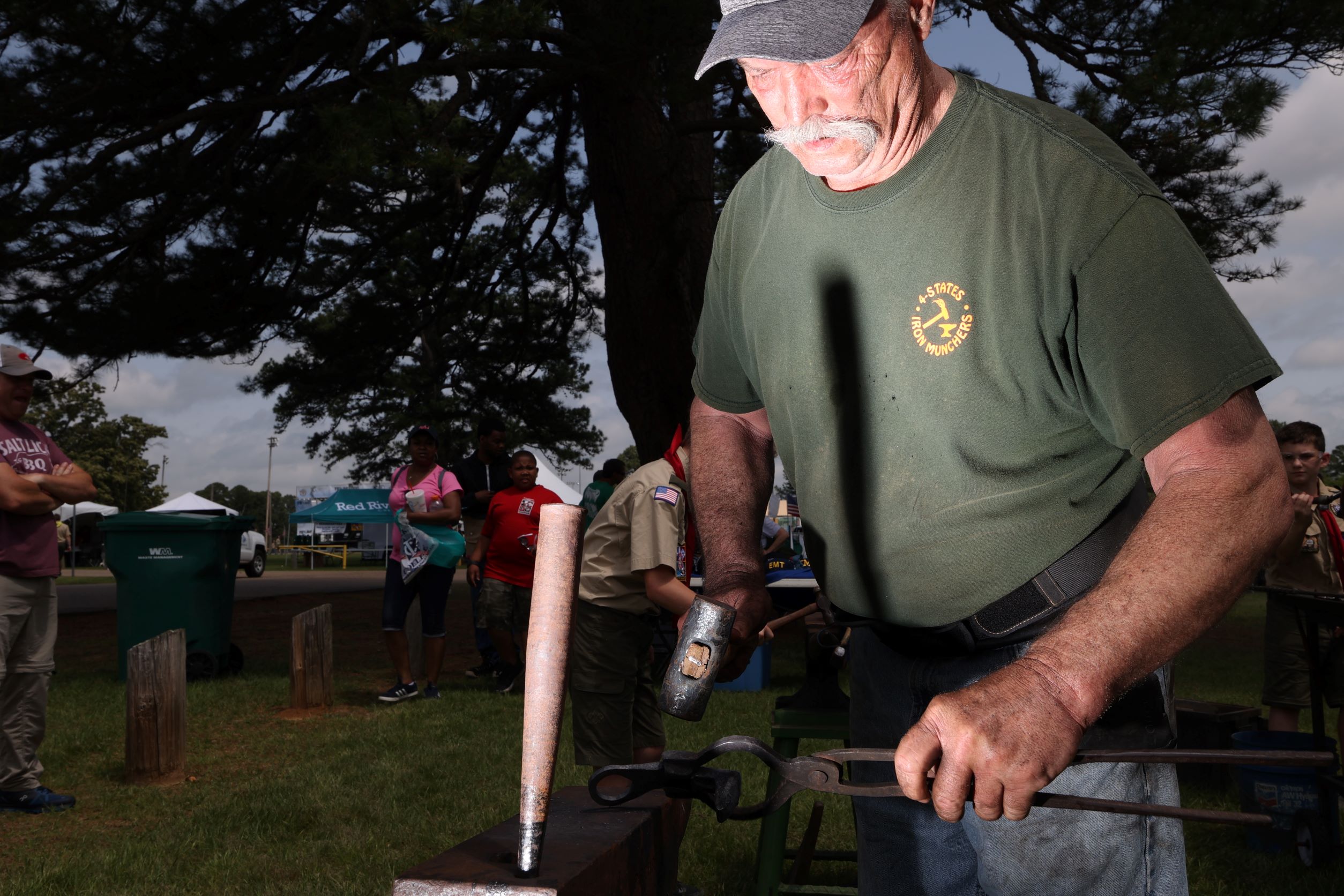 Mark Lanier of Texarkana, Arkansas, works on a wizard head bottle during a blacksmithing demonstration at the 55th Scout-O-Rama on Saturday, April 30, 2022, at Spring Lake Park in Texarkana, Texas. Lanier has been a blacksmith for six years. (Photo by JD) 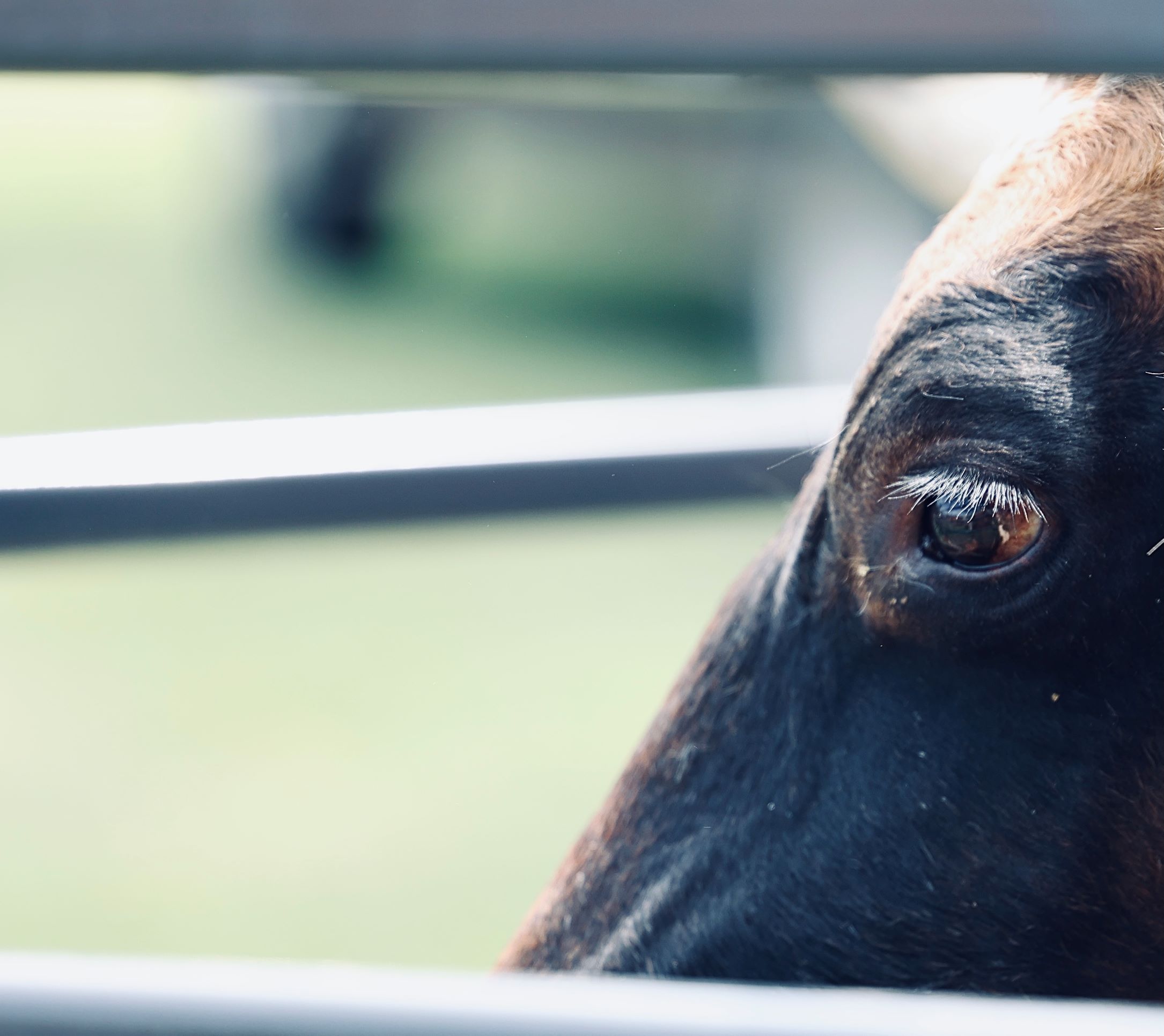 Longhorn Sara Evans keeps an eye on Scouts and guests during the 55th Scout-O-Rama on Saturday, April 30, 2022, at Spring Lake Park in Texarkana, Texas. (Photo by JD) 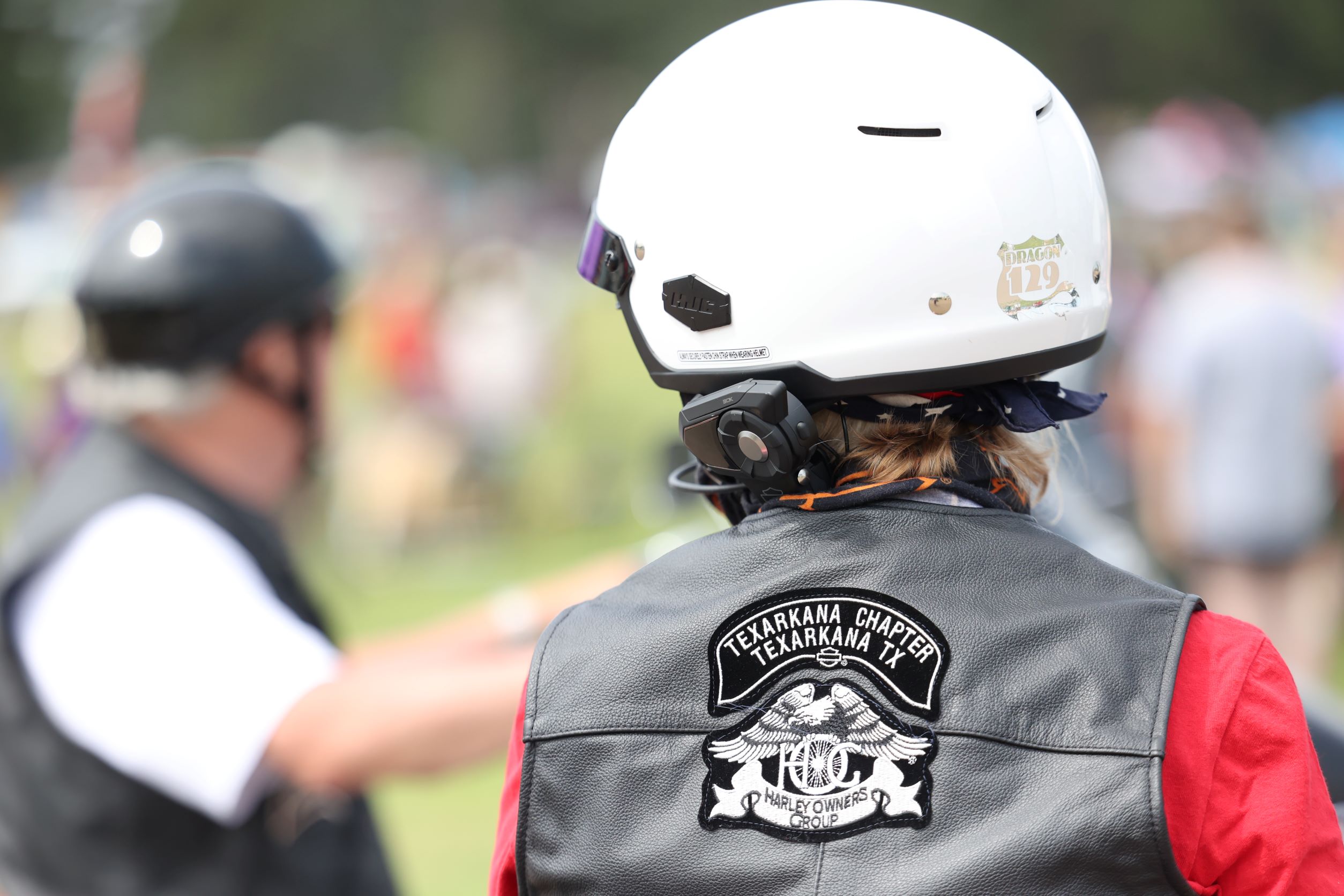 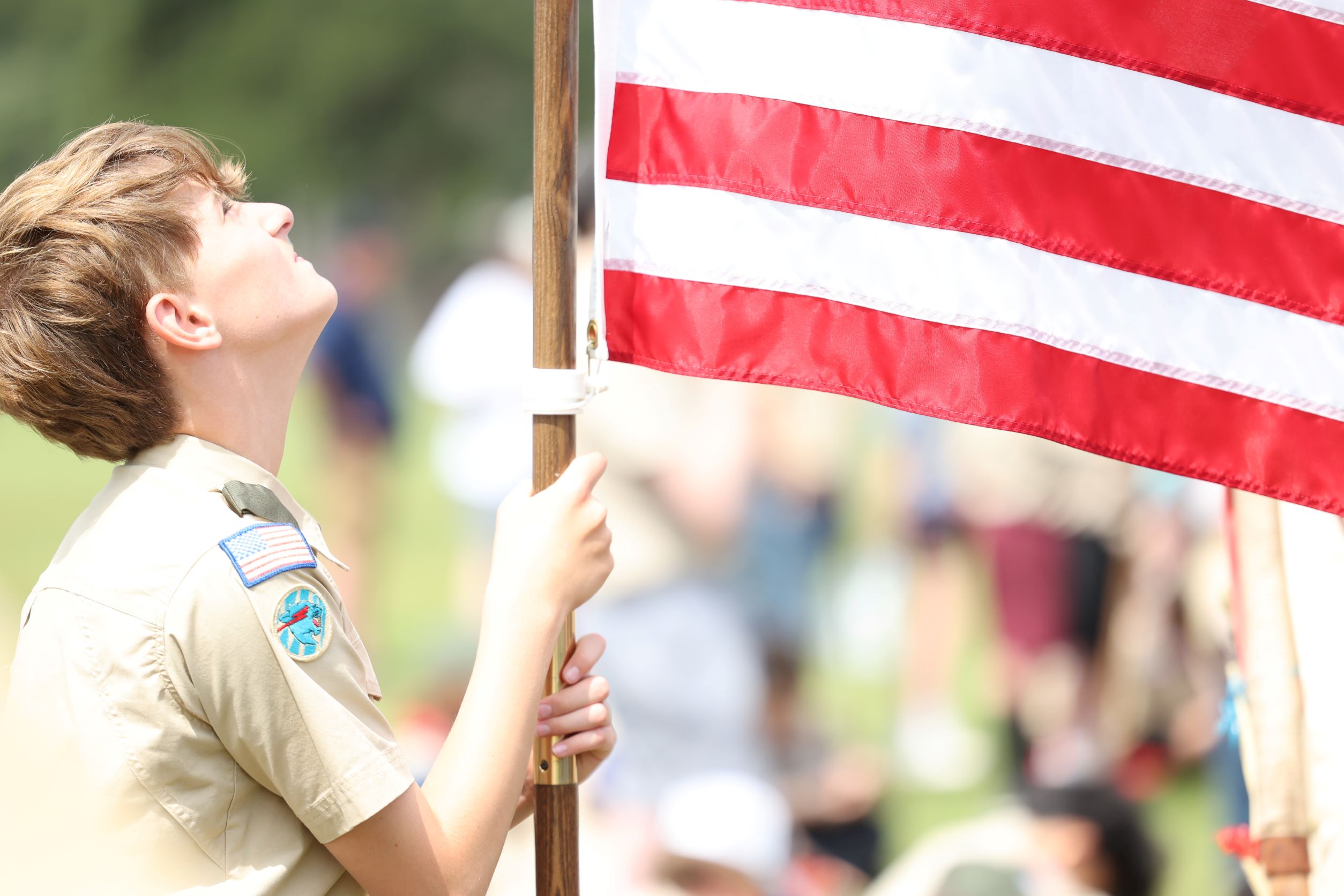 Pierce Warner, 13, of Texarkana, Texas, holds an American flag during the opening ceremony of the 55th Scout-O-Rama on Saturday, April 30, 2022, at Spring Lake Park in Texarkana. (Photo by JD)