Eddy Arnold was all business 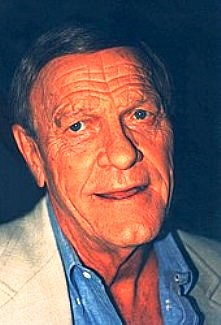 This week in 1959: The Texas Company changed it's name to Texaco, Inc.; Fidel Castro asked the U.S. for $30 billion over 10 years to make Latin America safe for democracy; the United States agreed on nuclear cooperation with Canada; and a singer from Henderson, Tennessee, was about to record his 74th hit record.

According to Chet Atkins, Eddy Arnold was one of the most serious artists he worked with while producing records for RCA Victor.

Chet said "Eddy Arnold was serious about everything. He would always look you right in the eye and tell you what he thought. I always admired that about him. He was in my office one afternoon going over a song he planned to record – "Tennessee Stud." And Jerry Reed bounced in. Reed would just show up – come up to my office and walk right in. He was just that kind of character. Then he would start with "Chief – you oughta do this and you oughta do that, etc."

"It kind of caught me off guard and I tried to explain to Eddy, 'Jerry Reed is a genius. I get a lot of good albums out of him. I get hit songs and guitar licks from him. But you're right and I apologize.'

Arnold recorded "Tennessee Stud" a few days later and it came on the charts June 22, 1959 and peaked at No. 5. It was Arnold's 74th charted song.

He joined The Grand Ole Opry in 1943 and was inducted into The Country Music Hall Of Fame in 1966. He was awarded a Grammy Lifetime Achievement in 2005

Join Doug Davis weekends from 6 a.m. to noon on KPIG-FM Radio 103.9 for "Roots of Country" on Saturdays and Sundays for "Sunday Country." You can also listen online at Mypigradio.com.