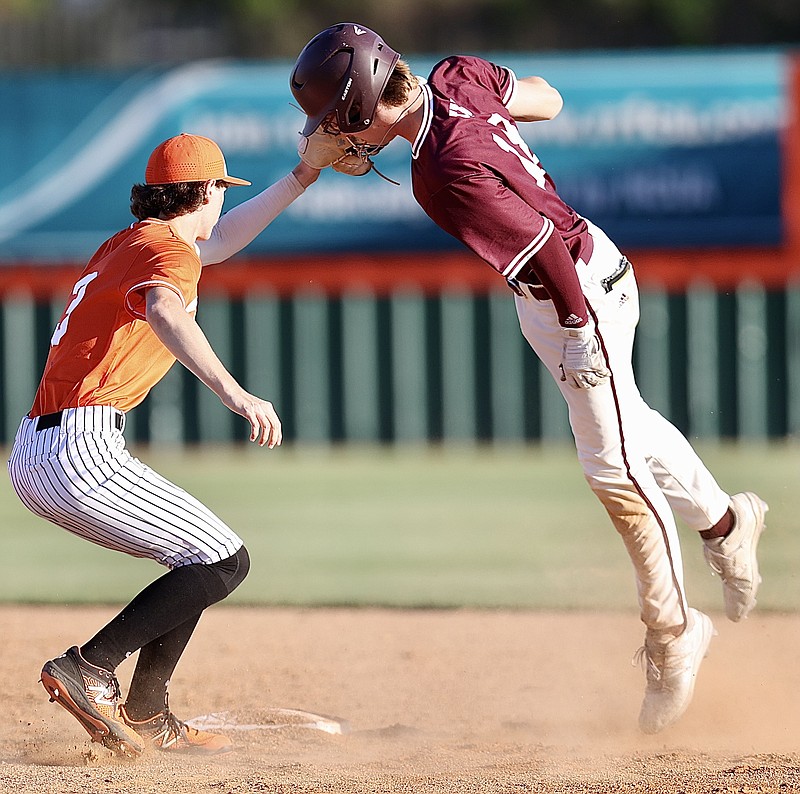 TEXARKANA, Texas -- Whitehouse took the early lead against Texas High and never let go to claim the opener of the Class 5A bi-district series Friday.

The Wildcats built a 7-0 lead through four innings, scoring five in the second, and won Game 1 by a score of 7-1 at Tiger Field.

Game 2 is set for 2 p.m. today at Whitehouse's Wildcat Field. Should THS tie the series, the rubber game is set for 7 p.m. Monday at Marshall High School.

Whitehouse sophomore right-hander Michael Dudolski, a Texas A&M commit, went the distance and scattered six hits. He struck out two, walked one and gave up one earned run.

DH Jordan Crouch led off the Tigers' sixth with a sharply-hit single to left, and Nathan Steele brought in the home team's run with his second double, this one down the left-field line.

The Wildcats took a commanding 5-0 lead in the second inning and chased Texas High starter Steele in the same frame.

After scoring an unearned run in the first inning, Whitehouse banged out five hits, including an RBI double by Jermod McCoy and 2-run single by Colton Eikner, to prompt the pitching change after the 5-0 lead.

McCoy singled in a run in the third for the Wildcats, and the seventh run crossed on a passed ball in the fourth inning.

Prior to the sixth, the Tigers' best chances to score came in the first and fourth innings.

In the first, Jacob Yowell one-hopped the wall in left to lead off the inning with a double, and Steele hammered a 1-out double over the center fielder's head.

However, McCoy, the Wildcat center fielder, made a strong throw to the shortstop, whose relay throw home was in time to get Yowell.

In the fourth, Luke Smith singled to left, and a late throw to second on a fielder's choice put two on with one out. A pair of flyouts stranded the runners at the corners.

Steele led Texas High with his pair of doubles.