TEST DRIVE | Ford Explorer behind the times but popular with consumers 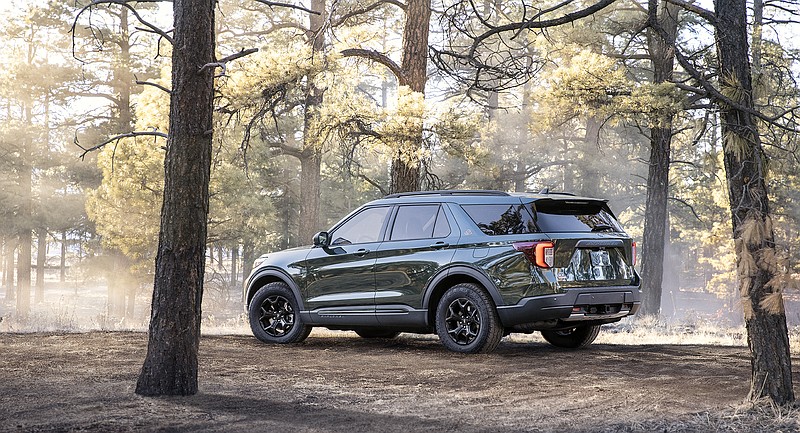 Driving the sixth-generation Ford Explorer leads one to wonder how long Ford can delay rolling out the seventh iteration of America's top-selling SUV.

Since rolling into showrooms in 1990, the Explorer has been at the vanguard of the movement that took American families out of cars and into sport utility vehicles. Initially modeled on Ford's compact Ranger pickup, the Explorer debuted with best-in-class interior volume and up to six seats.

Indeed, in many ways, Explorer's history is emblematic of how that market has grown and developed. In its first three years, Ford sold nearly three-quarters of a million. More power, more luxury – an Eddie Bauer version – and more capability, such as full-time all-wheel drive, followed. Seeing the public's enthusiastic reception, Ford quickly developed a larger, more powerful version based on the F-150 pickup.

On the plus side, the Explorer has been a leader in innovation and family safety. It was the first to offer a center-mounted taillight and standard rear antilock brakes. On the downside, Explorer has had a series of embarrassments. Most notable was a finger-pointing fiasco with Firestone over tire failures that killed 148 people and injured 525 in some 3,000 rollover accidents.

There also has been a seemingly never-ending list of mechanical failures. Transmission problems, paint and body failures, and a host of under-the-hood bugaboos continued the give Explorer a lousy reputation for durability. Indeed, 253,000 2020-2022 models were recalled last week because a design flaw can allow the vehicle to roll away, even while in park.

It was the second recall for the latest generation Explorer, new in 2020. In February, the National Highway Traffic Safety Administration recalled 18,366 Explorers and Lincoln Aviators because a fuel filler tube could detach and cause a fire.

Indeed, reliability issues are cited by virtually every major rating service, none of which puts Explorer in the top tier of a crowded market niche. Consumer Reports, for example, rates Explorer 13th among 14 midsize SUVs, giving it a score of 47. The top-rated Kia Telluride, which sells for thousands of dollars less, scored 97. The top-selling Toyota Highlander rated an 88.

Car and Driver rated the Explorer 12th out of 24 midsize SUVs. In a separate evaluation, C&D noted that the Explorer finished at the bottom on the skidpad and in the slalom. There was good news for all those police officers who work in Explorers every day: It has the best brakes.

U.S. News and World Report, which combines the reviews of dozens of automotive journalists, puts Explorer 16th of 22 vehicles in its class.

You can check them all – I also recommend Kelly Blue Book and Edmunds.com – and you will see some real differences in opinion. Most auto writers are men who tenaciously cling to their teen identities, and are smitten with big-block, high-output engines; thus, the hopelessly outdated, fuel-guzzling Dodge Durango occasionally cracks the top 10 and the button-downed, conservative Highlander occasionally does not.

But the Explorer never does, and there is widespread agreement about that with everyone but buyers.

When first I drove our tester, an XLT with a premium options group and sport appearance package, I took note of the chintzy interior materials (been a long time since I've seen a rat-fuzz headliner), the uninspired handling, the below-average ride, and the hard flat seats, and the general lack of refinement.

I also noted the growly engine and uncertain transmission. My instinct is to be fair, and I thought, "Well, OK. Perhaps this is a budget model."

Let me carefully, step-by-step, and with all due consideration, evaluate the value proposition here. No.

Our tester came with come 13,000 miles on it. Under even moderate acceleration, it felt like and sounded like a three-year-old rental car.

Of course, auto critics are hardly the final judge of these things. Explorers continue to record strong sales. In the first quarter of 2022, despite supply-chain issues that for a time shut down production, Explorer was second in sales to only the Highlander.

At 63,537 units, Explorer outsold Telluride by a more than 2:1 margin, according to goodcarbadcar.

Full disclosure: I happen to own a few shares of Ford stock, but I am not saying these things because I am mad about losing so much money last week. On the contrary, I think Ford is a smart long play and I am impressed that in the short-term CEO Jim Farley is maximizing profit from internal-combustion engine stock while transforming Ford into an electric-car maker.

Not completely electric, one hastens to add. In March, Farley split Ford into two units: "Ford Blue" to handle conventional drivetrains, and "Ford Model e" for the electric side. It's not like he's hedging his bets. Ford also operates an extensive commercial truck business as well as selling heavy-duty pickups. The mass and workload of larger vehicles make it difficult to build electric versions with acceptable range capacity.

Remaking a company that can do both is painful. While Ford is pouring billions into building factories and forming partnerships to build chips and batteries, it is also reducing investments and headcounts in other areas. Last week it announced it was terminating more than 500 engineers. In the meantime, it is in Silicone Valley recruiting new talent.

"I kind of was watching the management team struggle with this transformation," Farley said in a public appearance in March. "From 7 to 8 they were working on chip supply, from 9 to 10 they were trying to find lithium and nickel, from 10 to 11 they were working back on emission control for a Super Duty," he said. "You just can't ask people to do that many different things."

A new Explorer is not something left for the new kids to design. Ford has an electric Explorer and Lincoln Aviator nearly ready for production. In December, however, it put those plans on hold, saying it needed the capacity at its Cuautitlán plant in Mexico, home of the soldout Mustang Mach-E. In April, the Mach-E reached a new sales record and Ford said it plans to sell 200,000 units a year by 2023.

The Explorer and Aviator are to enter production at a yet to be determined location in December 2024, Ford said in a memo to suppliers. Ford also recently began production of the Mach-E in China.

Perhaps by the time it finally rolls out the new Explorer, the public will be ready to accept an e-version. 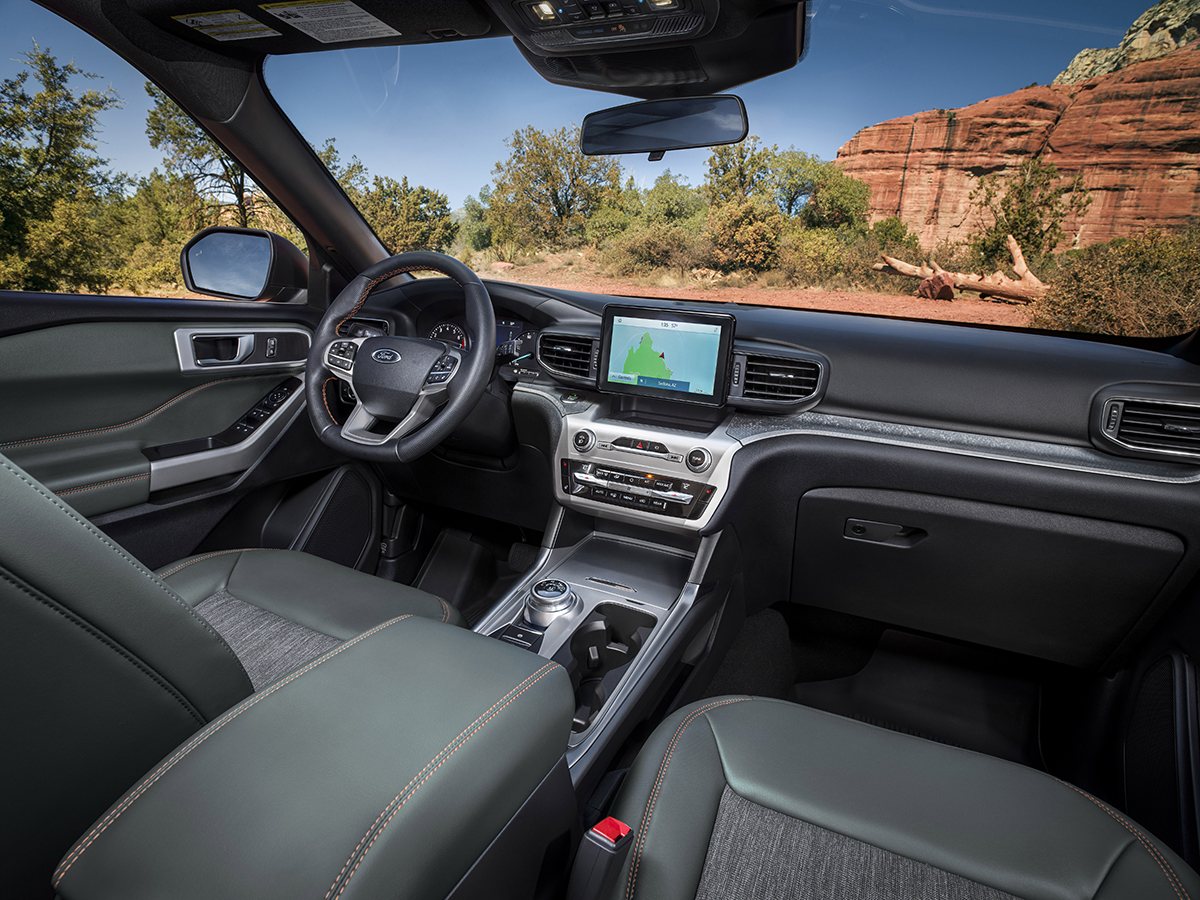 Print Headline: Ford Explorer XLT: Behind the times but popular with consumers