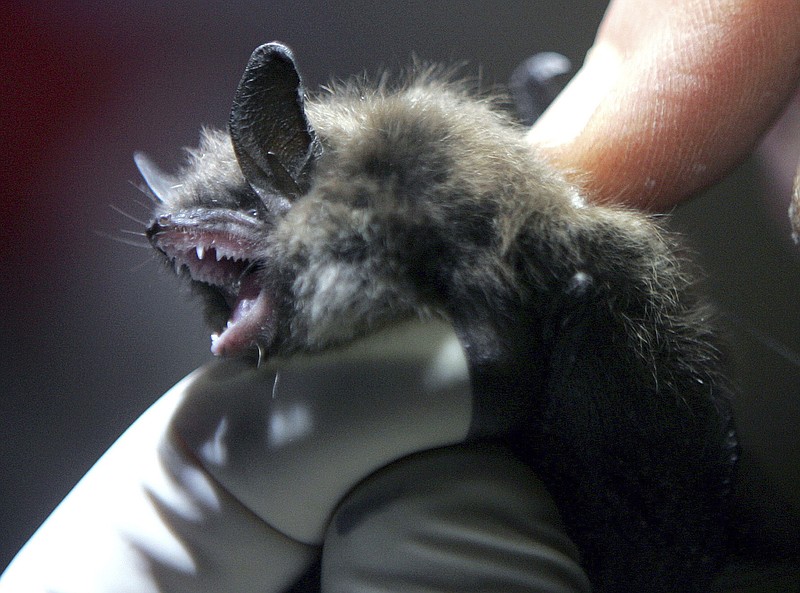 In this Jan. 27, 2009, file photo, a radio transmitter is inserted into a brown bat in an abandoned mine in Rosendale, N.Y. (AP Photo/Mike Groll, File)

The public can tune in live to the simulcast beginning 8:20 p.m. on the BCI and TPWD Facebook pages.

Biologists also will discuss the Recovering America's Wildlife Act and how it will benefit species of greatest conservation need, like Texas bats.

"RAWA, which is currently racing through Congress with unprecedented bipartisan support," TPWD said in a news release. "RAWA could bring $50 million to Texas to help save wildlife, restore land like Bracken Cave and give Texans more ways to enjoy the outdoors."

RAWA is supported by the Texas Alliance for America's Fish and Wildlife, a statewide coalition of more than 165 diverse organizations and businesses, the National Wildlife Federation, The Wildlife Society and the American Fisheries Society.