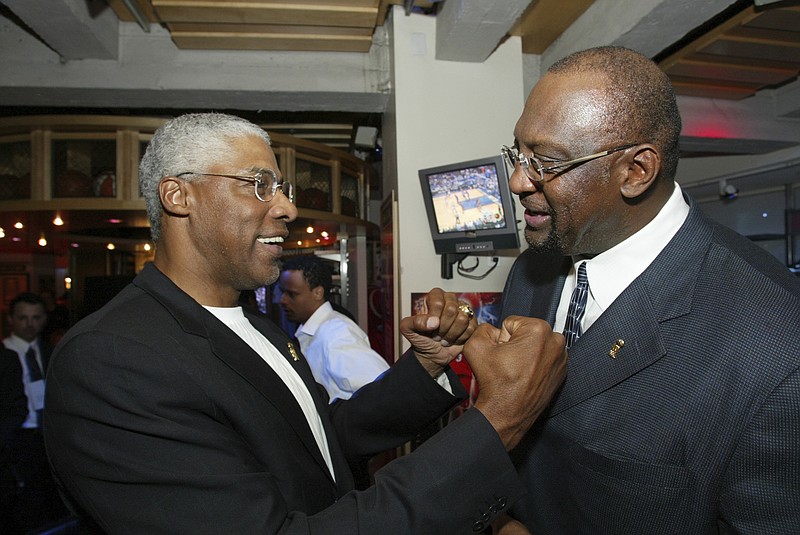 FILE -NBA legend Julius 'Dr. J' Erving, left, greets former Milwaukee Bucks' Bob Lanier during LeBron James presentation for the NBA Rookie of the Year award at the NBA Store on New York's 5th Avenue, Tuesday, April 20, 2004. Bob Lanier, the left-handed big man who muscled up beside the likes of Kareem Abdul-Jabbar as one of the NBA’s top players of the 1970s, died Tuesday, May 10, 2022. He was 73.(AP Photo/Stuart Ramson, File)

Bob Lanier, the left-handed big man who muscled up beside the likes of Kareem Abdul-Jabbar as one of the NBA's top players of the 1970s, died Tuesday. He was 73.

The NBA said Lanier died after a short illness. The Hall of Famer had worked for the league as a global ambassador. The Athletic reported in 2019 that Lanier was being treated for bladder cancer.

Lanier played 14 seasons with the Detroit Pistons and Milwaukee Bucks and averaged 20.1 points and 10.1 rebounds for his career. He is third on the Pistons' career list in both points and rebounds. Detroit drafted Lanier with the No. 1 overall pick in 1970 after he led St. Bonaventure to the Final Four.

NBA Commissioner Adam Silver said Lanier was among the most talented centers in league history, and added that his accomplishments went far beyond what he did on the court.

"For more than 30 years, Bob served as our global ambassador and as a special assistant to David Stern and then me, traveling the world to teach the game's values and make a positive impact on young people everywhere," Silver said in a statement. "It was a labor of love for Bob, who was one of the kindest and most genuine people I have ever been around."

At 6-foot-10 and 250 pounds, Lanier was considered a big man during his time and used that bulk to his advantage.

Lanier went into the Naismith Memorial Basketball Hall of Fame in 1992. But his boat-size shoes got there ahead of him, with a display of his bronzed sneakers in the shrine.

He was known for wearing size 22 shoes, although that was disputed in 1989 by a Converse representative, who told The Atlanta Constitution that Lanier wore size 18 1/2.

"The 22 he was reputed to wear was a Korean size," shoe rep Gary Stoken said.

Not contested was the abundantly clear fact that his feet were big.

"A lot of people can put both feet into one of my shoes," Lanier told HOOP magazine.

Born Sept. 10, 1948, in Buffalo, New York, Lanier starred in college at St. Bonaventure, where he averaged 27.6 points and 15.7 rebounds in three seasons. The Bonnies made it all the way to the Final Four in 1970, but Lanier had injured his knee in the regional final, and St. Bonaventure lost in the national semifinals to Jacksonville.

Lanier overcame a litany of orthopedic injuries, dealing with shoulder, back, elbow, hand and toe problems during his career. But that didn't prevent him from earning his place among the top NBA centers of his era. After being named to the all-rookie team in 1971, he averaged at least 21 points and 11 rebounds for each of the next seven seasons. Lanier was an eight-time All-Star and the MVP of the 1974 All-Star Game.

He remains the Pistons' franchise leader in scoring average at 22.7 points per game, beloved in Detroit for both his fierceness and friendliness.

"As fierce and as dominant as Bob was on the court, he was equally kind and impactful in the community," the Pistons said. "As an ambassador for both the Pistons organization and the NBA, he represented our league, our franchise and our fans with great passion and integrity. We extend our heartfelt condolences to Bob's family and friends."

Lanier could beat opponents from the inside and the outside while ruling the boards. Although Abdul-Jabbar had a more famous hook shot, the sky hook, Lanier's was very much a weapon.

"Guys didn't change teams as much, so when you were facing the Bulls or the Bucks or New York, you had all these rivalries," Lanier told NBA.com in 2018. "Lanier against Jabbar! Jabbar against Willis Reed! And then (Wilt) Chamberlain, and Artis Gilmore, and Bill Walton! You had all these great big men and the game was played from inside out."

As exceptional as Lanier was, the Pistons won only one playoff series with him. He played 64 games or fewer in each of his last four full seasons with Detroit. In February 1980, he was traded to Milwaukee.

Lanier averaged fewer minutes with the Bucks, but he was part of Milwaukee teams that reached the Eastern Conference finals in 1983 and 1984, the final two seasons of his career.

"Even more than his basketball success, which included his being an All-Star in 1982, Bob was one of the most popular players with Bucks fans and known throughout the community for his generosity and kindness," the Bucks said in a statement.

He also served as president of the players' union during the final years of his career, with Silver saying that he played "a key role in the negotiation of a game-changing collective bargaining agreement."

Lanier was Detroit's career leader in points and rebounds before he was passed by Isiah Thomas and Bill Laimbeer in those categories, and his single-game franchise record of 33 rebounds was topped by Dennis Rodman.

In 1995, Lanier was an assistant coach for the Golden State Warriors, then took over as coach on an interim basis after Don Nelson resigned. Lanier went 12-25, and the Warriors found another coach after the season.

Lanier won the NBA's J. Walter Kennedy Citizenship Award for the 1977-78 season for outstanding community service. Following his playing career, he helped start the NBA's Stay in School campaign and participated in other outreach for the league.

"There's so much need out here," Lanier said. "When you're traveling around to different cities and different countries, you see there are so many people in dire straits that the NBA can only do so much. We make a vast, vast difference, but there's always so much more to do." 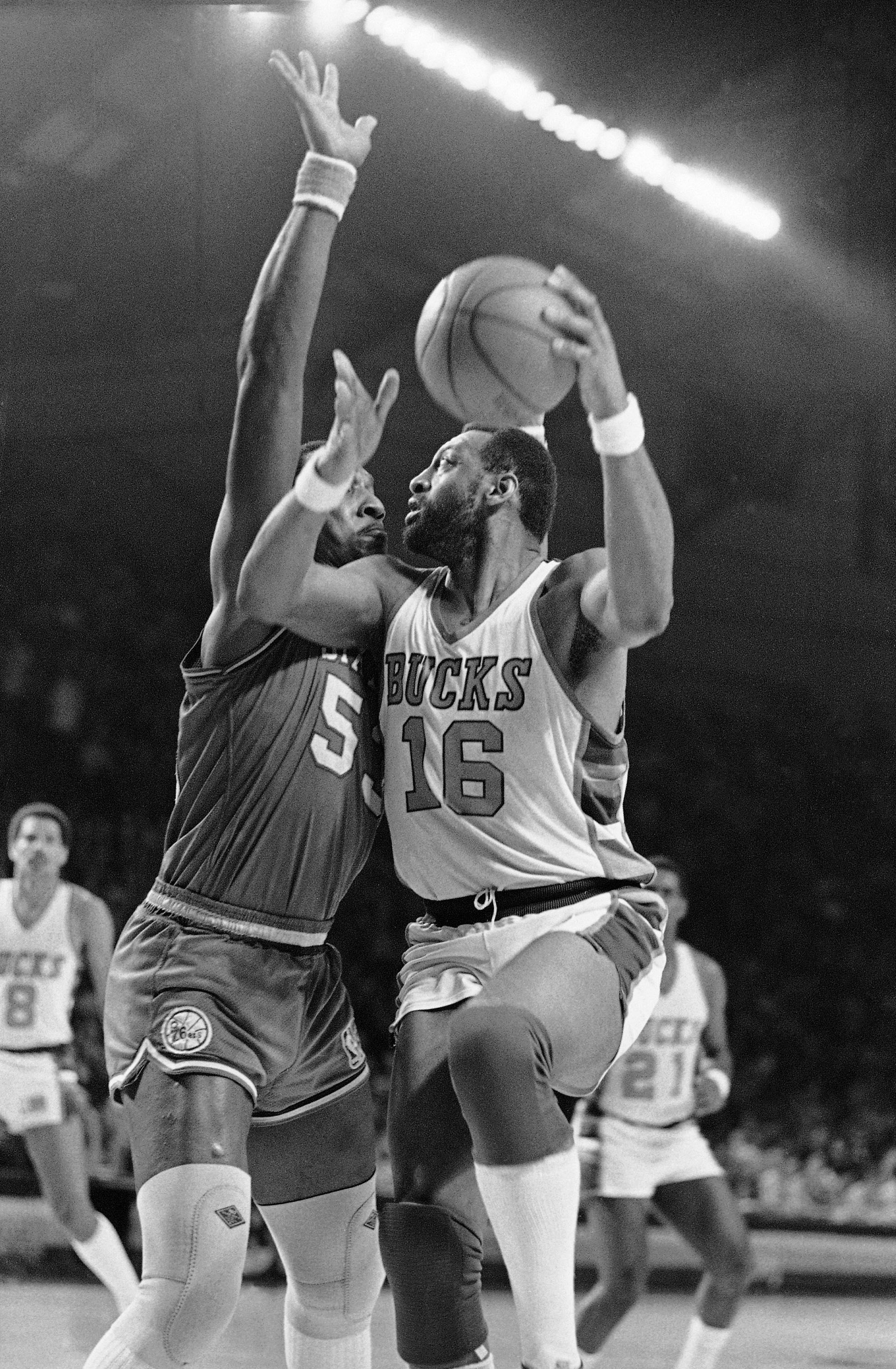 FILE -Milwaukee Bucks Bob Lanier (16) moves for the basket as Philadelphia 76ers Darryl Dawkins defends during an NBA playoff game, April 13, 1981 in Milwaukee. Bob Lanier, the left-handed big man who muscled up beside the likes of Kareem Abdul-Jabbar as one of the NBA’s top players of the 1970s, died Tuesday, May 10, 2022. He was 73. (AP Photo/Steve Pyle) 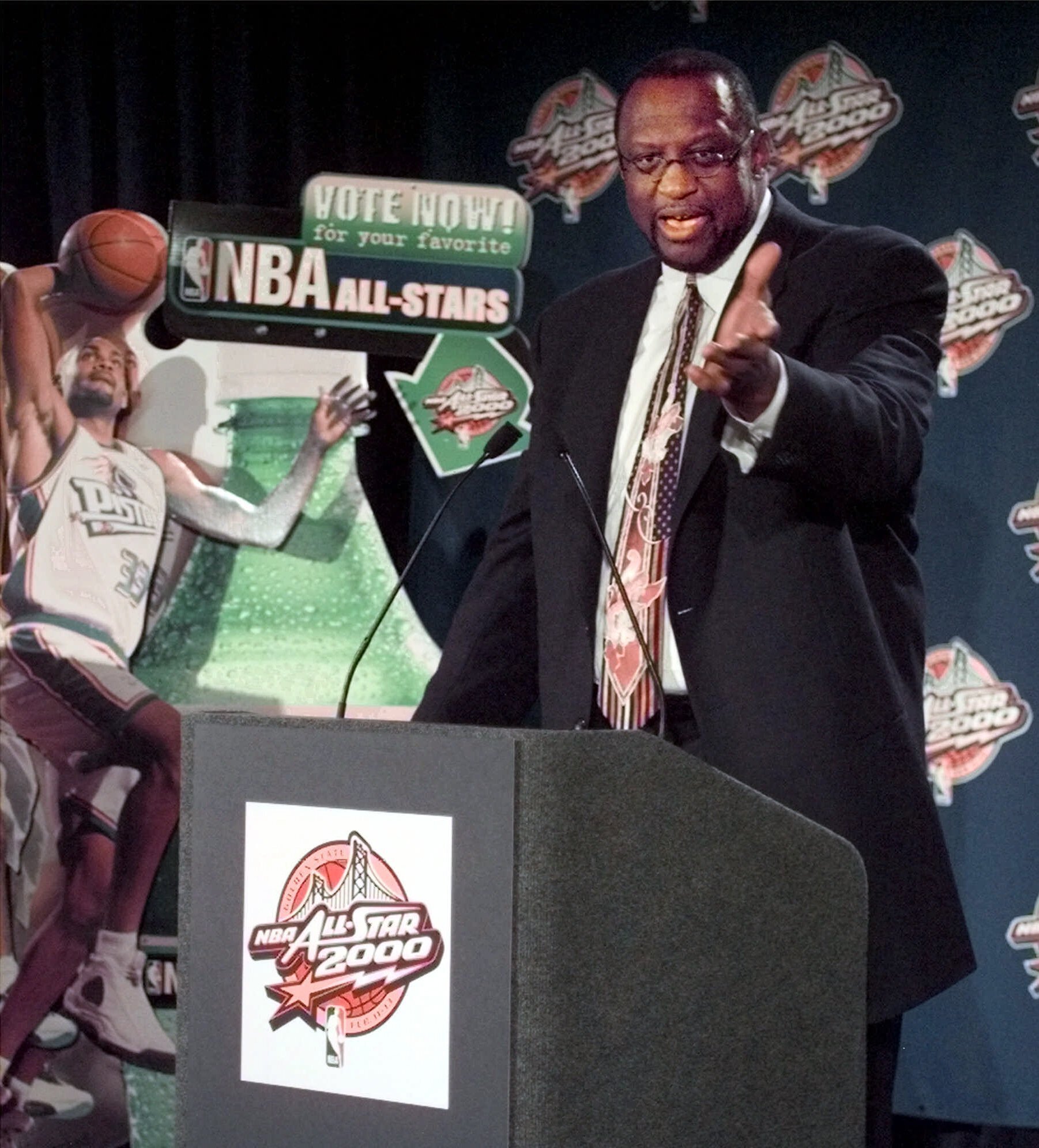 FILE -Former Hall of Fame player and coach Bob Lanier, spokesman for NBA's TeamUp, announces that balloting has begun for the NBA All-Star Game to be played in Oakland in February 2000 Monday, Nov. 15, 1999, in Oakland, Calif. Bob Lanier, the left-handed big man who muscled up beside the likes of Kareem Abdul-Jabbar as one of the NBA’s top players of the 1970s, died Tuesday, May 10, 2022. He was 73.(AP Photo/Paul Sakuma, File) 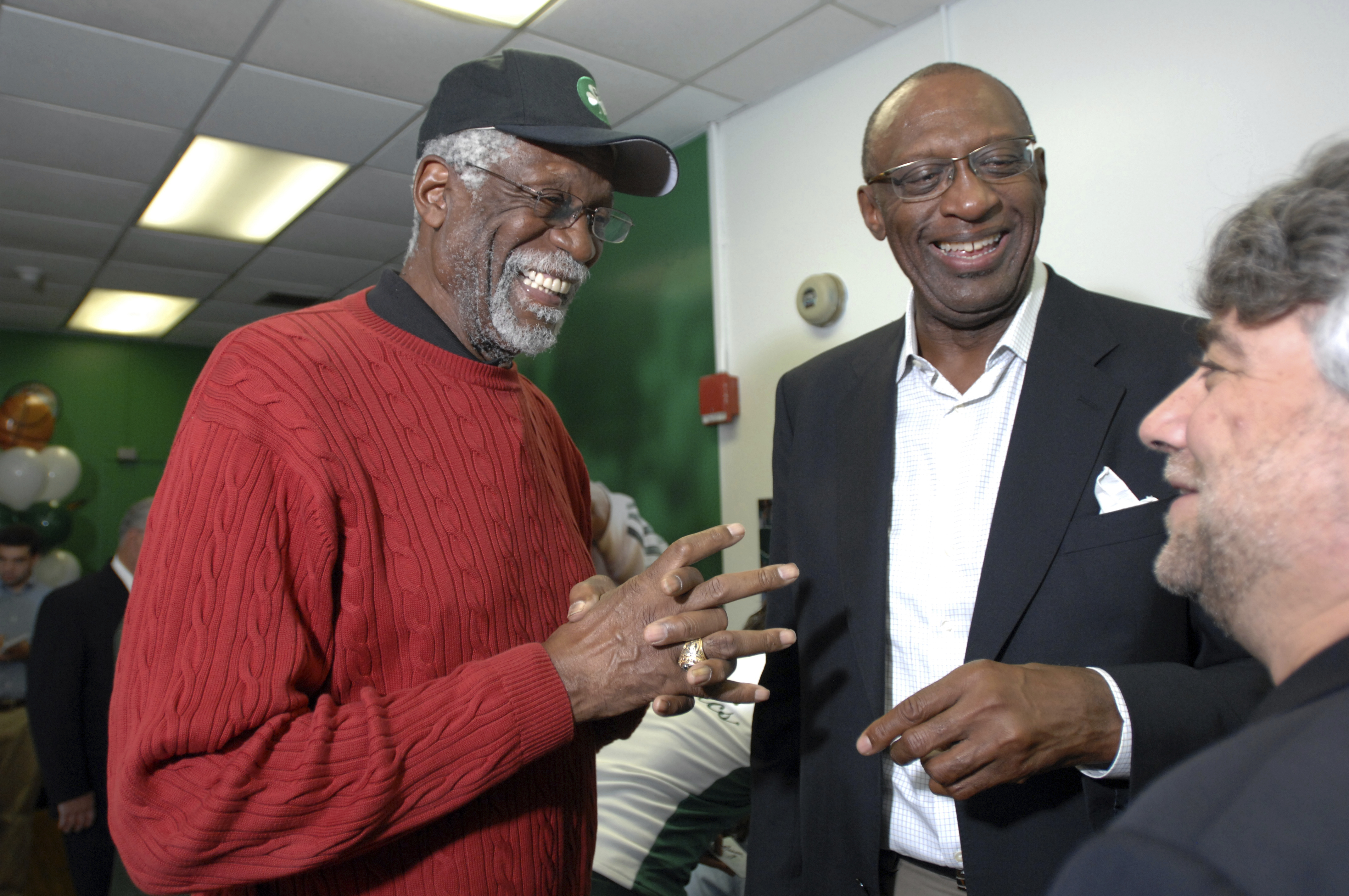 FILE -Former NBA players Bill Russell, left, and Bob Lanier share a laugh during the ceremonial opening of a new reading and learning center at a community center Friday, June 6, 2008, in Boston. Bob Lanier, the left-handed big man who muscled up beside the likes of Kareem Abdul-Jabbar as one of the NBA’s top players of the 1970s, died Tuesday, May 10, 2022. He was 73. (AP Photo/Josh Reynolds, File)