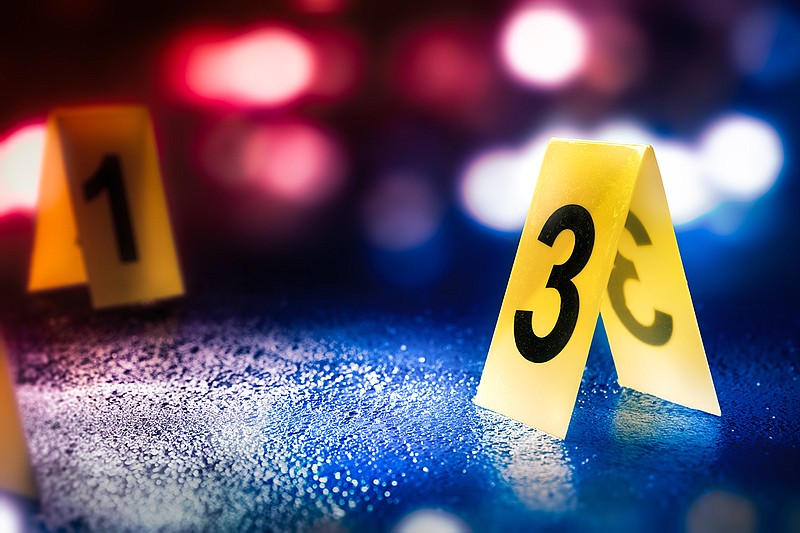 TEXARKANA, Texas -- A man accused of ramming his girlfriend's car and shooting her passenger is facing a felony indictment and two misdemeanor charges.

Princeston Crawford, 31, was upset that his girlfriend, a manager at a Texarkana fast food restaurant, was giving a ride home to a male co-worker the evening of Jan. 14, according to a probable cause affidavit. The girlfriend allegedly reported that she had dropped off several other employees before driving with the last employee, a male, on Nichols Drive in Texarkana, Texas.

As the girlfriend drove her black sedan down Nichols, Crawford allegedly pulled out of the Creek Side South Apartments at 3333 Nichols and attempted to block the road before getting out of his vehicle with a gun.

The woman continued to drive down Nichols and Crawford gave chase, ramming her on "multiple occasions in major roadways. On one occasion he almost pushed her into another vehicle that was traveling on the roadway," the affidavit states.

Officer Aaron Jones was off duty and driving his personal vehicle on Richmond Road when he observed Crawford allegedly ram his white car into the rear of the girlfriend's black sedan.

The girlfriend eventually turned into Creek Side South Apartments and stopped in the parking lot, getting out of the car in an attempt to talk to Crawford.

"Crawford instructed her to move and he began shooting the vehicle," the affidavit states. "(The shooting victim) advised that he rolled into a ball and begged Crawford not to shoot him."

Jones reportedly observed Crawford fire multiple shots into the car and issued commands for him to drop the weapon. Crawford dropped the gun and fled.

The man who was shot crawled into the driver's seat of his manager's car and drove it home. Once home, the man realized he'd been shot in his left forearm and right bicep. A relative drove him to a local emergency center for treatment.

Crawford was indicted last week on a charge of aggravated assault. He faces two to 20 years if convicted.

Crawford also is charged with misdemeanor unlawfully carrying a weapon and deadly conduct, each punishable but up to a year in the county jail.

Crawford is serving misdemeanor probations for evading arrest and deadly conduct. Each is a 24-month term that began in November 2019. Motions to revoke Crawford's probations have been filed in all three cases.

Crawford is being held in the Bowie County jail on bails totaling $175,000.