Inside the manhunt for an escaped murder suspect and jailer 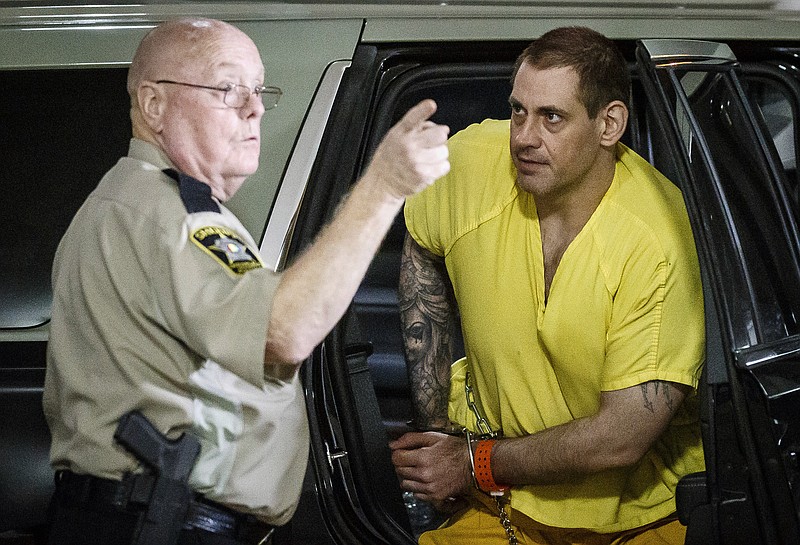 Escaped inmate Casey White, right, arrives at the Lauderdale County Courthouse in Florence, Ala., after waiving extradition in Indiana Tuesday, May 10, 2022. (Dan Busey/The TimesDaily via AP)

WASHINGTON -- It was about three hours after sheriff's officials in Alabama realized a capital murder suspect and a senior jail official who had taken him for a mental health evaluation had disappeared when Sheriff Rick Singleton called in the U.S. marshals.

At first, law enforcement officials believed the suspect, Casey White, might have kidnapped Vicky White, the assistant director of corrections for Lauderdale County and a 17-year veteran of the sheriff's office. (The two were not married or otherwise related.) But they quickly learned that her cover story was phony -- the mental health evaluation was made up -- and a manhunt began.

Keely's account of the 11-day search, in an interview with The Associated Press, is the most detailed and comprehensive account to date of the U.S. Marshals Service investigation in a nationwide manhunt that ended with Vicky White dead, Casey White back in custody and law enforcement agencies trying to piece together how the escape could have happened.

The task force received its first lead early in the investigation when a fellow jail worker reported that Vicky White had called them and asked the coworker to pick her up at an Academy Sports + Outdoors store in Florence, Alabama. White said she had locked her keys in her car and needed a ride to work, Keely said. The employee thought it was strange, they would later tell investigators, but wanted to help out a friend.

In the parking lot of the sporting goods store, investigators found Vicky White's patrol car -- the same vehicle in which she left the sheriff's office hours earlier with a handcuffed Casey White in the backseat, according to Keely. It was also where surveillance video showed she had staged a getaway vehicle, an orange Ford Edge she had purchased just days before the escape with a fistful of cash.

The investigators interviewed family members and coworkers, examined financial and other records and learned from other inmates that Vicky White had a "special relationship" with Casey and the two were involved in a "jailhouse romance," officials have said. Weeks before the escape she sold her house for $95,000, far below the market value, sold her car and filed for retirement, Keely said. She had also bought an AR-15 rifle and a shotgun to add to her 9mm service weapon and a .45-caliber pistol investigators believe she had.

Other clues also emerged: She bought men's clothes at a local Kohl's store and had also visited a store that sold sex toys.

They also learned Vicky White left the jail with Casey White previously in what investigators believe was a dry run for the escape, two law enforcement officials told the AP. She'd taken him out of the jail for about 40 minutes, the officials said. The officials spoke on the condition of anonymity to discuss details of the investigation.

The search was on for a hulking fugitive, a jailer and their orange car. But investigators had no idea the duo had already made it out of state and were nearly 200 miles (322 kilometers) away.

Tips flowed in to the Marshals Service and sheriff's officials but nothing panned out until a tow truck driver from Tennessee called. He had towed the Ford Edge three or four days earlier and it was still in his tow yard, Keely said.

The task force investigators rushed north to Williamson County, Tennessee. They had the right car, but the next question was where were Vicky and Casey?

Authorities scoured rural Tennessee looking for clues and showing photos of Vicky and Casey. They discovered a home with a few cars and trucks for sale on the lawn, Keely said. The homeowner instantly recognized a photo of Casey White and helped authorities piece together what had happened. He told investigators he sold White a Ford F-150 pickup truck for cash. The truck didn't have license plates, but White didn't care, the man told authorities.

"He says, 'Yeah, I sold him a truck,'" Keely said of the homeowner. "And so, we learned that he sold him a truck the same day that they escaped from the Lauderdale County Correctional Facility. And it was just a few hours after they had escaped."

During the sale, a woman in an orange Ford pulled up and the two drove off trailing one another, the man told authorities. And the homeowner provided one more clue -- the pickup truck's vehicle identification number, or VIN, according to Keely.

The two abandoned the Ford Edge and made their way to Evansville, Indiana, where Casey White eventually abandoned the pickup in the bay of a car wash.

In Evansville, investigators believe, the two paid a homeless man to use his identification to rent them a hotel room, paying cash upfront for a 14-day stay. They were living under the assumed alias in the motel and had acquired a third car, a Cadillac sedan.

The manager of the car wash first noticed the abandoned pickup truck on May 3 and realized something was amiss when it was still there the next morning. He called the police, and an officer came out, ran the license plates, took a report and left. The car wasn't stolen and to the local police, there was nothing they could do.

A break came Sunday because the officer had written the VIN in a report. Keely's team spotted it as they checked databases. The fugitive team descended on Evansville, working with fellow deputy marshals in Indiana.

Eventually, they found the car at a local motel and placed it under surveillance. Vicky White soon emerged in a wig, alongside the 6-foot-9 Casey White, Keely said. They hopped in the Cadillac and drove off with the marshals secretly tailing them, but the officers were seen, according to Keely.

The brief pursuit ended when the officers rammed the car. The Cadillac flipped over and, at some point, Vicky White shot herself in the head, authorities said.

As officers pulled them from the wreckage, Casey White blurted out, "Please help my wife, she just shot herself in the head," Keely said. It wasn't clear why he referred to Vicky as his wife. Investigators quickly cuffed him and started rendering aid to Vicky as medical crews rushed to the scene.

The manhunt was over. Sheriff's officials in Indiana said the two had about $29,000 in cash, four handguns and the AR-15 rifle. Vicky White was pronounced dead at the hospital and Casey White was returned Tuesday night to Alabama, where he was expected to face additional charges, in addition to the murder case and the 75-year prison sentence he was already serving for attempted murder and other charges. If convicted in the murder trial, he could face the death penalty.

He told investigators that he was prepared to have a shootout with police when he was captured, officials said. An attorney representing White in the murder case, Jamy Poss, declined to comment.

"This case was solved through just boots on the ground, good police work," Keely said. 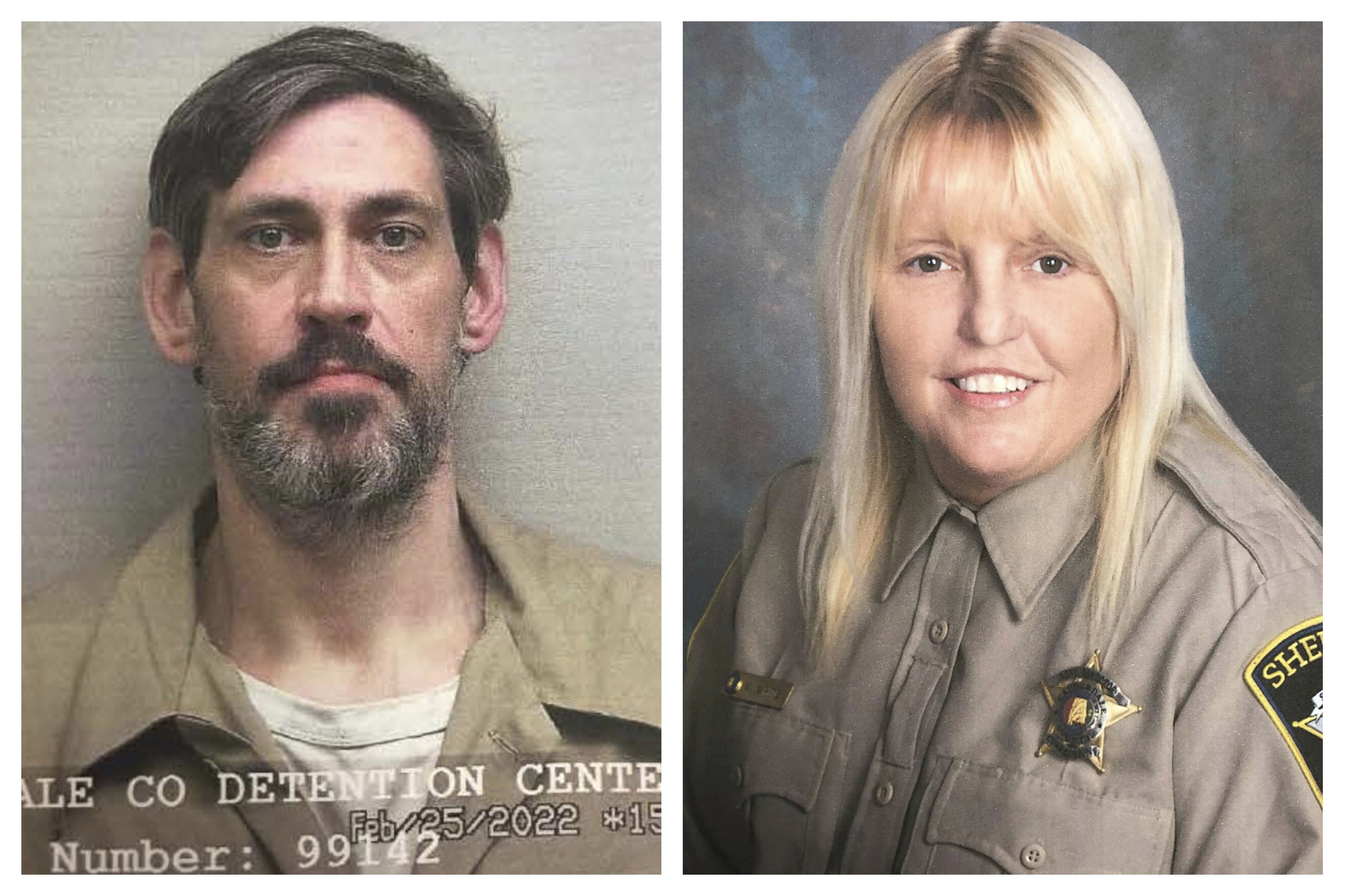 FILE - This combination of photos provided by the U.S. Marshals Service and Lauderdale County Sheriff's Office in April 2022 shows inmate Casey White, left, and Assistant Director of Corrections Vicky White. The former Alabama jail official on the run with the murder suspect she was accused of helping escape shot and killed herself Monday, May 9, as authorities caught up with the pair after more than a week of searching, officials said. The man she fled with surrendered. (U.S. Marshals Service, Lauderdale County Sheriff's Office via AP, File) 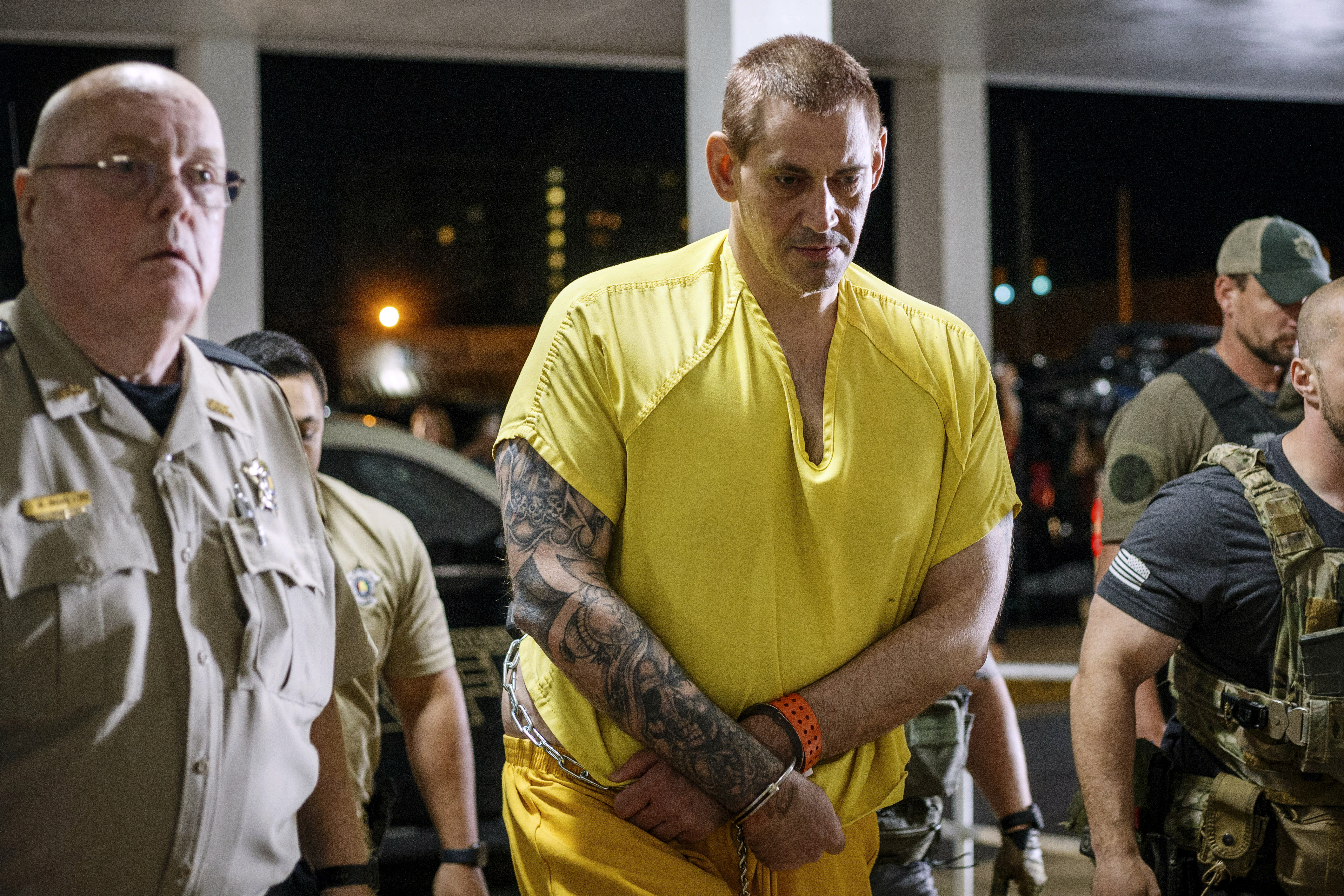 Escaped inmate Casey White, center, arrives at the Lauderdale County Courthouse in Florence, Ala., after waiving extradition in Indiana Tuesday, May 10, 2022. (Dan Busey/The TimesDaily via AP) 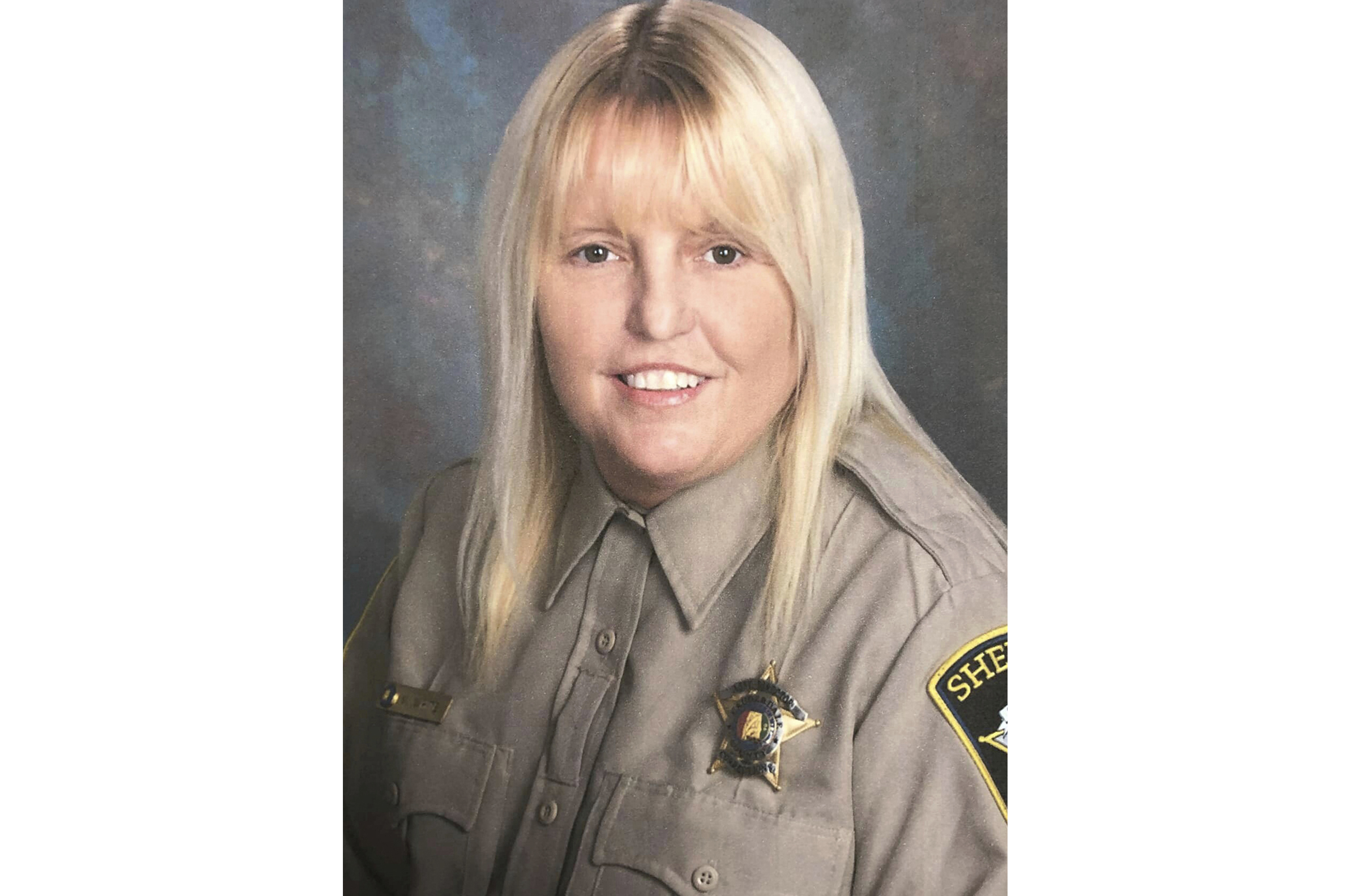 This photo provided by Lauderdale County Sheriff's Office in April 2022 shows former Correctional Officer Vicky White. The death of the Alabama jailer found shot in the head with a gun in her hand after a weeklong manhunt has only deepened the mystery of why a trusted official would help free a hulking murder suspect with a violent and frightening history. Vicky White, 56, was pronounced dead at a hospital, Monday, May 9, 2022, after Casey White, 38, gave up without a fight in Evansville, Ind. The fugitives had spent more than a week on the run. (Lauderdale County Sheriff's Office via AP) 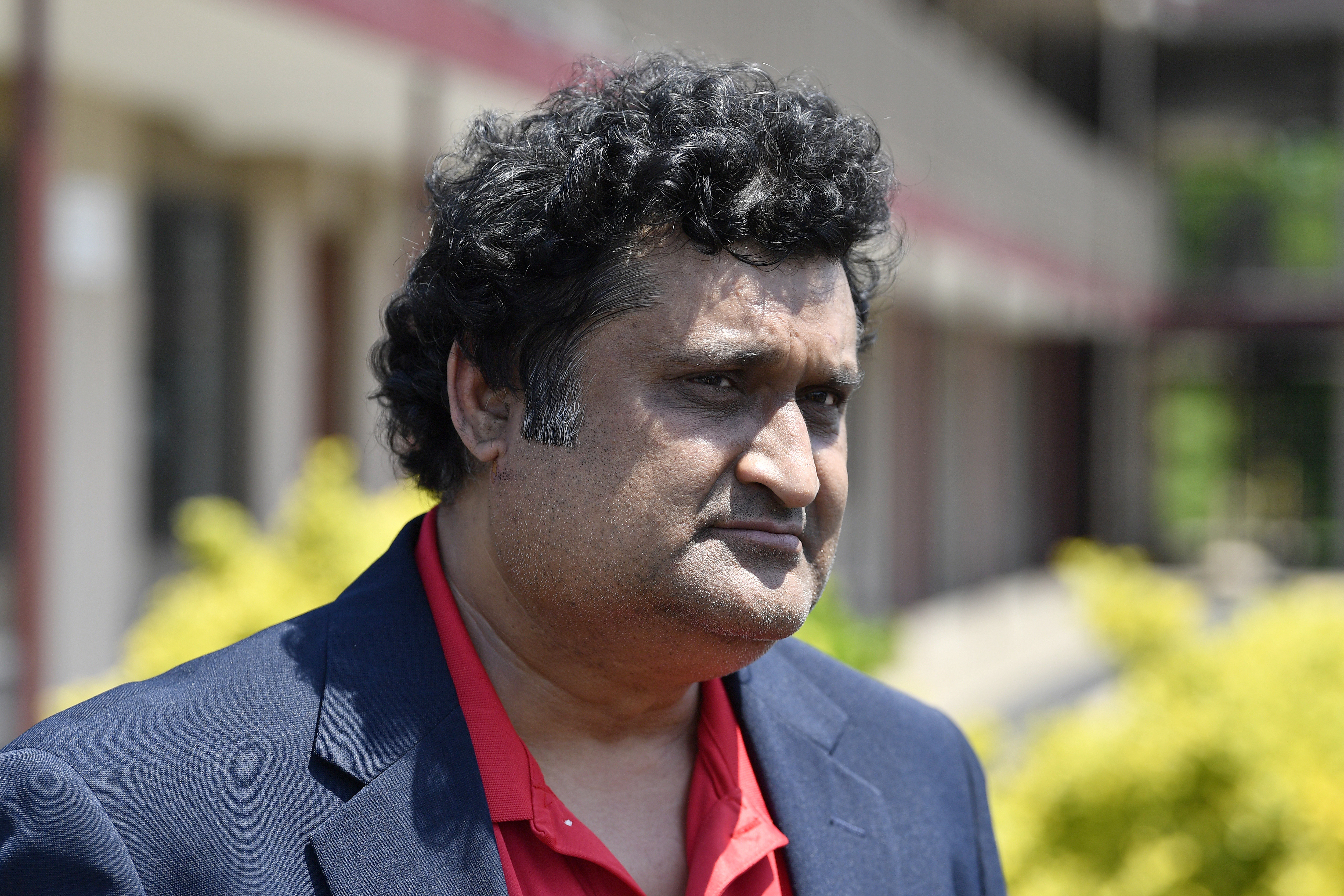 Paul Shah, manager of the Motel 41, listens to a reporter's question about fugitives Casey White and Vicky White that were hiding out in room 150 of his motel in Evansville, Ind., Tuesday, May 10, 2022. (AP Photo/Timothy D. Easley) 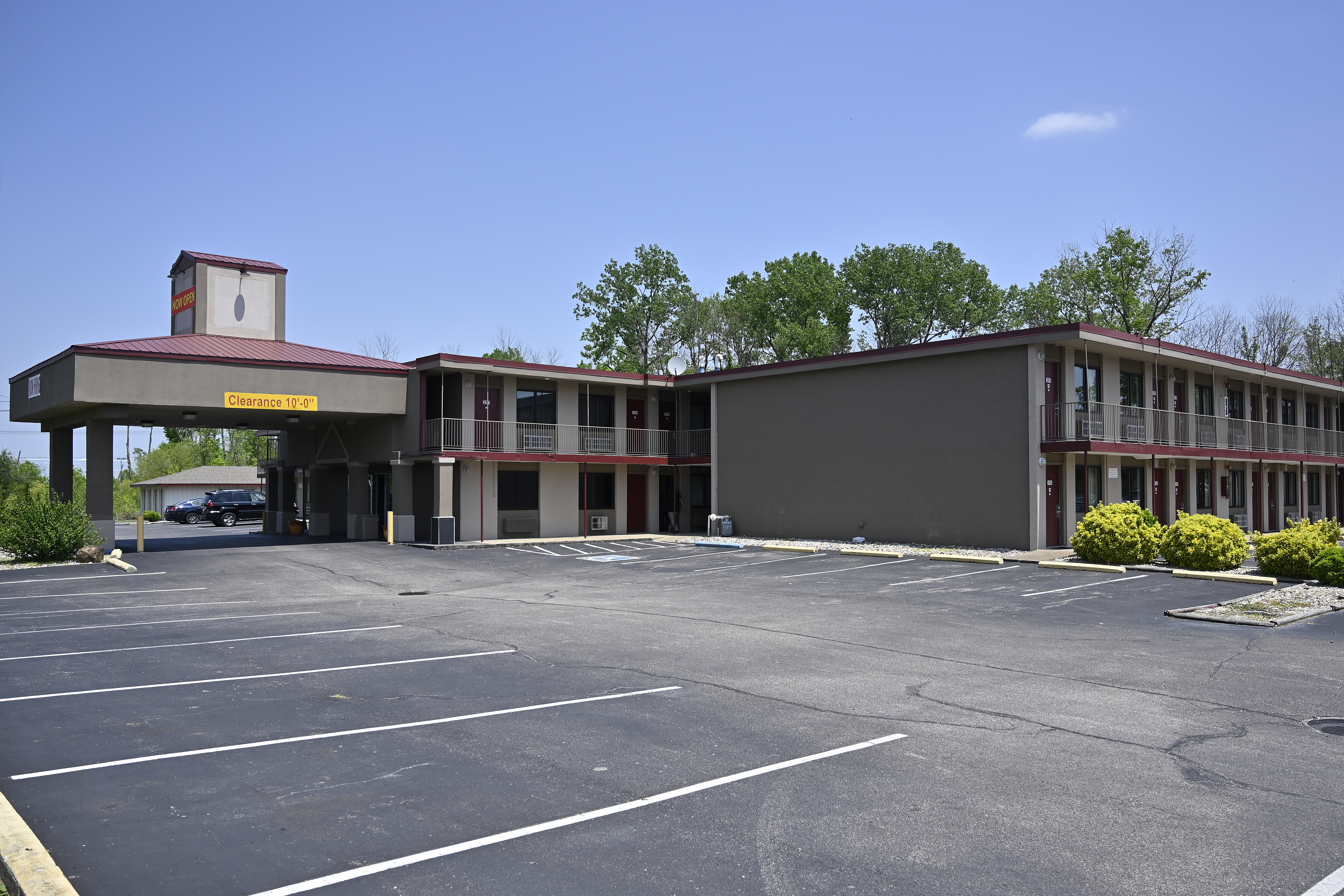 Exterior of the 41 Motel where fugitives Casey White and Vicky White were reportedly staying in Evansville, Ind., Tuesday, May 10, 2022. (AP Photo/Timothy D. Easley) 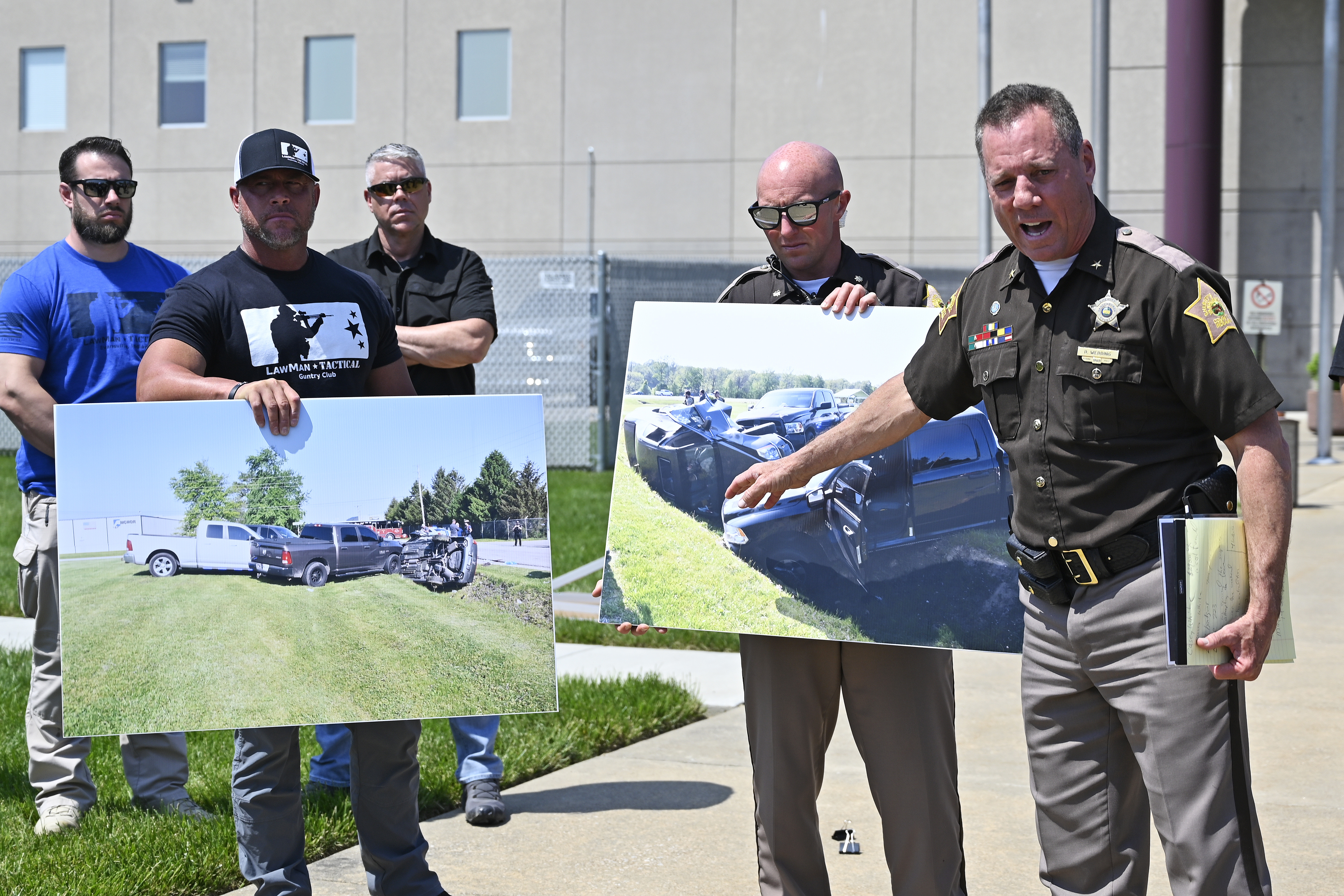 Vandenburgh County Sheriff Dave Wedding, right, refers to a photograph during a press conference in Evansville, In., Tuesday, May 10, 2022, about the capture of fugitives Casey White and Vicky White. (AP Photo/Timothy D. Easley) 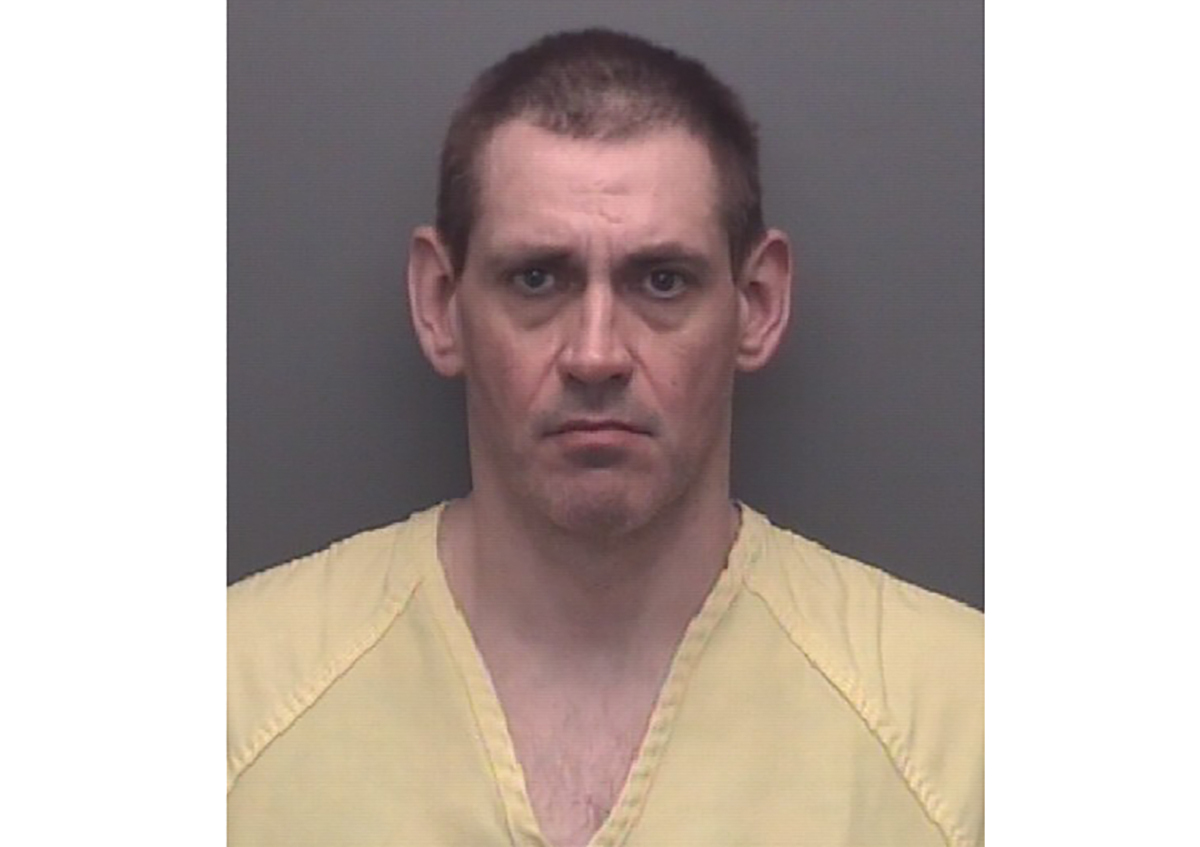 FILE - This combination of photos provided by the Vanderburgh County Sheriff's Office shows inmate Casey White. Vicky White, the former Alabama jail official on the run with the murder suspect she was accused of helping escape shot and killed herself Monday, May 9, 2022 as authorities caught up with the pair after more than a week of searching, officials said. The man she fled with surrendered. (Vanderburgh County Sheriff's Office via AP)

Print Headline: Inside the manhunt for an escaped murder suspect and jailer