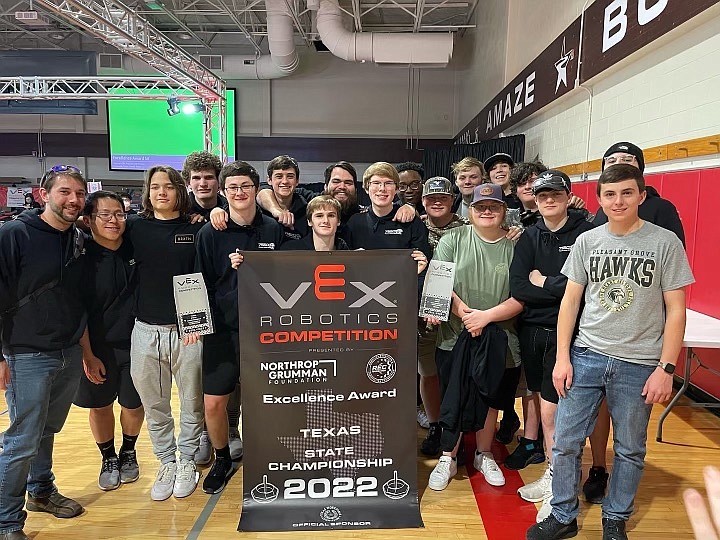 This is the first time in Pleasant Grove High School history that the robotics team has qualified for the World Robotics Championship.

Magnificent 7 placed in the top 40 teams in their division of the world championship. A total of 800 teams competed.

Coach/sponsor Colton Mullins said there were 40 nations and 48 states represented at the world championship. There was also at least one team from every continent.

The teams competed with partners from other countries, where Mullins said there was a language barrier that students had to work through to complete the competitions. Robotic challenges included engineering robots to drive, balance on a balance board, pick rings and put them on a post, among other tasks.

Mullins said he couldn't be more proud of what his team accomplished.

"I'm extremely proud of them," he said. "Having four teams in the state tournament was awesome, and having two qualify for World's our first year ever doing it was a great experience. They put in hours upon hours after school of practicing, building and re-designing. They're great kids who are fun to be around. We had a blast."