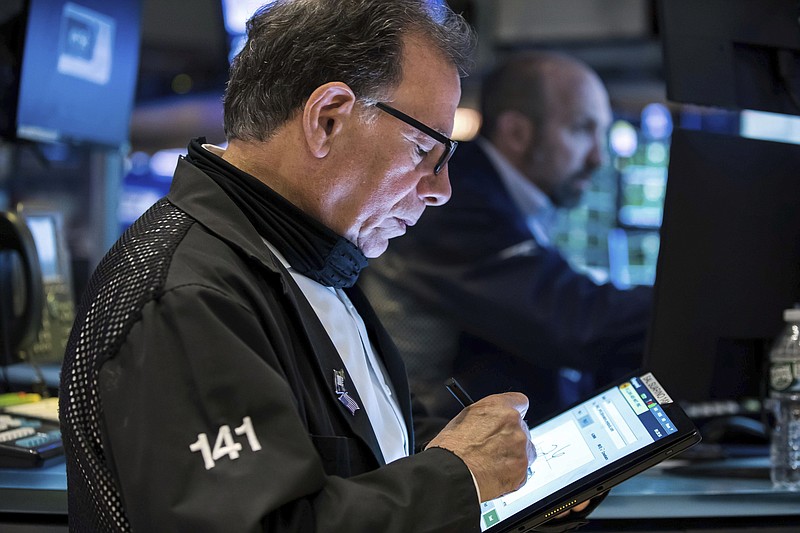 NEW YORK -- Stocks fell on Wall Street Wednesday, led by more drops in technology companies, after a report on inflation came in worse than feared.

An early rally faded, leaving the S&P 500 1.6% lower after waffling between gains and losses in morning trading. The slide wiped out gains from a day before, when the benchmark index snapped a three-day losing streak.

The Dow Jones Industrial Average dropped 1% and the Nasdaq fell 3.2% as tech stocks weighed down the broader market. The three major indexes are each on pace for another sharp weekly loss.

Wall Street has been transfixed on the nation's high inflation, and where it's heading, because it's causing the Federal Reserve to yank the supports it propped under markets for most of the pandemic. The Fed has flipped aggressively toward raising interest rates after seeing high inflation last longer than it expected.

Wednesday's report from the U.S. Labor Department showed inflation slowed a touch in April, down to 8.3% from 8.5% in March. Investors also found some glass-half-full signals in the data that inflation may be peaking and set to ease further.

Nevertheless, the numbers were still higher than economists forecast. They also showed a bigger increase than expected in prices outside food and gasoline, something economists call "core inflation" and which can be more predictive of future trends.

"Core inflation came in hot, and that's what really matters to the Fed at this point," said Brian Jacobsen, senior investment strategist at Allspring Global Investments.

Economists said the inflation report will keep the Fed on track for rapid and potentially sharp increases in interest rates in upcoming months, though the data led to erratic trading on Wall Street.

Treasury yields initially jumped but pared their gains as the morning progressed. The 10-year Treasury yield climbed as high as 3.08% but fell back to 2.92% in later trading, below its late-Tuesday level of 2.99%. The two-year yield, which moves more on expectations for Fed action, rose to 2.64% from 2.62% late Tuesday. It had climbed as high as 2.75% shortly after the report's release.

As yields briefly regressed, most stocks reversed their early losses, but the gains didn't hold.

"In the past week, any kind of gains have really struggled to stick," said Ross Mayfield, investment strategy analyst at Baird. "It's just a seller's market right now."

To corral high inflation, the Fed has already pulled its key short-term interest rate off its record low near zero, where it spent most of the pandemic. It also said it may continue to hike rates by double the usual amount at upcoming meetings. Such moves by design would slow the economy, in hopes of quashing inflation.

The Fed risks causing a recession if it raises rates too high or too quickly. Even if it's deft enough to avoid a downturn, higher rates push down on prices for stocks and all kinds of investments in the meantime. That's because higher-yielding, safe Treasury bonds suddenly become a stronger competitor for investors' dollars.

"The market's main concern at this point is inflation and how the Fed reacts to it," said David Lefkowitz, head of equities for the Americas at UBS Global Wealth Management. "In order for markets to get more comfortable with a soft landing, they are going to be focused on any of the inflation data and also any clues about how the Fed thinks about that inflation data."

Higher rates are most hurting the investments that were the biggest winners of the ultra-low rates of the pandemic. That includes big technology companies, other high-growth stocks and even cryptocurrencies. The Nasdaq's loss of more than 27% so far this year is considerably worse than the roughly 17% drop for the S&P 500, for example.

Coinbase, a crypto trading platform, tumbled 26.4% after it reported much weaker results for the latest quarter than analysts expected. Drops in crypto prices dragged on trading volumes through the quarter.

It's not just interest rates that are pushing markets lower. In China, shutdowns meant to stem COVID are raising the risk of more supply chain disruptions for global companies and a slowdown in the world's second-largest economy.

The war in Ukraine, meanwhile, is threatening to keep inflation high because of disruptions to the oil and natural gas markets.

That helped energy stocks in the S&P 500 climb 1.4%, the biggest gain among the 11 sectors that make up the index. Exxon Mobil rose 2.1%, while ConocoPhillips gained 1.1%. 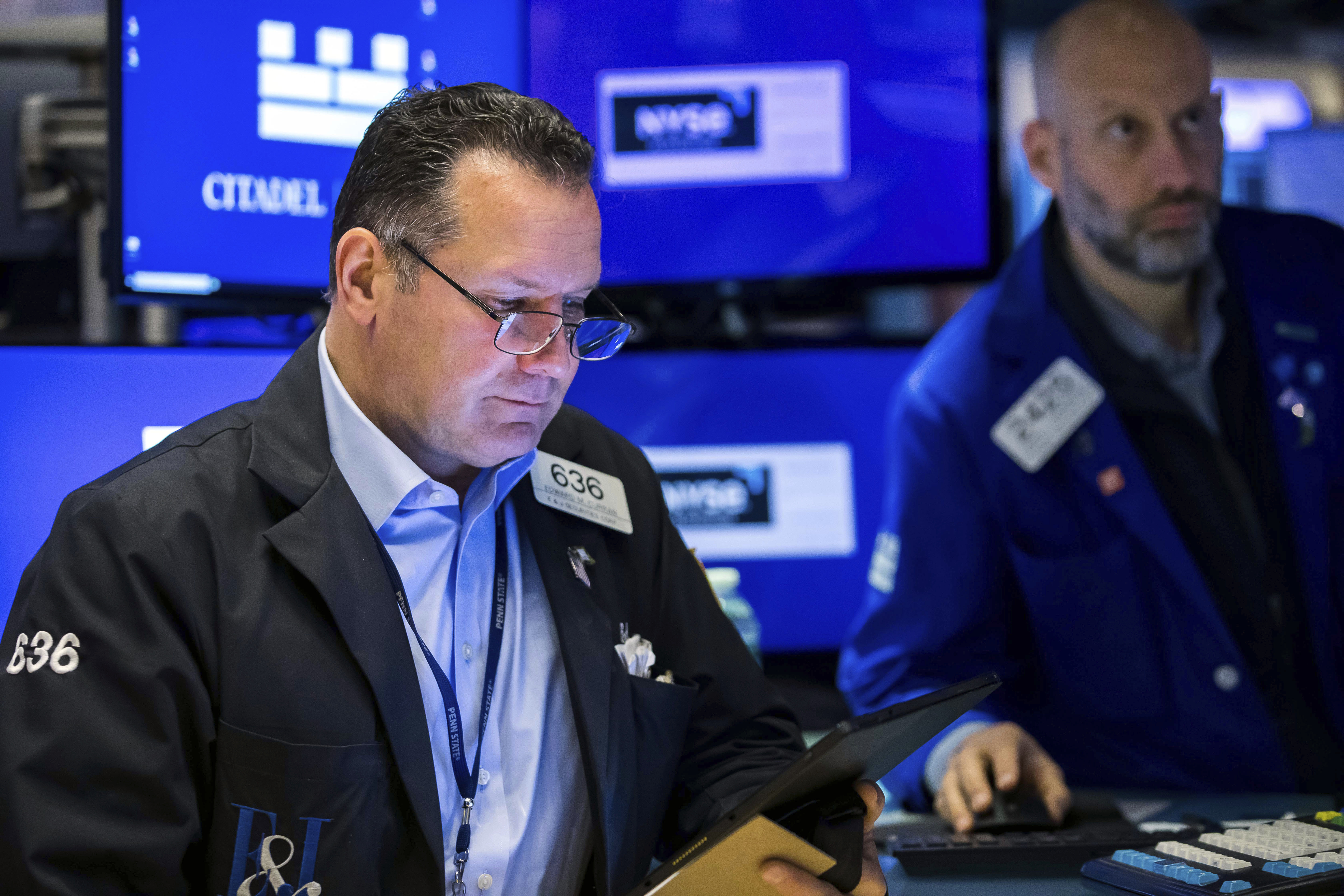 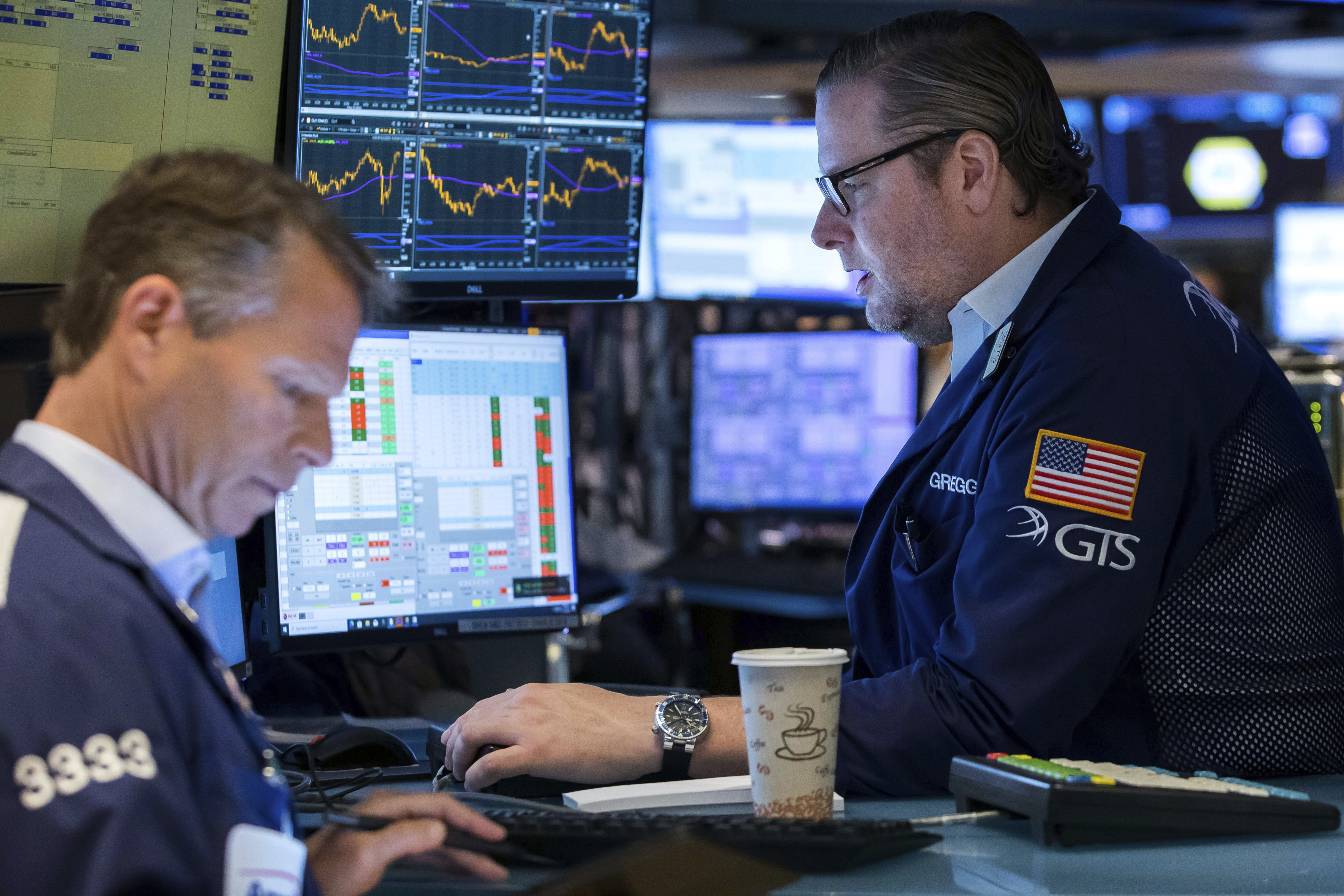