Aaron Tippin song was a tribute to his dad

This week in 1992: a singer from Florida was a month away from having his 5th hit record.

Lots of songs have been written about moms, dads, brothers, sisters, cousins, etc., and according to Aaron Tippin, his 1992 top 5 hit record "I Wouldn't Have it Any Other Way" was all for and about his dad.

Aaron said, "Well that's a song that I wrote about my dad – I guess you could say that it's a tribute to him. He was an inspiration in my life – he was my hero. He made me the guy I am today – and when you hear "I Wouldn't Have Iit Any Other Way" – that's my dad through me – my hero and my tribute to him."

Aaron Dupree Tippin was born in Florida and raised in South Carolina and says that besides music, his love is aviation. He is an instrument rated commercial pilot with single and multi-engine ratings. He also has private pilot privileges for rotorcraft-helicopter and is a certified airframe and power plant mechanic.

He moved to Nashville in 1986 and signed as a staff writer for Acuff Rose Music.

From 1990 through 2007 Aaron Tippin placed 33 songs on the music charts, 19 of them on RCA Victor, then signed with Lyric Street Records. In 2007 he formed his own record label, Nippit Records.

"I Wouldn't Have it Any Other Way" was his 5th charted song and charted for 20 weeks.

Join Doug Davis weekends from 6 a.m. to noon on KPIG-FM Radio – 103.9 - for "Roots of Country" on Saturdays and Sundays for "Sunday Country." You can also listen online at Mypigradio.com. 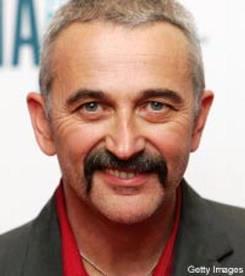 Print Headline: Aaron Tippin song was a tribute to his dad