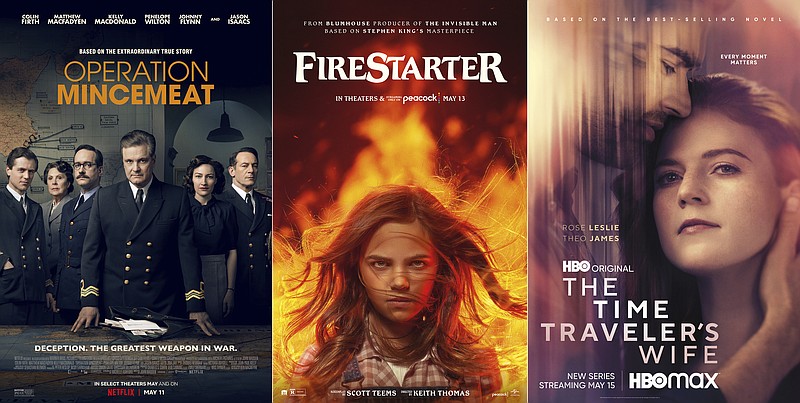 This combination of photos shows promotional art for "Operation Mincemeat," a film premiering May 11 on Netflix, left, "Firestarter," a film premiering in theaters and on Peacock on May 13, and "The Time Traveler's Wife," a series premiering Sunday, May 15 on HBO Max. (Netflix/Peacock/HBOMax via AP)

Here's a collection curated by The Associated Press' entertainment journalists of what's arriving on TV, streaming services and music platforms this week.

n Stephanie Conway is a popular high school senior in 2002, but a cheerleading accident puts her in a coma for 20 years in the new Netflix comedy "Senior Year," debuting Friday, May 13. After waking up at age 37 in 2022, Stephanie, played by Rebel Wilson, decides to re-enroll and finish out her high school career. Directed by Alex Hardcastle, a veteran of American sitcoms like "New Girl," "Parks and Recreation" and "The Mindy Project," senior year co-stars Sam Richardson, Alicia Silverstone, Chris Parnell and Angourie Rice as young Stephanie.

n Netflix is also offering up the period drama, "Operation Mincemeat," based on a real operation in World War II in which British intelligence officers use a dead body dressed as an officer of the Royal Marines in an attempt to dupe the Axis powers and keep the Allied invasion of Sicily a secret. The film, directed by John Madden ("Shakespeare in Love") stars Colin Firth and Matthew Macfayden (both of whom, incedentally, have taken spins as Mr. Darcy) as well as Kelly Macdonald and Penelope Wilton.

n "Firestarter," Stephen King's creepy tale of a young girl with pyrokinetic powers, has a new adaptation from director Keith Thomas coming to Peacock (and theaters) on Friday, May 13. Ryan Kiera Armstrong takes on the role Drew Barrymore originated in 1984 as the girl saddled with the impossible responsibility of protecting her family and herself against the government agency that hopes to weaponize her powers. Zac Efron plays her father opposite Sydney Lemmon as the mother.

n The Black Keys are celebrating a key anniversary with a new album. "Dropout Boogie," which is out Friday, May 13, features collaborations with Reigning Sound's Greg Cartwright, Billy F Gibbons of ZZ Top and Angelo Petraglia from Kings of Leon. It will be released one day before the 20th anniversary release of The Black Keys' first LP, "The Big Come Up." Early singles from the new album include "It Ain't Over," written by band members Dan Auerbach and Patrick Carney in tandem with Cartwright, and "Wild Child," a classic rocking throwback. The new album captures a number of first takes that echo the stripped-down blues rock of the duo's early days making music together in Akron, Ohio. The Black Keys will tour North America for the first time in three years starting in July.

n Becky G is following up her hit single "Mamiii" with her third studio album, the 14-cut "Esquemas" out Friday, May 13. "Mamii" featuring Karol G debuted in the top 20 of the Billboard Hot 100 and in the top 10 on the Billboard Global 200 singles chart. The single -- with a music video that features "Euphoria" actor Angus Cloud -- has amassed 350 million streams globally to date, with over 150 million streams on Spotify alone. Another cut from the album is "No Mienten," a throbbing dance cut led by the pluck of seductive guitar strings. And there's "Kill Bill," a murky, slinky banger with the sound of swords clashing and thunder.

n Duke Kahanamoku gets his due in PBS' "American Masters: Waterman -- Duke: Ambassador of Aloha," narrated by Jason Momoa. Kahanamoku won a total of five Olympic medals in the 1912, 1920 and 1924 Games and was an advocate for his native Hawaii and surfing. The documentary, directed by Isaac Halasima, traces Kahanamoku's rise to fame, encounters with racism, and role in Hawaii's transition from a kingdom to U.S. state. Archival footage and new interviews, including with top surfers Laird Hamilton and Carissa Moore, help tell the story.

n Devotees of Audrey Niffenegger's novel "The Time Traveler's Wife" made its 2009 film adaptation a success despite mixed reviews. Perhaps the intricate sci-fi romance is better suited to a series, which HBO is offering with Rose Leslie and Theo James as the challenged lovers. "The Time Traveler's Wife," debuting Sunday, May 15, and adapted from the 2003 book by the ever-reliable Steven Moffatt ("Sherlock," "Doctor Who"), follows the zig-zagging relationship of Henry, born with a genetic glitch that causes him to jump across decades, and Claire, whose devotion to him is timeless.

n Another book-to-TV adaptation, Hulu's "Conversations with Friends," also arrives Sunday, May 15. Based on Sally Rooney's acclaimed 2017 novel, the 12-episode series stars Alison Oliver and Sasha Lane as Dublin college students Frances and Bobbi, exes who remain close friends and spoken word poetry collaborators. Their friendship is tested when the women meet an older couple, writer Melissa (Jemima Kirke) and her actor-husband Nick (Joe Alwyn). A flirtation for one pair and an affair for another follows -- causing Frances to re-evaluate her life and Bobbi's role in it. 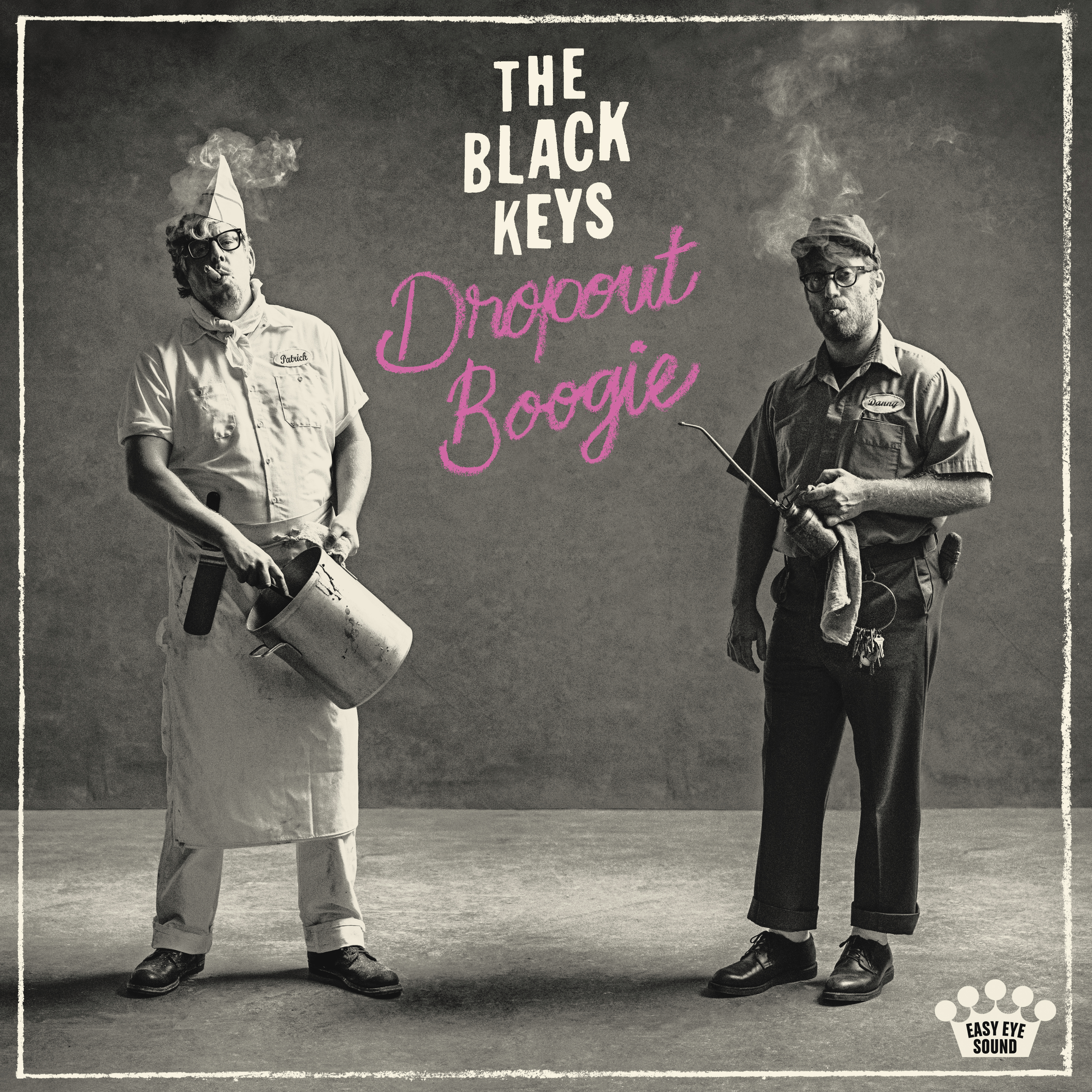