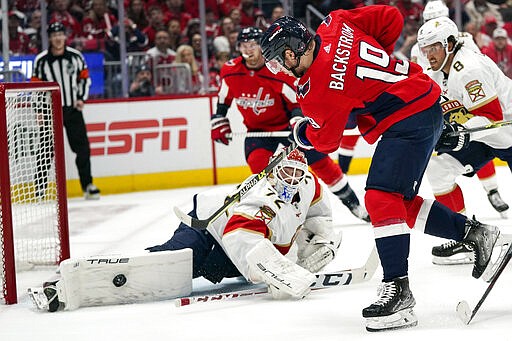 Washington Capitals center Nicklas Backstrom (19) has his shot blocked by Florida Panthers goaltender Sergei Bobrovsky (72) during the first period of Game 3 in the first-round of the NHL Stanley Cup hockey playoffs, Saturday, May 7, 2022, in Washington. (AP Photo/Alex Brandon)

The NHL playoffs are missing the close games and comebacks that seemingly come annually with all the postseason intensity.

Excluding games with empty-netters increasing the margin, 10 of the 20 first-round games through Friday night have been decided by three or more goals. By comparison, there had been only four one-goal games with two reaching at least one overtime session.

Along the way, comebacks have been almost non-existent with teams that jump out rarely surrendering control.

"When you get behind, I guess you're chasing the game," said Florida Panthers interim coach Andrew Brunette, whose Presidents' Trophy-winning team lost 6-1 at Washington on Saturday. "It forces you to open up a little bit. And then sometimes it goes the other way and you keep pushing. I think you see that throughout the league, actually, a lot."

Colorado also added to the list of one-sided outcomes Saturday, scoring the last four goals to beat Nashville 7-3 for a 3-0 series lead.

Looking at the Game 4 matchups Sunday, Carolina, Minnesota, Toronto and Edmonton are outscoring their opponents by a nearly 2-to-1 margin (53-27). Most notably, the Oilers have beaten the Los Angeles Kings by 6-0 and 8-2 margins in the past two games.

Getting back into the game after falling behind has been tough, too.

Only two teams had lost as of Friday night when scoring first, then Florida followed Saturday by surrendering six goals after taking a 1-0 lead. Pittsburgh was the only team through the first 20 games to win after trailing by two goals with its 4-3 triple-overtime win against the New York Rangers to start their series.

Going deeper into the game, Washington's Game 1 win at Florida marked the only time that a team won after trailing in the third period.

That comes after a regular season in which four teams -- led by Florida's 24 wins -- won 20-plus games when surrendering the first goal. And 13 teams overcome at least a three-goal deficit at least once.

"The score of the game doesn't matter if it's 2-1 triple-overtime or a little more lopsided," Oilers coach Jay Woodcroft said. "That doesn't matter. That is one game."

The Hurricanes lost winger Jordan Martinook to a lower-body injury in Friday's Game 3 loss. Martinook's injury could open a spot for veteran Derek Stepan with 106 career playoff games on his resume.

"Obviously it's probably not an ideal situation but it's an opportunity for me," Stepan said.

Coach Rod Brind'Amour said the Hurricanes will also look at whether to start Antti Raanta in net for Game 4. He was knocked early from Game 2 after taking a blow to the head from Boston's David Pastrnak, with rookie Pyotr Kochetkov taking over that game and starting Game 3.

The St. Louis Blues have taken another hit to their blue line.

Defenseman Torey Krug exited Friday's Game 3 in the first period due to a lower-body injury and didn't return.

"It's going to be some time," coach Craig Berube said Saturday.

Bortuzzo took a puck to the face and departed the Game 2 loss in the first period. Leddy was held out of Game 2 with an upper-body injury he suffered and played through in Game 1. Berube didn't offer a timeline on their return, saying the team would evaluate how they skated Saturday.

Minnesota has won each of the past two games by four-goal margins, first 6-2 in Game 2 and then 5-1 in Friday's Game 3 on the road.

The Lightning feel they self-imploded in Game 3, spending far too much time in the penalty box against a team that had the league's best regular-season power play.

Over the past three postseasons, the two-time reigning Stanley Cup campions are 16-0 in games following a playoff loss.

"Let's be honest, if you're going to spend 10 of the first 40 minutes in the penalty box, that doesn't help you either," coach Jon Cooper said. "But I just have a ton of faith in a veteran group here, so I expect to bounce back."

The Maple Leafs know the series is far from over.

"I don't think we've accomplished anything yet, obviously. ... But I like where we're at as a group," Toronto defenseman Morgan Rielly said. "We're focused, we're not getting too far ahead of ourselves, and it's important that we keep that in check."

The Kings have to figure out how to slow a humming Oilers attack.

After winning Game 1 in overtime, the Kings have lost the last two games by a combined 14-2 margin. That made the Oilers the first team in league history to lose the first game of a playoff series then win each of the next two by at least six goals, according to STATS.

"We have to look at it 2-1," Kings center Phillip Danault said. "You don't want to look at all the goals. We didn't play good at all, but, yeah, we got to work hard on being better." 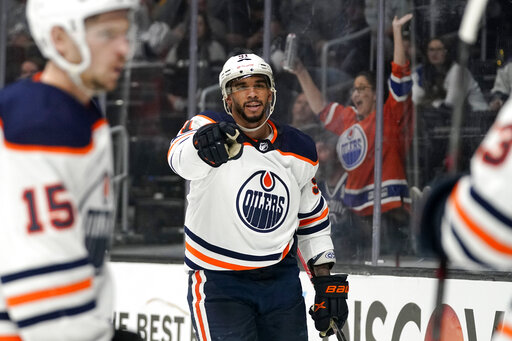 Edmonton Oilers left wing Evander Kane, center, celebrates his goal during the third period in Game 3 of an NHL hockey Stanley Cup first-round playoff series against the Los Angeles Kings Friday, May 6, 2022, in Los Angeles. It was his third goal of the game. (AP Photo/Mark J. Terrill) 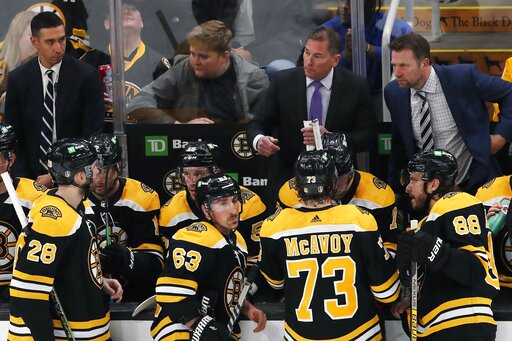 Boston Bruins head coach Bruce Cassidy, top second from right, talks to his team during a timeout in the third period of Game 3 of an NHL hockey Stanley Cup first-round playoff series against the Carolina Hurricanes, Friday, May 6, 2022, in Boston. (AP Photo/Michael Dwyer) 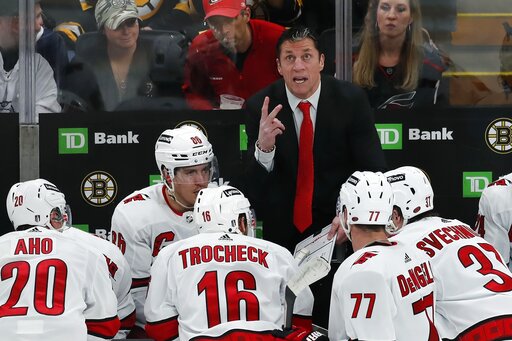 Carolina Hurricanes head coach Rod Brind'Amour, top, speaks to his team during a timeout in the third period of Game 3 of an NHL hockey Stanley Cup first-round playoff series against the Boston Bruins, Friday, May 6, 2022, in Boston. (AP Photo/Michael Dwyer) 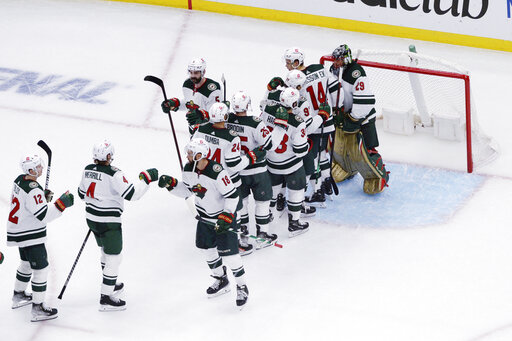 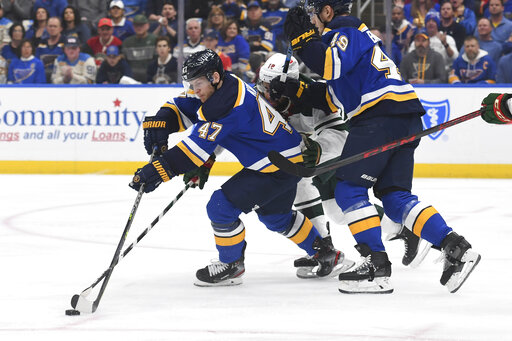