Rounding life's second curve a hard road of self discovery 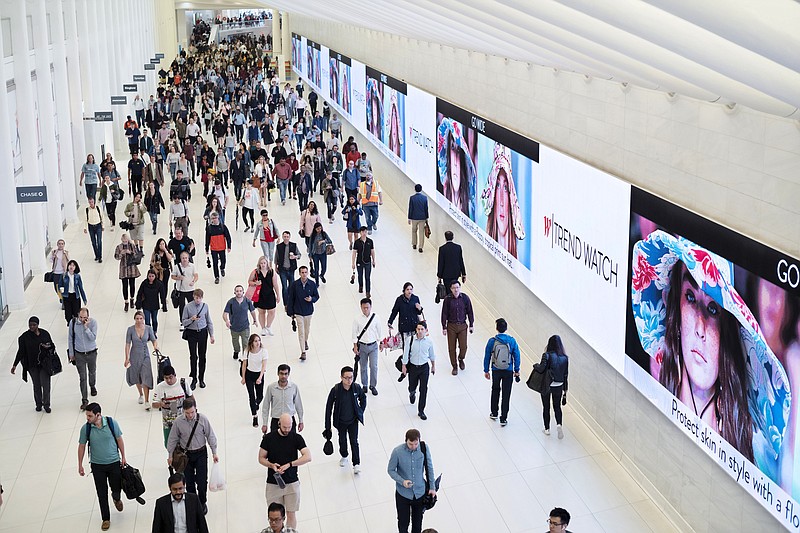 FILE - Commuters walk through a corridor in the World Trade Center Transportation Hub in New York on June 21, 2019. The pandemic’s Great Resignation has produced a Great Reinvention as more people of all ages have given up on jobs and find themselves pondering the work-life balance that lends meaning to their lives. (AP Photo/Mark Lennihan, File)

NEW YORK -- It took Jack Craven 20 years to grasp that running his family's wholesale business selling goods to discount stores wasn't how he wanted to spend the second half of his life. He also figured out his ever-mounting unhappiness had taken a toll on his relationships with loved ones.

"I realized that I wasn't taking ownership of what I really wanted," said Craven, who lives in suburban Chicago. "I was more focused on blaming others."

So how did he make it through to the other side?

With the pandemic's Great Resignation has come a Great Reinvention as more people of all ages have given up jobs and find themselves pondering the work-life balance that lends meaning to their lives. At times, it's transforming a side hustle as Craven did. In other cases, it's chasing a long-dormant dream. In still more, it's a complete surprise.

After a stint as a trial lawyer, then taking the reins of the business his father founded, Craven said he had no idea what he really wanted. That's when he turned to a holistic leadership retreat and dug deep into every aspect of his life.

The retreat turned into a long-term support system of like-minded business people offering both direction and support. In 2015, out of the emotional work he did on himself, came his new full-time gig as an executive coach, helping CEOs and presidents of companies and organizations overcome the things that bog them down. Turns out, he said, helping others was exactly what he needed.

"Being vulnerable is definitely the first step," Craven said.

His family closed the business after he left, but not all second acts -- also called second curves -- need to be complete life overhauls.

With a doctorate, Michal Strahilevitz in Moraga, California, has been a marketing professor for more than 20 years.

"At some point I loved it and found it exciting," she said. "More recently, I was doing it because it was what I had always done. Then COVID hit and so many of my students were dealing with anxiety and depression. Truthfully, I was struggling, too. I wanted to do something more meaningful."

That's when she developed a course on the science of happiness and well-being, where all the homework was designed to make her students happier and healthier. She did the homework, too.

"My advice for those considering a second curve is to make sure it is something that truly lights you up and allows you to shine and grow," Strahilevitz said. "If I won a billion dollars in some crazy lottery, I would still keep doing this. I don't expect to ever look for a third curve. This is the curve that I was made for."

Whether it's a new job or making changes to the roles in your existing job, she said, "people around the world are looking for greater fulfillment and more happiness. We're no longer willing to settle for just a paycheck."

When Strahilevitz half-pivoted (she still teaches marketing as well), she embraced a growing field of social research: Happiness with a capital H.

Nobody does it quite like Arthur C. Brooks, first a professional classical French hornist, then president of the conservative think tank the American Enterprise Institute and now on the faculty of the Harvard Kennedy School and Harvard Business School. He's also an author, happiness podcaster and writer of the "How to Build a Life" column at The Atlantic.

Brooks has amassed vast research on happiness and the second half of life in his latest book, "From Strength to Strength." A social scientist, he filled the book with explanations and theories about brain function and its ups and downs through time, and anecdotes about the capacities of some of history's most famous figures, from Charles Darwin to Linus Pauling, a rare winner of two different Nobel Prizes -- one for chemistry and one for peace.

Brooks describes two kinds of intelligence, one that decreases as we age and one that increases and stays high.

"Early on, we have fluid intelligence, which is kind of raw smarts and focusing ability," he told The Associated Press. "That's the harder you work, the better you get in your first career. That tends to decrease in your 40s and 50s. The second curve is your ability to understand what things mean, to combine ideas, to teach, to form teams. That's your wisdom curve."

The latter, he said, increases through your 40s and 50s and stays high in your 60s and 70s. "It's really, really important that you deal with going from one to the other if you want to stay strong and happy," Brooks said.

For strivers, such deficits are what they fear the most. "People are always afraid of decline," he said, "but for strivers really invested in professional excellence, it's their death fear."

Confronting that fear is another step, he said. Also key, according to Brooks, is to embrace weakness in a way that turns it into strength. He called satisfaction "one of the three macronutrients of happiness," the others being enjoyment and purpose.

Rita Goodroe, 45, in suburban Washington, D.C., knows exactly what he's talking about. Her pivot came earlier than most.

Before becoming a full-time entrepreneur, working as a business strategist, sales coach and public speaker, she spent 13 years as an attorney, including long stints in the world of real estate and on contract at the Justice Department, a job she fell into when her dream of becoming an entertainment industry lawyer failed to materialize.

"All my life people said, you're going to be an attorney," Goodroe said. She said her transition came on slowly.

"It was a series of moments and they all build. And I think that's really important to note. Everybody keeps waiting for the sign. The moment that, here's this sign that I should quit this and do something else, whether that's leave a relationship or leave a job. Whatever it is, and it's not like that," she said.

Her road wasn't a straight one. In 2006, while still practicing law, she started a Meetup group for singles like her in the Washington area that quickly gained members and sponsors. Soon, she met a guy, but he broke up with her just before her 35th birthday after five years of dating. That's when she decided to pivot again, blogging about dating 35 guys in 35 days to mark her birthday.

"The point for me at that moment was not to find love," Goodroe said. "It was to meet people I would normally not meet and do things I would normally not do, so I had to be really uncomfortable and see how I reacted and what my habits were and what my defaults were so that I could learn about myself. That was the moment of, oh my gosh, things need to change."

Her revelations ("I realized how much I let fear keep me back") led her to quit the law for good and go all-in on her own ventures, including a stretch as a dating coach. She then began speaking to groups and organizations about her dating project and realized she was good at it.

Brooks stressed that not all second acts are about business. A second act could be a spiritual journey, or a commitment to long-term volunteer work, he said. Whatever it is, it's not an easy quest.

"You need a problem-filled life if you want to have a lot of opportunities," he said. "If you have smooth sailing, if you get everything that you want, you're going to be basically bored out of your mind." 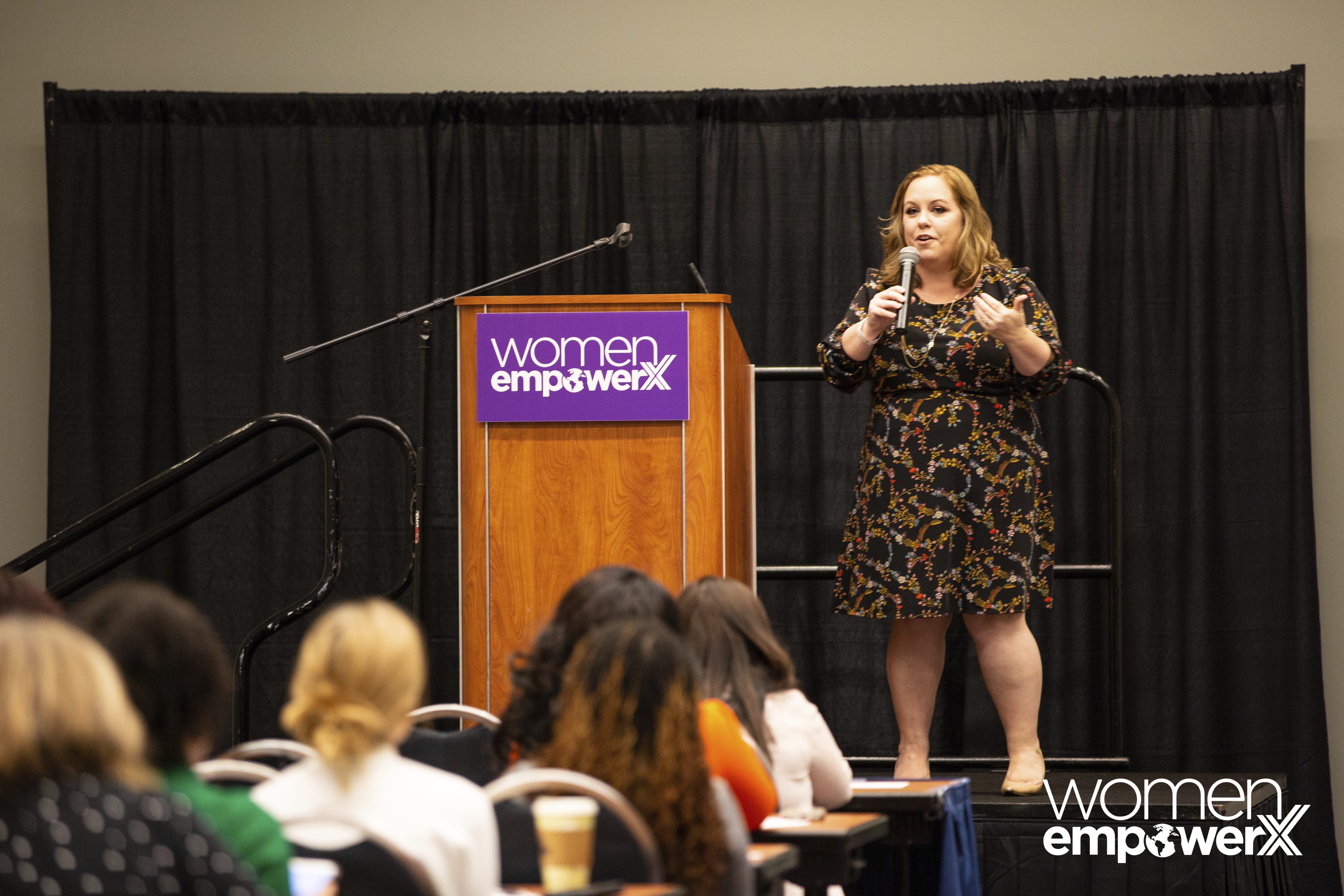 Rita Goodroe addressing an audience at the Women Empower X Expo at the Walter E. Washington Convention Center in Washington, D.C., in June 2019. While Goodroe pivoted years ago to an entrepreneur’s life, the pandemic’s Great Resignation has produced a Great Reinvention as more people of all ages have given up on jobs and find themselves pondering the work-life balance that lends meaning to their lives. (Viviana Garcia via AP) 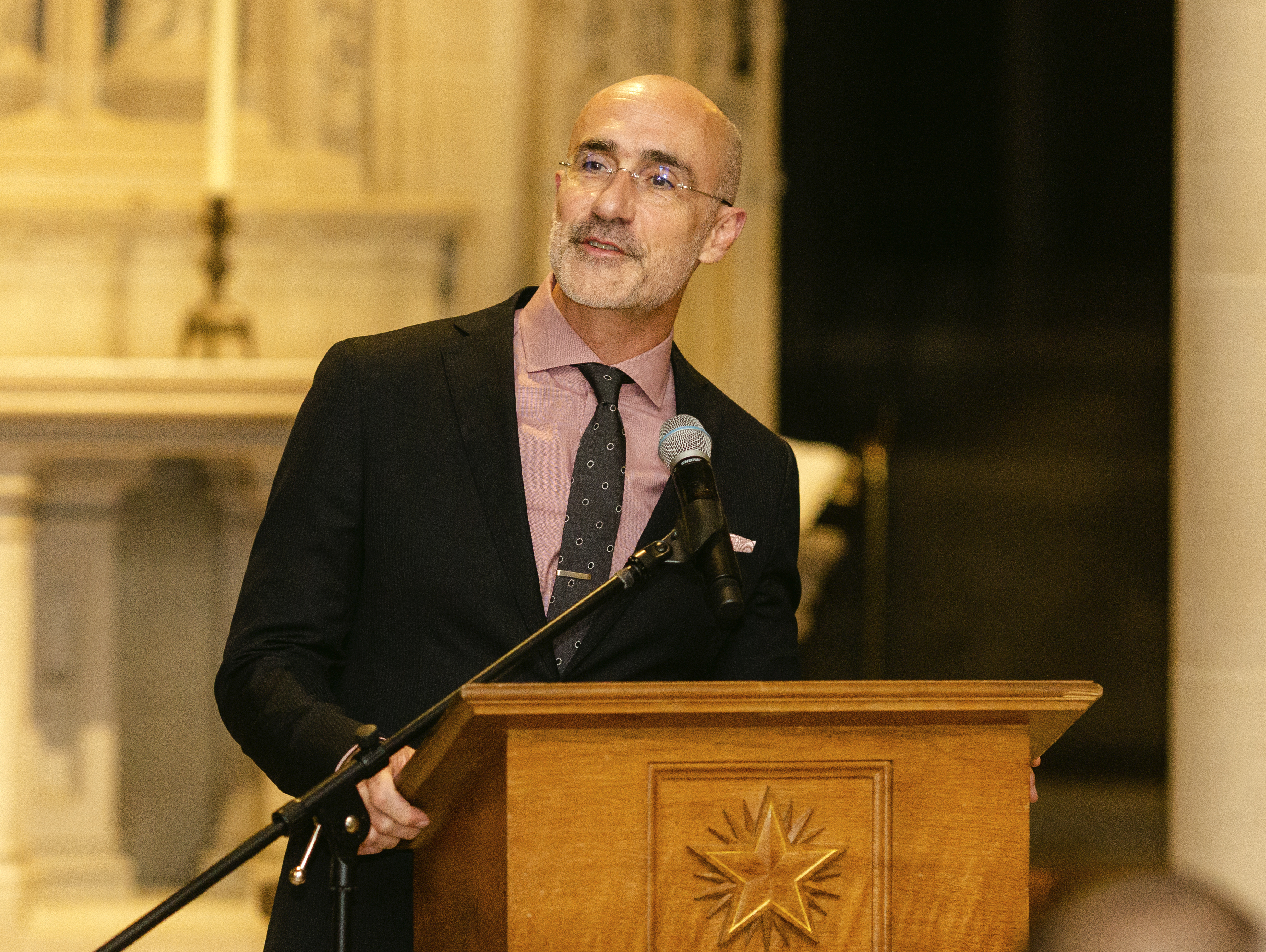 Author Arthur C. Brooks speaks at the Washington National Cathedral in Washington, D.C., on Nov. 2, 2021. Brooks is a happiness social researcher and author of the book, “From Strength to Strength,” about finding success, happiness and deep purpose in the second half of life. (Ann-Marie VanTassell via AP) 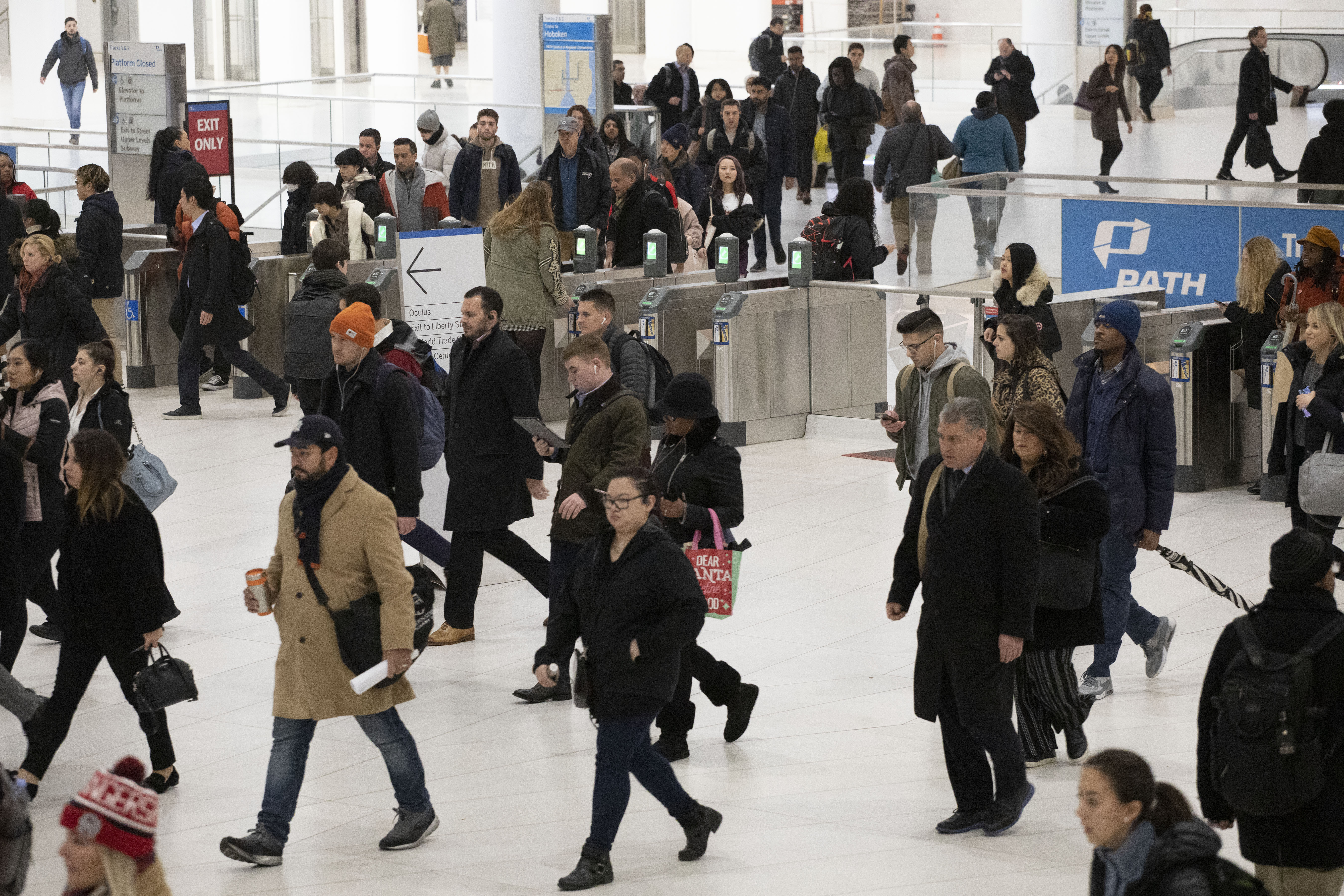 FILE - Commuters walk from the PATH rapid transit station into the World Trade Center in New York on Nov. 18, 2019. The pandemic’s Great Resignation has produced a Great Reinvention as more people of all ages have given up on jobs and find themselves pondering the work-life balance that lends meaning to their lives. (AP Photo/Mark Lennihan, File)