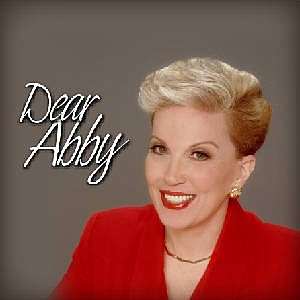 Dear Abby: My sister and I have always been close. She's married to a man I have always thought is domineering and arrogant. I also suspect that he's emotionally abusive from things she has confided over the years. These include days of the silent treatment, refusing to celebrate her birthday because he doesn't believe in it and discouraging her from taking a job she was interested in. He refuses to go to counseling and says whatever problems there are between them are her fault. I hold my tongue and try to tolerate him because she has chosen to stay with him.

He recently participated in a marathon and was connected to us and many others through social media so we could follow the entire two-day event from start to finish. After a day of constant "dinging" on my phone, I found his need for attention over the top and stopped following. My sister was very upset about it. She said she was embarrassed and hurt. When she asked why I stopped, I told her the truth.

Now our relationship is damaged. I apologized and tried to smooth things over, but she's now fully aware of my true feelings about him after seeing and hearing how he has treated her over the years. Should I have "kept the peace," as my dear departed mother always said, and continued to keep my mouth shut, or should I have been honest about my feelings? -- Protective of Sis

Dear Protective: Because you say you and your sister are close, I am surprised you held your tongue about her husband's behavior for so long. You did nothing wrong by tuning out of the marathon updates. You should not have been expected to be held hostage for two days because your brother-in-law's ego needed bolstering. You were honest with your sister and, in my opinion, did nothing that requires an apology.

Dear Abby: My partner and I have been in a long-distance relationship for about a year. After I did some casual social media stalking, I learned he still lives with his ex-boyfriend, in spite of the fact that he continually complains to me about his "roommate," whom he never refers to by name.

On top of that, we made a commitment over the last year to phone each other at least once a day. For the past three weeks, there are times I haven't heard from him at all, despite seeing him active on social media (especially on weekends). It's to a point where I stay awake until all hours, hoping to hear from him. Should I approach him about this, or is this just the end to the "honeymoon phase"? -- Waiting By The Phone In Canada

Dear Waiting: Not only is it the end of the "honeymoon phase," but it may also be the beginning of the end of this romance because it appears your "partner" isn't as eager to contact you as you are to hear from him. Long-distance relationships can be challenging, and you may be happier if you couple up with somebody local.