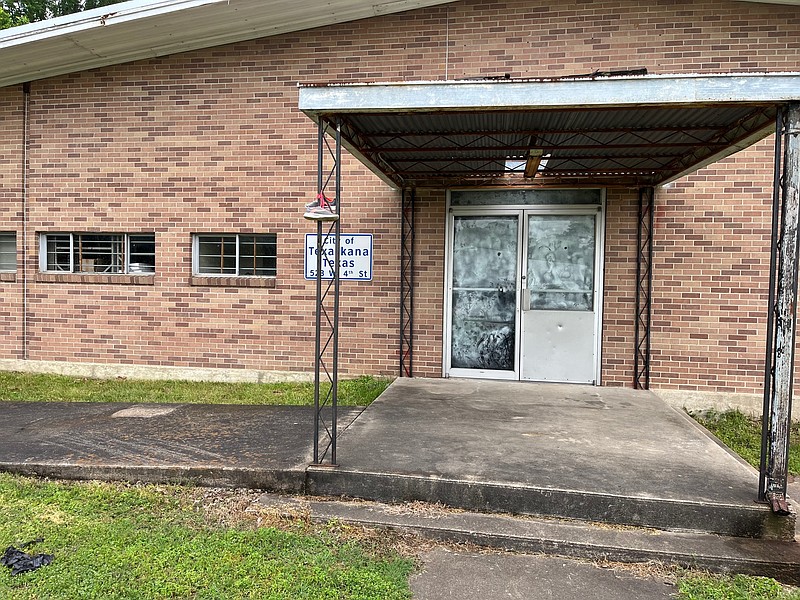 The exterior of the Texarkana, Texas, stray dog kennel is shown Tuesday, May 3, 2022, at West Fourth and Oak streets. The building has no signage denoting it as a place where dogs are kept. (Staff photo by James Bright)

TEXARKANA, Texas -- A lack of funds has led to a deficiency in handling loose dogs in Texarkana, Texas, according to city officials.

The city uses a small facility equipped with seven kennels to house canines picked up inside city limits. Mashell Daniel, director of inspections and code enforcement, said she doesn't think the current facility is adequate to match the city's needs.

"I mean, it's better than nothing," she said. "And it certainly allows us a place and a way to get dogs back to their owners. Would we love to have a bigger facility? Of course we would. I mean, we would love that. But, also, we know that we use taxpayer dollars ... so that's not always possible. We have to make do with what we have. And we've been able to do that very well."

Public Information Officer Lisa Thompson said the city took in 676 animals in 2021. The animal control department has two full-time positions, with only one filled. A city employee who works in multiple departments works part-time to assist animal control.

Daniel said despite this understaffing the city is able to place 60% of the dogs it takes in, resulting in a 40% euthanasia rate. She said the city does not retain official records showing how many dogs were euthanized compared to how many were given to rescue groups, reunited with their owners or adopted out.

"If there is any sign of ownership on the dog, I mean if it even looks like it's cared for -- and it's not a feral dog -- we will keep it at least seven days," Daniel said. "We've kept some of them for three weeks just trying to find an owner or somebody to take it."

The city has been using the structure to house dogs for close to five years, and during that time euthanasia rates have dropped, according to Daniel.

"We had a whole lot of strays in town, and especially in certain parts of town. ... And so the number of euthanasia was higher than it is now," she said. "Now that we've been able to control that population some, it's definitely come down."

The facility is on West Fourth Street across from Randy Sams' Outreach Center and has no discernible signage signifying it as animal control. The majority of the windows have been painted, preventing the ability to see inside the building, and the only information on the structure is lettering stating it is a City of Texarkana, Texas, building.

Thompson said the building is shared with the Fire Department and, because of security issues, the windows were painted.

The building meets state standards, according to Daniel.

"We have the kennel inspected at least once per year by a licensed veterinarian, in which their report is turned into DSHS (Department of State Health Services) as required," she said.

Daniel said there has been discussion of adding signage to the building to signify it as animal control but nothing concrete has occurred.

"Facebook likes to play these tricks on us," Thompson said. "We've had some issues with it. It locked us out for a while. I'm not sure how it was set up originally. Neither one of us (Thompson and Daniel), I don't think, had anything to do with it. But we've tried to gain ownership of it and get it back because it already has an audience."

The Texarkana Texas Animal Control website does not mention the kennel or the city's Facebook page. Its frequently asked questions page states, "The City of Texarkana, Texas does not have a shelter."

In the past, the city would take dogs found on the Texas side to the Texarkana, Arkansas, Animal Care and Adoption Center, which charged a transfer fee of $150 per animal. The current approach has saved the city money. The city pays between $30,000 and $40,000 annually for supplies compared with $80,000 to $100,000 in transfer fees, according to Daniel. The supply costs do not include payroll, she said.

Thompson said there hasn't been a feasibility study performed to determine the cost of building and staffing an animal shelter on the Texas side, but the current process has been effective at curbing the amount of stray dogs in the city.

"And I will say what we're doing now is not adequate, but, at the same time, all of these funds are general fund expenditures," Thompson said. "So, talking about animal control, if we add money we have to take it away from streets or police, or something else."

For the time being, Daniel said the current approach has been successful for the city.

"By saving money, we are able to better handle the problem," she said. "That's a win-win situation for everybody."

"Mashell (Daniel) started working on this problem and quickly realized there is an issue here that we don't have our hands around," Thompson said. "So we started talking about things like an animal coalition, and working with the vets in town to vaccinate when we take an animal in, and working with these champions, for lack of a better word, in our community to figure out what to do with the dogs. And we've made a lot of progress. It's not perfect yet, but I do think we're in a better spot than we were two or three years ago."

Daniel said although it's not perfect, the animals taken in by the department are safe.

"They're in their kennel and not out in the road getting run over, or getting mauled by other animals," she said.

The Gazette is scheduled to do a walkthrough of the kennel on May 17.

Importance of microchipping and registering dogs

"This group was formed as a way for anyone who has concerns or cares about animals to come, discuss and solve animal control issues across the four states region," she said. "We meet on the third Thursday of the month at 6:15 (p.m.) either at the Texarkana Texas Convention Center or the Southwest Center. TACT does have a Facebook page that we advertise on. We are planning a free microchip event, and I can pass these details on as soon as they are finalized."

Daniel said microchipping and registering dogs are the best way to get them back to their owners should they escape their homes. She also encouraged residents to call Texarkana, Texas, animal control if they are looking for a lost pet on the Texas side. 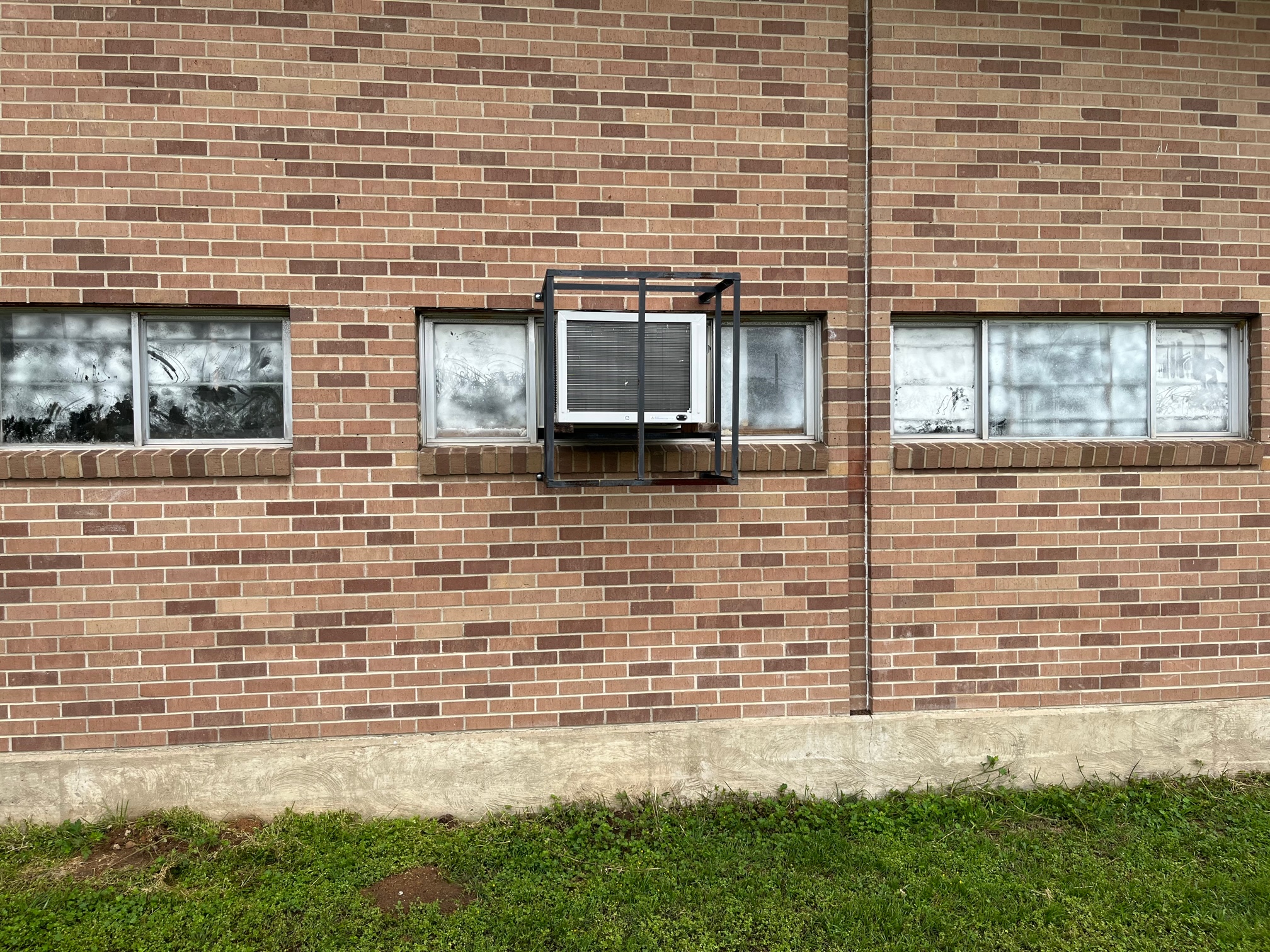 The exterior of the Texarkana, Texas, stray dog kennel is shown Tuesday, May 3, 2022, at West Fourth and Oak streets. Windows at the kennel have been whited out in an effort to keep people from breaking into the building, according to city officials. (Staff photo by James Bright)

The exterior of the Texarkana, Texas, stray dog kennel is shown Tuesday, May 3, 2022, at West Fourth and Oak streets. There are currently seven cages inside the kennel used for the temporary housing of dogs, according to city officials. (Staff photo by James Bright)

The exterior of the Texarkana, Texas, stray dog kennel is shown Tuesday, May 3, 2022, at West Fourth and Oak streets. (Staff photo by James Bright)