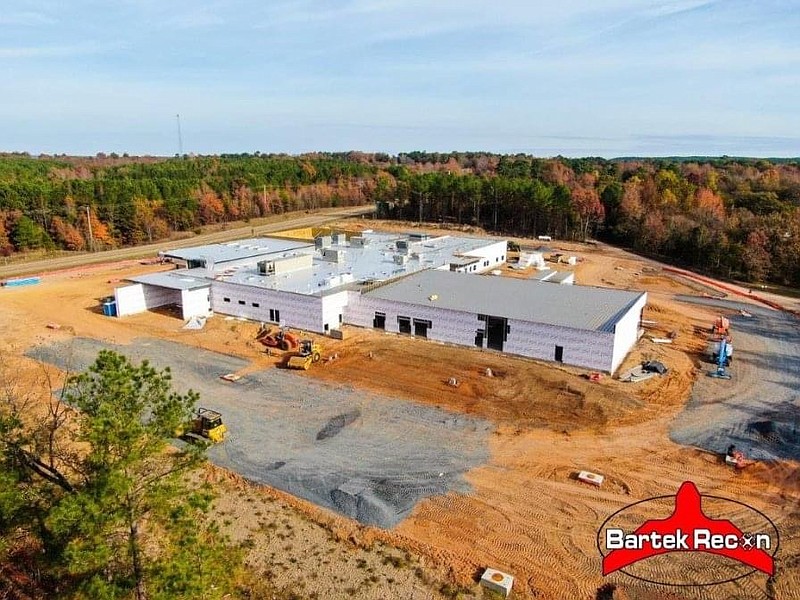 An aerial view of the new Sevier County Hospital.The hospital is scheduled to open in September. (Photo courtesy of the hospital board)

SEVIER COUNTY, Ark. -- The hospital being built just north of De Queen, Arkansas, is back on track to open in the fall despite an act of vandalism at the end of March.

On the night of March 31, thieves broke into the Sevier County Medical Board construction site and stole installed copper lines, hospital CEO Lori House said in a news release. They also took tools and other items used for construction.

Officials were afraid damage caused by the forceful removal of building materials could set back the hospital's opening, which was scheduled for September. Many materials needed were not available because of global supply chain issues. However, a recent report from the hospital board indicates the materials have been obtained and the opening could still happen at the end of September.

"This is certainly a sad day to see this type of thing happen, but I promise they can't stop us or our community from establishing a world-class facility right here at home," House said in a news release.

The hospital, whose funding was approved by Sevier County voters through a 1% sales tax passed in October 2019, will be on the east side of U.S. Highway 71, a few miles north of De Queen.

The county's former hospital, which was owned by an out of state company, closed in 2019 after a series of financial setbacks.

The 18-acre site is being landscaped to create a visually appealing campus for the hospital.

The hospital is expected to employ about 105 people. The 42,000-square-foot campus will include an outpatient rehabilitation facility.