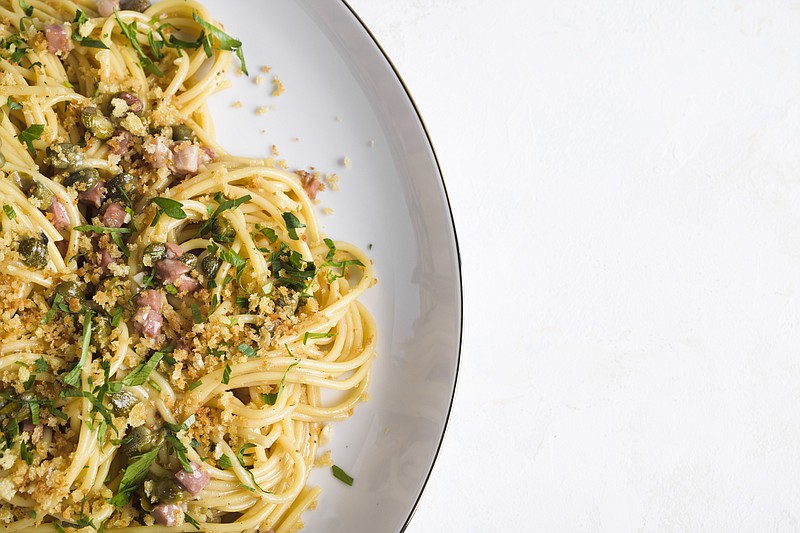 This image released by Milk Street shows a recipe for Lemon Caper Spaghetti with Pancetta and Toasted Breadcrumbs. (Milk Street via AP)

Tomatoes may get more attention, but throughout Italy, lemon also often finds its way into pasta.

Along the Amalfi coast, ring-shaped calamarata pasta is paired with clams, parsley, garlic and fried strips of a sweet local lemon. In Sicily, broken pasta comes studded with toasted pistachios, Parmesan, and a lemon's juice and zest. And in Rome, the juice is whisked with olive oil, cream and Parmesan for al dente tagliatelle.

The sour and subtly sweet citrus balances the noodle's starch and the sauce's heft, functioning much like the dose of freshly ground black pepper that offsets pecorino Romano in cacio e pepe. And it serves much the same role as tomato often does, providing acidity that cuts through cheese.

In fact, the pairing of lemons and pasta is arguably more traditional than red sauce itself, as the fruit arrived in Italy at least 1,500 years before tomatoes.

Lemon features prominently in one pasta in our book "COOKish," which limits recipes to just six ingredients without sacrificing flavor. Bright, bracing lemon zest and juice perk up the savoriness of garlic, pancetta and capers, while a dusting of golden crisp breadcrumbs adds texture.

This spaghetti also is a one-pot wonder: We cook the pasta in a minimal amount of water, and the starchy liquid that results forms a lightly thickened sauce that coats the noodles.

Grated zest and juice of 1 lemon 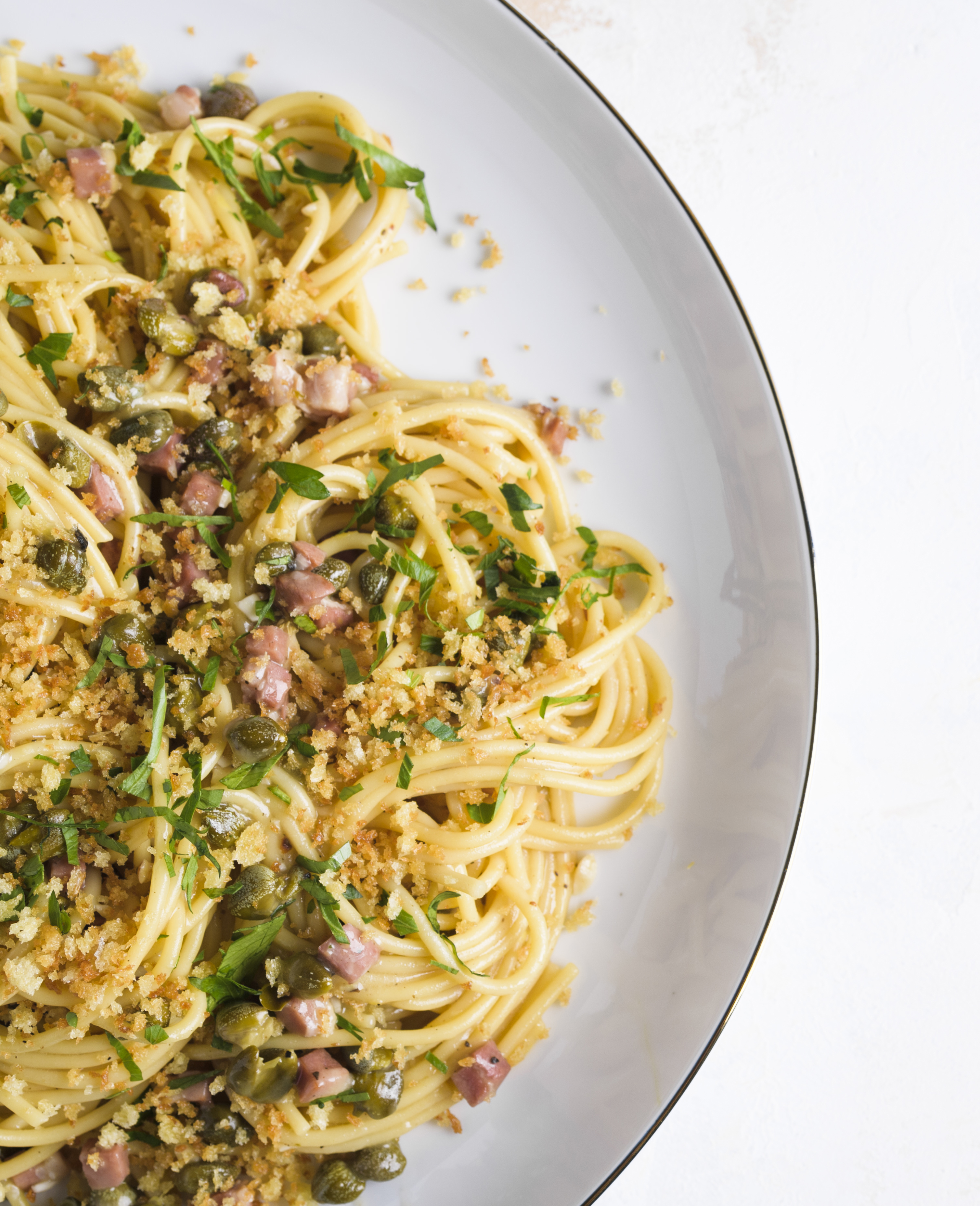 This image released by Milk Street shows a recipe for Lemon Caper Spaghetti with Pancetta and Toasted Breadcrumbs. (Milk Street via AP)