The mundane thrill of 'romanticizing your life' 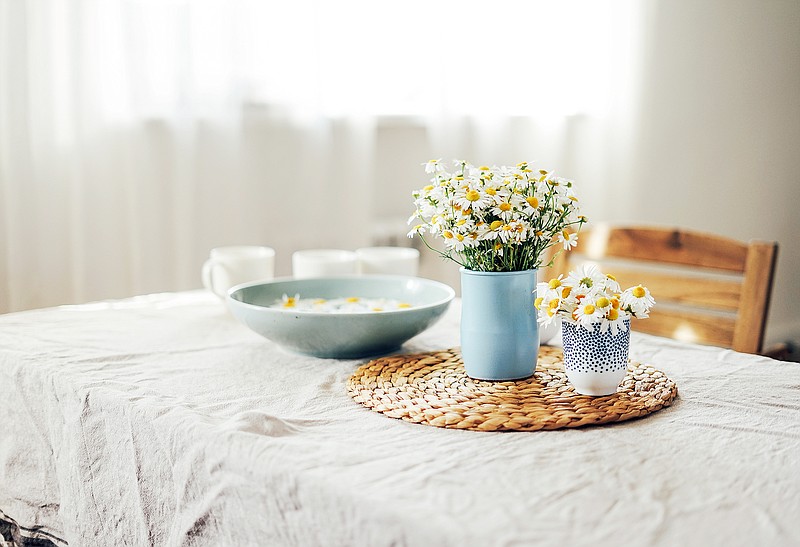 On YouTube, a filmmaker from Utah soaks in the morning sun, savors a fresh croissant and spritzes lemon-scented perfume on a duvet decorated with pink roses. Her videos, a cozy escape into cottagecore, are inspired by "Anne of Green Gables," Jane Austen novels and the period drama "Bridgerton," offering tips on "how to be happier and appreciate the little things."

Elsewhere, on TikTok, people spice up their breakfast routines, buy bouquets of flowers and practice gratitude. One content creator, Rachel Hess, 21, uses a rolling pin to press eucalyptus leaves before hanging them in her shower, in a video that has been viewed more than 6.8 million times. "Romanticize yourrrr lifeeeeeee," the caption reads.

"I want to make even the most mundane of days feel unique because they are what make up the majority of our lives -- not the vacations, or special events that happen once in a while," said Hess, a student in Pennsylvania.

For the past two years, the phrase "romanticize your life" has emerged on social media as a call to action, rising in popularity during some of the grimmest months of the pandemic. It asks us to appreciate what we have right in front of us and to live with intention, no matter how mundane our daily rituals might be -- a reminder to look for moments of beauty and embrace minimalism.

Videos with the hashtag, posted overwhelmingly by young women, have been viewed more than 525 million times on TikTok. There are also more than 28,000 posts referring to it on Instagram, where images include sunsets by the water, elegantly plated dinners and dainty cups of tea.

Although some of the content appears aspirational -- not all of us can afford a quick trip to Italy or run off to a field full of flowers, dressed in flouncy spring fashion -- most of it rejects the type of messaging that pushes people to acquire material things. And it likewise renounces the "that girl" aesthetic that promotes a one-size-fits-all path to well-being, replete with green juices, journaling and working out.

One Reddit commenter found joy even while washing coffee pots at work. "After putting a little soap in the pot, I gently squeeze the bottle to blow bubbles out," the user wrote in a thread about romanticizing. "I love bubbles."

Experts say the romanticizing trend may have endured in part because it is a new way of exploring mindfulness -- the practice of paying attention to the present moment and becoming aware of your physical sensations, thoughts and emotions in a nonjudgmental way. It also offers a sense of agency, a feeling of control that has been sorely lacking as the pandemic grinds on.

"It's being positive about the things that life has to offer, regardless of whether the circumstance is what you imagined or wanted," said Ashley Ward, 26, whose 2020 TikTok video about romanticizing has been viewed more than 3 million times. "You can't control everything in your life, but you do have control of how you view your situation."

Jake Cohen, 28, a cookbook author whose avocado toast video was viewed almost 400,000 times on TikTok, said romanticizing is "about finding meditations in our daily rituals."

The trend draws wisdom from different domains, like mindfulness, positive psychology and the Danish custom of hygge, but "it's being presented in a way that's engaging and keeps it fresh," said Eric Loucks, an associate professor of epidemiology, behavioral and social sciences, and medicine at Brown University and the director of the school's Mindfulness Center.

Loucks' research and his new book, "The Mindful College Student," illustrate how mindfulness can decrease stress and symptoms of depression, and improve sleep quality and physical activity levels. "Romanticizing your life" intersects with mindfulness, he added, in part by helping us become more in tune with ourselves.

"If we're trying to build a life that makes us happy, and put ourselves in the center of it in a kind way, well, each of us are different," he said. "Which methods resonate most? That's self-awareness."

Intertwined in the online conversation about "romanticizing your life" is the "main character" trend -- videos with the hashtag have generated 6.9 billion views on TikTok, followed by its sibling, "main character energy."

The main character meme spawned numerous parodies poking fun at movie cliches and narcissism. It's "a fun way to bring to light some of the cringey things people romanticize," Ward said. But "being the main character" has also become a sincere reminder to let your actions drive the narrative, much like a film's protagonist would.

In Ward's TikTok video, the camera is positioned high above, peering down at the beach where she reclines on a towel. The overhead shot conveys that she is the main character, and the simplicity of the imagery allows her earnest voice-over to take center stage.

Her audio track has since been used by numerous other content creators, like Angela Liguori, a travel influencer and photographer, who paired the sound with a montage of the far-off locations she visits.

"A main character has a full sense of agency, and what the pandemic took away from us was that sense of agency," said Sherry Turkle, a psychologist and professor at the Massachusetts Institute of Technology who researches people's relationships with technology.

Becoming the main character is also a way of creating a more authentic self, and making space for who you are, she added.

"I think there's been a convergence of wanting to -- in our isolation -- find our identities in a kind of heightened way, and one in which we assert our individuality," she said.

Livia Boerger, a mental well-being coach in London, has written about the various ways people can begin to romanticize their lives and has a 28-day challenge on her website, to "help you celebrate living for the smaller reasons and fall in love with life again."

During the pandemic, she said, a lot of people have been "looking for ways to create joy and find that happiness internally, and make the most of what they had."

It may also lead to a larger question: What truly brings us happiness? Is it that expensive vacation or that new piece of clothing? Or should we stop waiting for that picture-perfect moment and start enjoying the present?

"You can find so much joy in free things," Boerger said. Taking the time to jump in rain puddles with your child, for example. Or stopping to enjoy a cup of tea rather than multitasking while you drink it. "It tastes so much better when I put my focus on it," she said.

Print Headline: The mundane thrill of 'romanticizing your life'