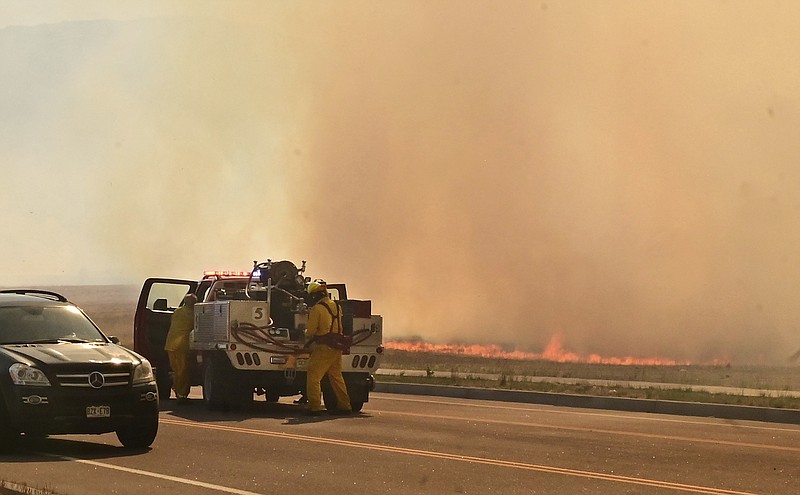 FILE - A firefighting crew arrives at the scene of a field on fire adjacent to the Amazon Distribution Center in Colorado Springs, Colo., on May 12, 2022. More than 5,000 firefighters are battling multiple wildland blazes in dry, windy weather across the Southwest. Evacuation orders remained in place Thursday, May 19, 2022, for residents near fires in Texas, Colorado and New Mexico. (Jerilee Bennett/The Gazette via AP, File)

ALBEQUERQUE, N.M. -- More than 5,000 firefighters battled multiple wildland blazes in dry, windy weather across the Southwest on Thursday, including a fire that has destroyed dozens of structures in west Texas and another that's picking up steam again in New Mexico.

Evacuation orders remained in place for residents near the wildfires in Texas, Colorado and New Mexico.

Dangerous fire weather involving gusty winds, high temperatures and extremely low humidity was predicted to continue through Friday -- especially in New Mexico, where the largest U.S. wildfire burned for more than a month and the governor expects the number of structures destroyed will exceed 1,000.

More than 2,100 fire personnel with fighting that blaze, which has burned more than 473 square miles of timber and brush in a region east of Santa Fe and south of Taos. Only about one-third of the fire's perimeter is estimated contained. With winds gusting up to 40 mph, red flag warnings signalling extreme wildfire danger were in effect until 10 p.m. -- much later into the night than is typical.

In Texas, the Texas A&M Forestry Service said the fire that has burned dozens of homes was still only 5% contained Thursday afternoon after charring more than 15 square miles of juniper and mesquite brush 18 miles southwest of Abilene.

That fire had prompted the evacuation of the historic town of Buffalo Gap on Wednesday. Forestry Service spokesman Stuart Morris said the town had reopened Thursday, but a wind shift expected later Thursday could pose a new threat.

No injuries had been reported as of Thursday afternoon, but Morris said 27 structures had been destroyed. It wasn't immediately clear how many of them were residences.

All of West Texas was under a red flag wildfire danger warning Thursday, with an underlying drought and critically to extremely dry vegetation combining with 100-degree temperatures Fahrenheit and gusty winds.

However, the Forestry Service said a new weather pattern by the weekend is expected to usher in cooler temperatures and moisture that could limit potential for wildfire activity on Saturday and Sunday.

Wildfires have broken out this spring earlier than usual across multiple states in the western U.S., where climate change and an enduring drought are fanning the frequency and intensity of forest and grassland fires. 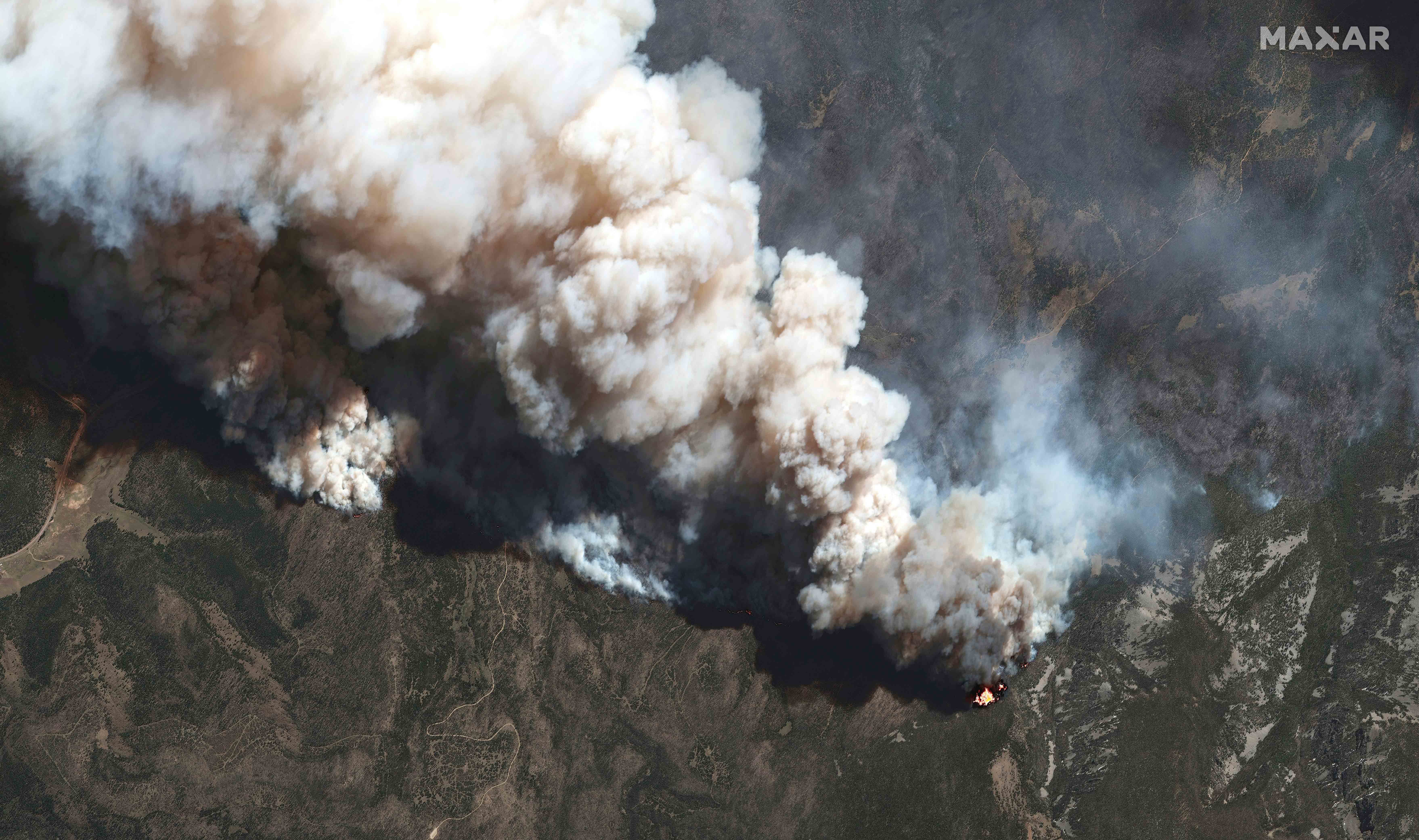 FILE - This satellite image provided by Maxar Technologies shows the active fire lines of the Hermits Peak wildfire, in Las Vegas, N.M., May 11, 2022. More than 5,000 firefighters are battling multiple wildland blazes in dry, windy weather across the Southwest. Evacuation orders remained in place Thursday, May 19, 2022, for residents near fires in Texas, Colorado and New Mexico. (Satellite image ©2022 Maxar Technologies via AP, File)