Now there was a song: 'Crying My Heart Out Over You'

This week in 1982: The World's Fair opened in Knoxville, Tennessee; President Ronald Reagan offered a two-step disarmament plan to reduce arsenals by one-third initially; Braniff International airline filed for bankruptcy; and a singer from Cordell, Kentucky, was enjoying the success of his first No. 1 single.

Most hit songs spend their time climbing the charts, reach their peak, and usually come down the charts much faster than they went up the charts, and then into the archives of soon to be forgotten tunes. A few of them do get picked up and re-recorded for another round of chart numbers, and Ricky Skaggs' 1982 No. 1 "Crying My Heart Out Over You" was one of those songs.

The song was written by Carl Butler, Lester Flatt, Earl Scruggs and Earl Sherry and scored a No. 21 hit for Flatt & Scruggs in 1960.

Ricky Skaggs had included the tune in his concerts prior to his recording it for his 1981 "Waitin' for the Sun to Shine" album for Epic Records.

Skaggs' father-in-law, Buck White, had suggested they slow the tempo a bit on Ricky's version, and Ricky added a few extra chords to the arrangement. 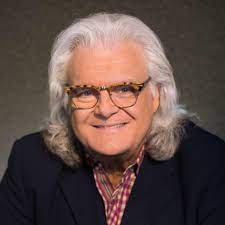 Print Headline: Now there was a song: ‘Crying My Heart Out Over You’