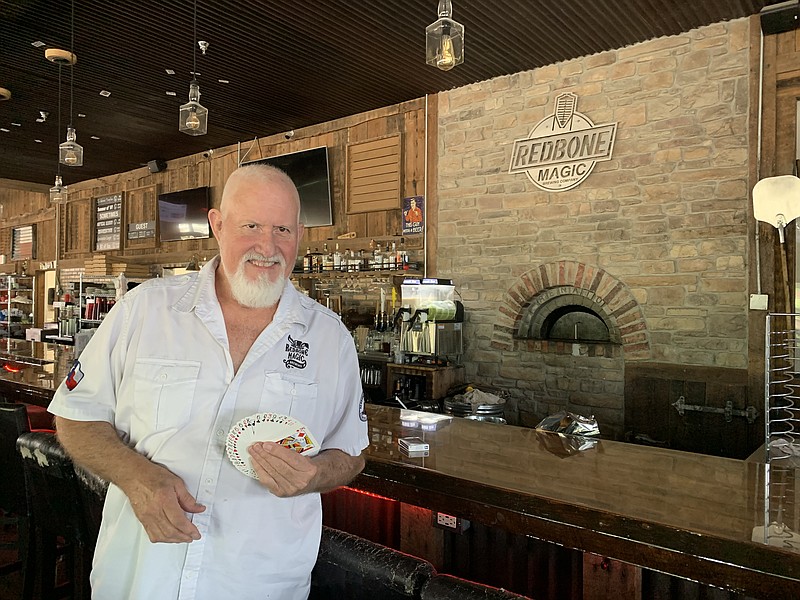 Roger Sheppard stands in front of the bar holding a deck of cards on Tuesday, May 17, 2022, at Redbone Magic Brewery in Texarkana, Texas. (Staff Photo by Mallory Wyatt)

TEXARKANA, Texas -- A historian and a scientist walk into a bar.

Scurlock had been a home brewer for 15 years when he decided to open his own brewery. His inspiration for the name Pecan Point comes from a geographic area on the Red River, in the northwest corner of Bowie county.

Scurlock and his wife describe themselves as history people. Scurlock was a publisher, while his wife was an editor, prior to getting involved in brewing.

"All the beer that I brew has a historic name or connection to the city of Texarkana," Scurlock said. "We have fun, my wife and I, creating and naming the beers."

Pecan Point has eight beers on tap, ranging from his Twin City Pilsner to his Bells Dairy Milk Stout.

Sheppard was a science teacher for seven years, along with being a screenprinter and avid magician, prior to getting involved in the world of brewing.

"Redbone was a psychological ploy to get my wife to buy into this idea. Her Dad's name was Horus Augustus Lindsay, but everyone called him Redbone. He was a fisherman and an avid beer drinker.

"Beer brewing was always an interest of mine. I was very interested in the aspect of taking a living organism and using it to create ethanol and carbon dioxide, which are the byproducts of when yeast eats the sugar," he said.

Sheppard was always influenced by the German-Bavarian region when it came to brewing.

"Germans take their time to brew. They may take five or six days," said Sheppard. "It's called the decoction method, over a period of time the flavor profile is way better."

Sheppard is considering making a seltzer in the future.

"You've got all kinds of things that make the flavor profile, but I think a strawberry seltzer, maybe a blackberry seltzer or blackberry mead would sell really well." 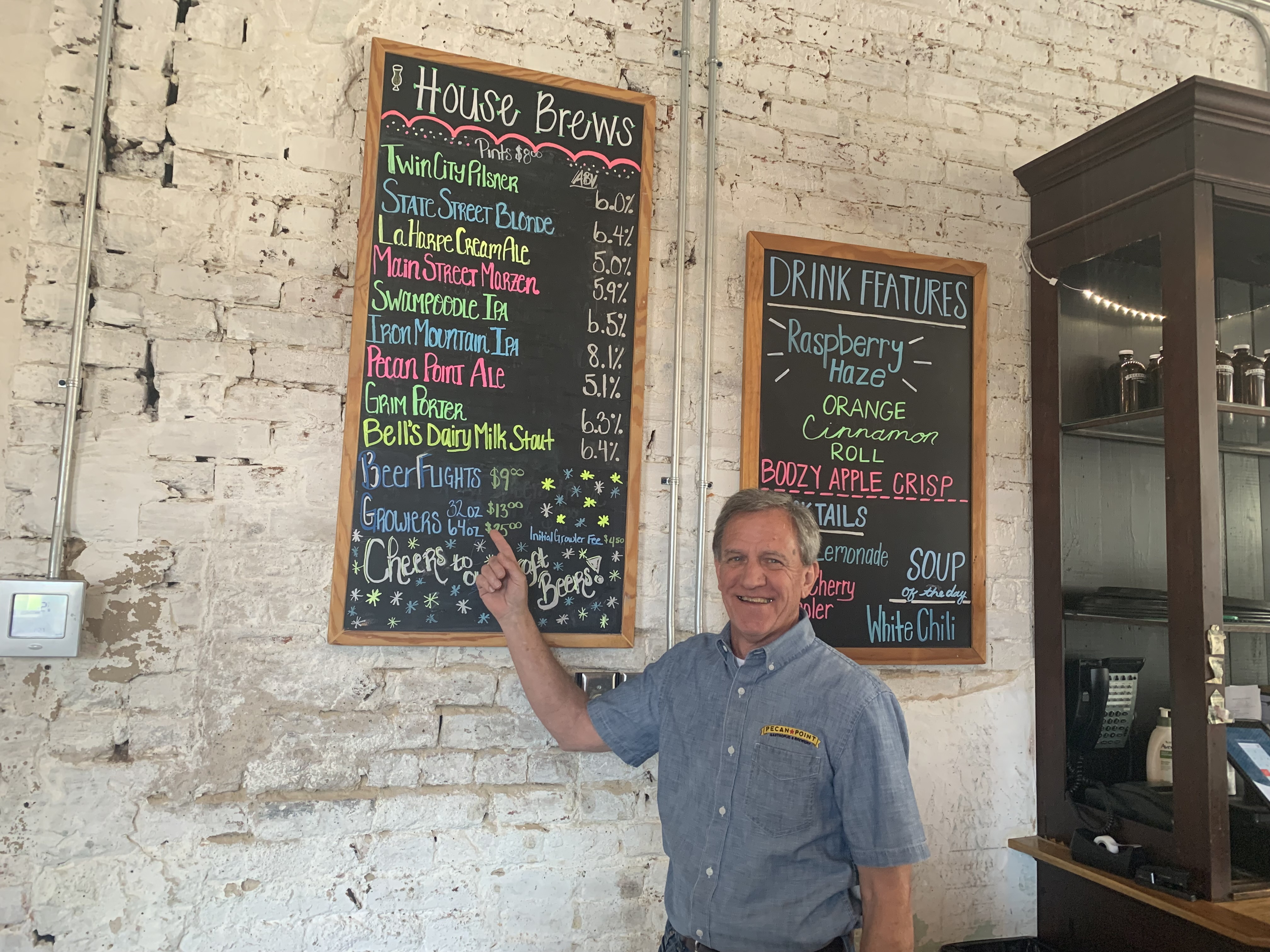 Bill Scurlock points at his sign of historically named brews on Wednesday, May 18, 2022, at Pecan Point Gastropub and Brewery in Texarkana, Texas. (Staff Photo by Mallory Wyatt)