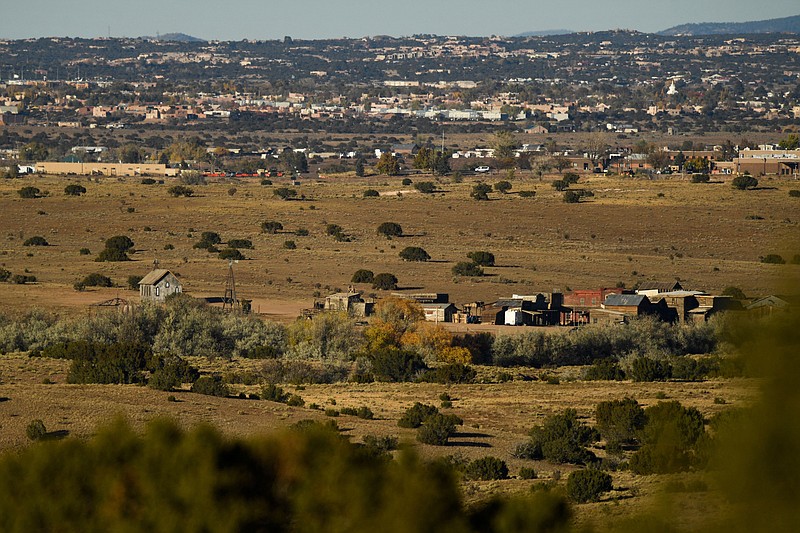 Buildings at the Bonanza Creek Ranch film set, near where a crew member was fatally shot during production of the western film "Rust," are seen on Oct. 28, 2021, in Santa Fe, New Mexico. Filming will resume once the sheriff's office is done investigating the shooting death of cinematographer Halyna Hutchins. (Patrick T. Fallon/AFP/Getty Images/TNS)

LOS ANGELES -- Several months after Alec Baldwin accidentally shot and killed cinematographer Halyna Hutchins while on the set of "Rust," one of the film's producers says he and others plan to forge ahead.

Rust Movie Productions is still being investigated by the Santa Fe County Sheriff's Office after the company was accused of cutting corners and flouting safety guidelines that led to the fatal misfiring of the gun on Oct. 21, 2021. Once the investigation concludes, however, co-producer Anjul Nigam believes the team will pick up where they left off with the film.

"We're confident we'll be able to complete the movie," Nigam recently told the Hollywood Reporter. "'Rust' is obviously a horrific tragedy. The investigation will hopefully be resolved soon and will unveil what happened."