TEXARKANA, Texas -- A man whose fists were found by a jury to be deadly weapons was denied a new trial this week by an appellate court in Texarkana.

Dontavious Dishawn Haney, 21, was found guilty of aggravated assault with a deadly weapon causing serious bodily injury to a family member by a Bowie County jury in July 2021. The jury found that Haney used his fists as deadly weapons when he assaulted his girlfriend, Denise Watson, in their Peach Street apartment the morning of Jan. 24, 2020. They also assesssed a $10,000 fine.

Haney claimed that he punched Watson in the face reflexively after she knocked a phone out of his hands. Witnesses at trial gave far more violent accounts and described Haney as routinely abusive toward Watson.

On appeal, Haney argued that the evidence presented at trial was insufficient to convict him and that there wasn't enough evidence to support the jury's finding that his fists were deadly weapons.

In the opinion issued Tuesday, the Texas Sixth Court of Appeals pointed to the testimony of Texarkana, Texas, Police Det. Cliff Harris, who interviewed Haney. Haney told Harris that he and Watson had fought the night before, that he had broken her phone out of anger and that Watson had told him she no longer wanted to be in a relationship with Haney because of physical abuse.

Testimony from Texarkana neurosurgeon Dr. Marc Smith and from a Dallas medical examiner are pointed to in the opinion in a discussion of whether the jury had enough evidence to find Haney's fists were used as deadly weapons. Both witnesses testified that the injuries sustained by Watson were consistent with punches to the eye and jaw area.

Also noted was body camera footage during which Haney was taped admitting, while making a closed fist, that he had hit Watson in the face with his left hand, causing her nose to bleed.

"Lauren Lynch, another TTPD officer, testified that Haney, who told Lynch he had 'jabbed' Watson with his left hand, hand an injury to his right hand," the opinion states.

Haney is currently serving his sentence at the Lychner Unit of the Texas Department of Criminal Justice in Humble, Texas. 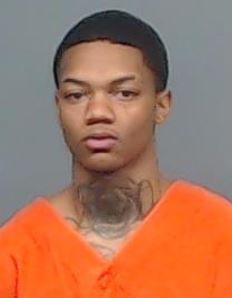