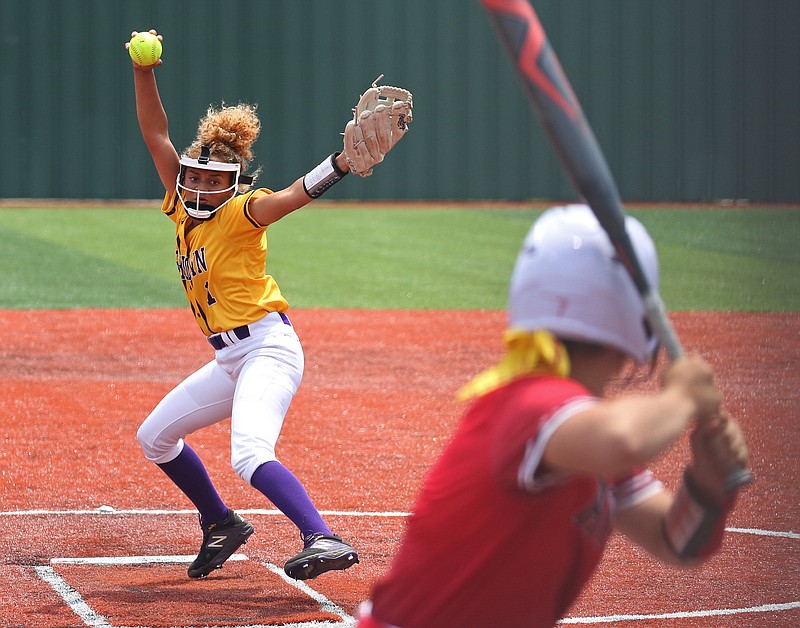 Madison Cook, left, delivers a pitch to the plate for Ashdown during the 3A Arkansas State Softball Championship game against Atkins in Benton on Saturday, May 21, 2022. (Arkansas Democrat-Gazette/Colin Murphey)

BENTON -- Ashdown used the time-tested trio of pitching, defense and timely hitting to win their first softball state championship since 2008 on Saturday.

Ashdown's Madison Cook pitched a complete-game shutout and the Pantherettes scored two runs each in three consecutive innings for a 6-0 win over Atkins to win the Class 3A state championship at Benton Athletic Complex.

"We've got a lot of speed on our team," Ashdown Coach Ashlynn Pelotte said. "They're primarily outfielders. They have the ability to track down balls. They get there quick. We relied on them a lot in this tournament."

Cook scattered five hits and struck out five in the win. She pitched out of trouble in the seventh inning when Atkins (20-9) loaded the bases on singles by Maven Cauthen and Libby May along with a walk to Addison Flory.

Karielle Forbes, Ashdown's big hitter who slugged 12 home runs during the season as well as an inside-in-the-parker, put the Pantherettes up 2-0 with a bloop single in the third inning.

"She's produced for us all year," Pelotte said. "For her to come out in the state championship game and get runs on the board is huge for her and huge for us."

Shamari French walked and Jeana Paredes singled before Kylie Erwin walked to pack the bases. Forbes then got just enough of a change-up to score the two runs.

"It was hard. I was really anxious," Forbes said. "I was trying to figure out where to place the ball. I thought it was going to be a pop-up."

Ashdown added two runs in the fourth inning on a single by Coleman and a double by Lakenya Williams.

The Pantherettes took a 6-0 lead with two more runs in the fifth inning.

Kaylee Walker singled home Forbes, who had singled and walked, and Walker scored on a double steal.

Erwin was named the Most Valuable Player after her performance behind the plate and her timely hitting earlier in the state tournament.

"This entire tournament, she has really followed through in the field and been a complete wall," Pelotte said. "We had a couple of close games, and Kylie really led us at the plate the whole time, so it was an easy pick for her to be our MVP for the tournament."

Erwin said she was surprised when her name was called for the MVP award.

"I thought Karielle was going to get it," Erwin said. "I wasn't even worried about it. Instantly, I wanted to cry. Being named the MVP in the state championship game is amazing."

"When I was in the eighth grade, our catcher was a senior," Erwin said. "I started working at it. Now I'm a catcher."

The first two batters of the game for Atkins reached with Christin Flory walking and May blooping a single to right. But two straight strikeouts and a foul out ended the threat.

Cauthen and Addison Flory also had singles in the third inning as Atkins threatened again early.

"I could second-guess myself all day long and think about bunting, but that's not who we've been all year," Atkins Coach Matt Porter said. "We've swung the bat all year and have had a great hitting team. I felt like we needed to swing it to beat them."

Atkins had runners on base in the fifth, six, and seventh innings, but Ashdown's defense ended those scoring opportunities. 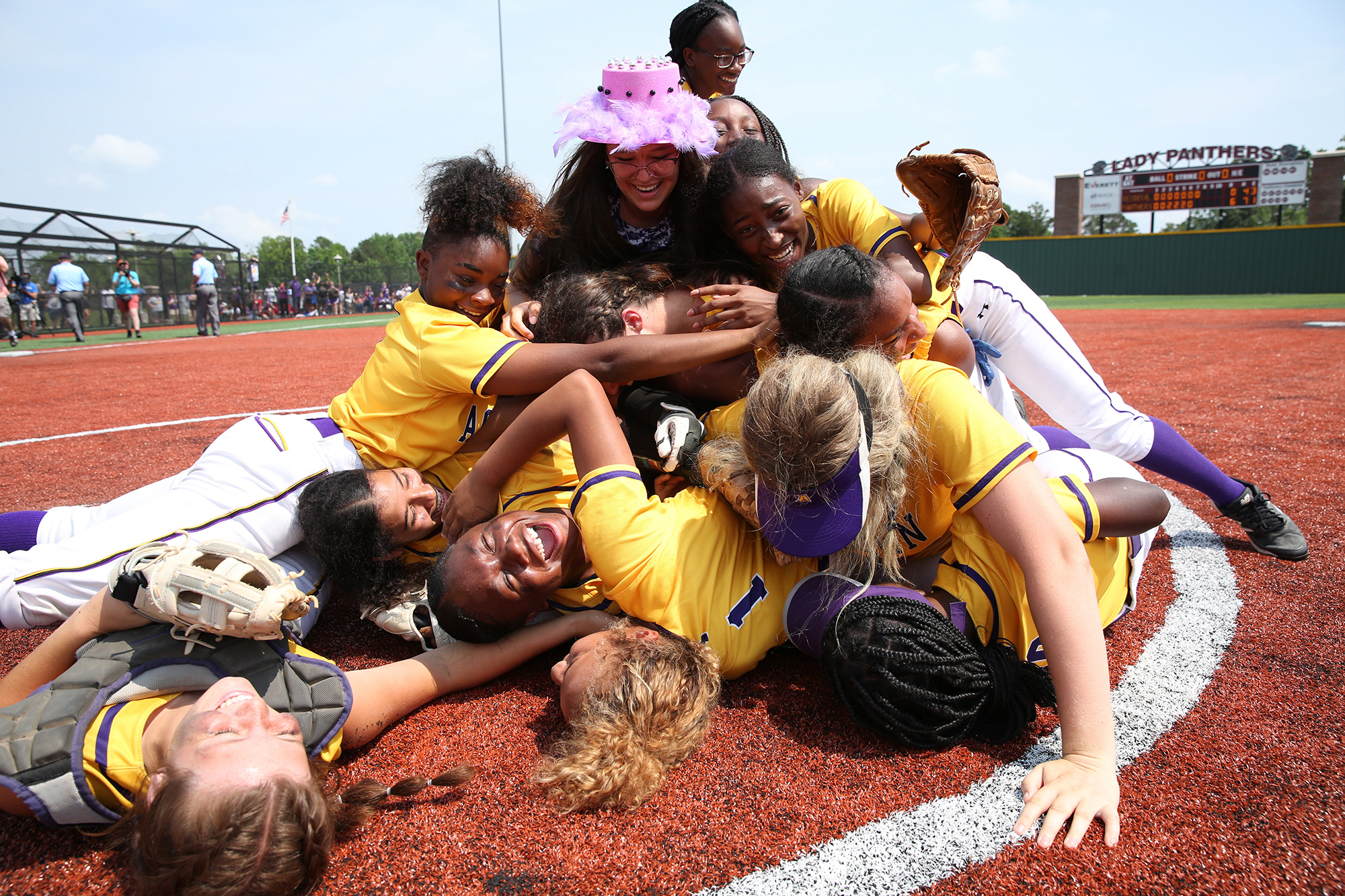 The Ashdown Panthers celebrate winning the 3A Arkansas State Softball Championship game against Atkins in Benton on Saturday, May 21, 2022. (Arkansas Democrat-Gazette/Colin Murphey) 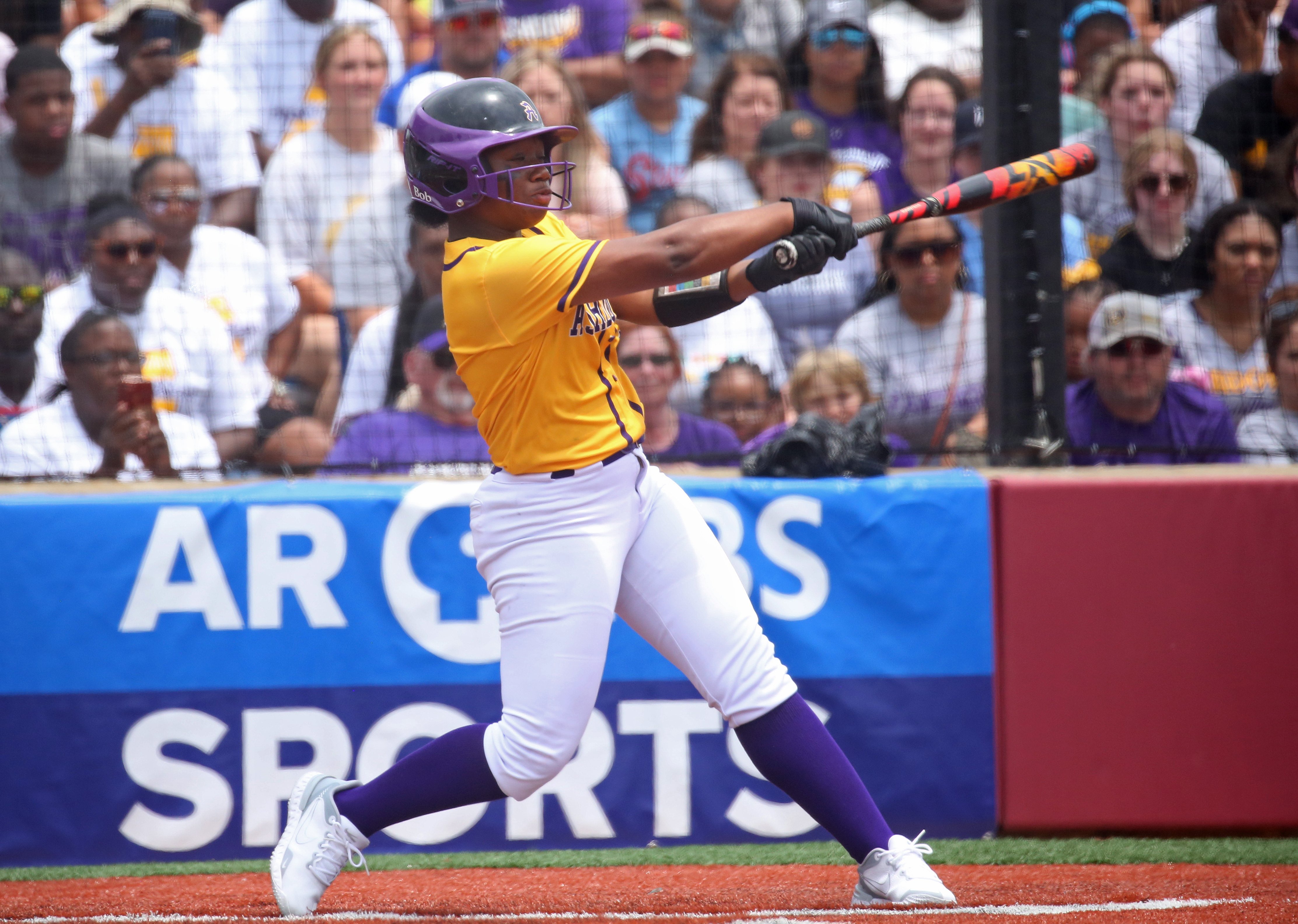 Raven Pounds takes a swing at the plate for Ashdown during the 3A Arkansas State Softball Championship game against Atkins in Benton on Saturday, May 21, 2022. (Arkansas Democrat-Gazette/Colin Murphey)