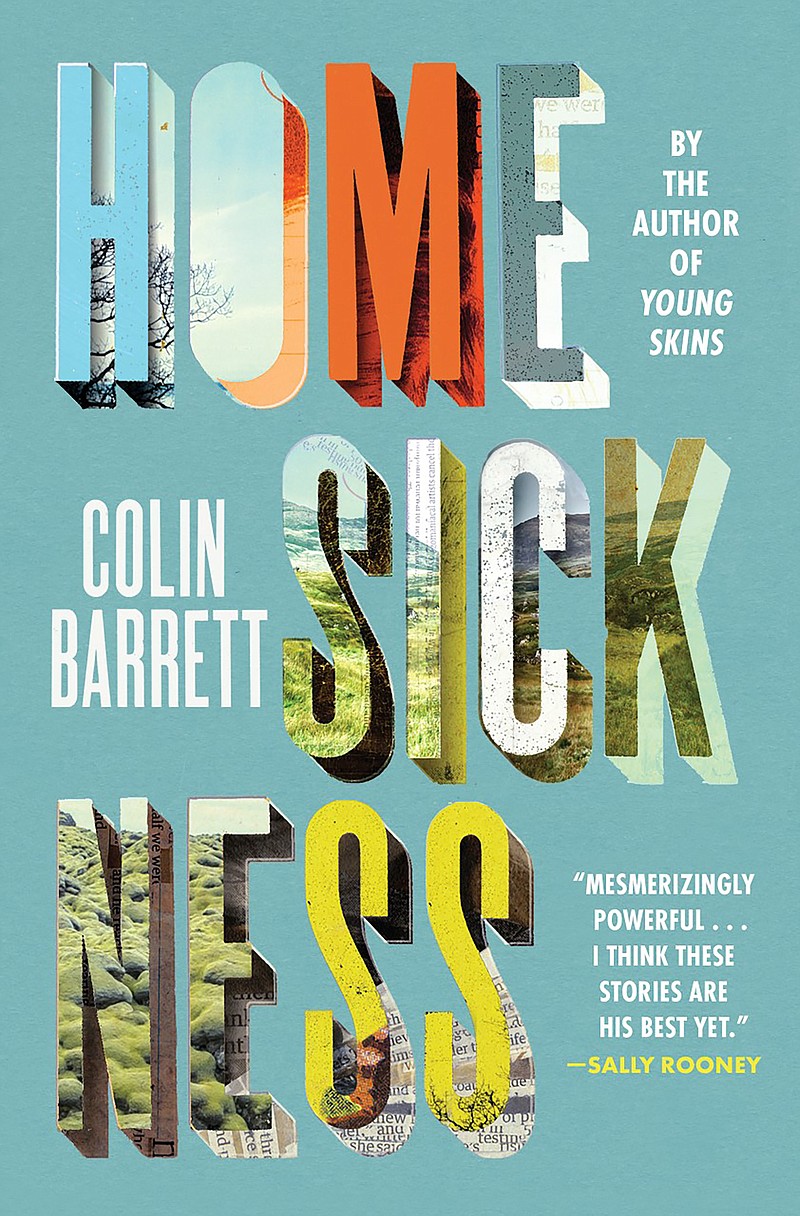 Many a writer claims mastery of technique, but few deliver at the auspicious level of Colin Barrett, whose roving perspectives, lopped-off endings and Kevin Barry-esque dialogue dazzle in his second collection, "Homesickness." Barrett harnesses his craft in service of his characters, mostly working- and middle-class folks from Ireland's County Mayo, their dreams played out, or at least caught in a ditch along some ribbon of highway.

Readers may recognize a few of these stories from the New Yorker. "A Shooting in Rathreedane" mimics a police procedural, as a world-weary policewoman — think Nicola Walker in one of her indelible television roles — investigates a bizarre crime-that-isn't. In "The 10," a former soccer prodigy returns from Manchester to a dissolute life, unable to connect with his family and girlfriend.

The most boisterous piece, "The Alps," a cousin to Barry's "Fjord of Killary," features three brothers snagged in a weird incident at a pub; in the final paragraphs Barrett pivots to his supporting cast, barflies all, revealing that the story's actually about them.

He deftly conjures the ragged beaches and lonesome backroads along Ireland's northern coast; not a word is out of place, as in this scene from "Whoever Is There, Come on Through," which plumbs a co-dependent friendship: "Eileen and Murt were walking the path by the river in the Belleek Woods. It was only gone two in the afternoon, but the sky was already so gray it was like being on the moon, the light a kind of exhausted residue. To their right coursed the Moy, dark as stout and in murderous spate; to their left high conifers stood like rows of coats on coat racks. Eileen was smoking, a sheltering hand cupped over her mouth, mizzle prickling her face; Murt was in a woolen hat and gloves borrowed from his uncle ... it would have taken more resolve to abandon the walk than to keep going."

Like other leading Irish stylists — Barry, Roddy Doyle, Edna O'Brien and the late William Trevor among them — Barrett is a doyen of the sentence; each cracks and snaps like a bullwhip. We know these characters because we hear and see them in perfect clarity. They're not homesick so much as sick of home.

Several are aspiring writers determined to leave a mark. Barrett's technique enhances their inner lives, their delusions, as in this adverbial trait: "Bobby Tallis possessed the drainpipe physique, knee-length mackintosh, and balefully frail demeanour of a poet ... as he pursued a lavishly wayward course ... One hand broodingly ensconced within a pocket, Bobby smoked as he walked."

After a sexual encounter, one man asks another, "What I need to know about is the sentences. I just want to know if they are doing something interesting or not" — a question the author is posing to himself, and us. The answer is "Homesickness," with its wrenchingly beautiful scenes, its lush evocation of place, prayers for a people doing their best to just get by.