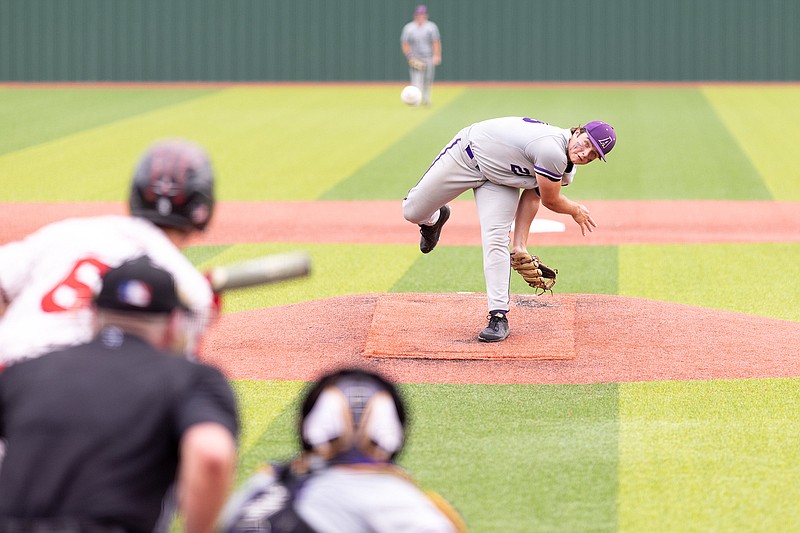 The Wildcats trailed for the first time in postseason play and rallied for a 4-2 win over Ashdown for the Class 3A baseball state championship game at the Benton Athletic Complex.

The win also is the third for Harding Academy over championship weekend to go with boys and girls soccer titles.

Saturday's win was the 26th straight for Harding Academy (31-3) to end the season, which included a 54-3 scoring advantage during six wins in regional and then state tournament play last weekend.

"We knew this game was going to be really close, well-played by Ashdown and well-coached by Ashdown," Harding Academy Coach Shane Fullerton said. "It came to fruition today that the close one was going to come. We tried our best to prepare for it, not having nine games in postseason leading up to this."

Ashdown jumped on Harding Academy for two runs in the third inning.

Alex Keilbach's two-out single scored Spencer Patterson, who had singled and stole second. Derek Hilton also singled to score Nash Brown, who was running for Keilbach, for the 2-0 lead.

Ashdown (26-7) literally tried to steal more runs in the fifth inning with Patterson and Landon Dowe stealing second and third, and then Patterson trying to steal home off slow deliveries by Harding Academy starter Gavin Alveti.

Harding Academy then rallied in the fifth inning after managing two hits through four innings off Keilbach, who was 10-0 entering the game.

After Cooper Welch singled to lead off the home half of the fifth inning, Dan Henley reached on an error followed by a single by Eli Welch to lead the bases.

Two groundball outs on fielder's choices scored Welch and Hanley to tie the game at 2-2.

After Kade Smith walked, Alveti lined a single to right to score Kyler Hoover for the go-ahead run.

The Wildcats added another run in the sixth inning on a wild pitch that scored Welch, who led off with a walk, took second on a passed ball and took third on an error.

Alveti, who has committed to Connor State College in Warner, Okla., was named the Most Valuable Player and earned the win with five innings of work, striking out nine, before turning it over to Smith, who earned the save with three strikeouts in two scoreless innings.

Smith, who has committed to play baseball for the University of Arkansas, also quarterbacked the Wildcats' football team to the state title in December.

The Wildcats' situation and rally was prophetic by Fullerton.

"It was a very tight one. It was tight all the way to the last pitch. We've been fortunate to have had some games that were separated by quite a few runs the last nine games."

"They had no strikeouts through the whole game," Cross said. "When you can go six innings and we didn't get a strikeout from our pitcher. That's a good job by them.

"We played fairly well. We rolled the dice a couple of times. It didn't work out for us."