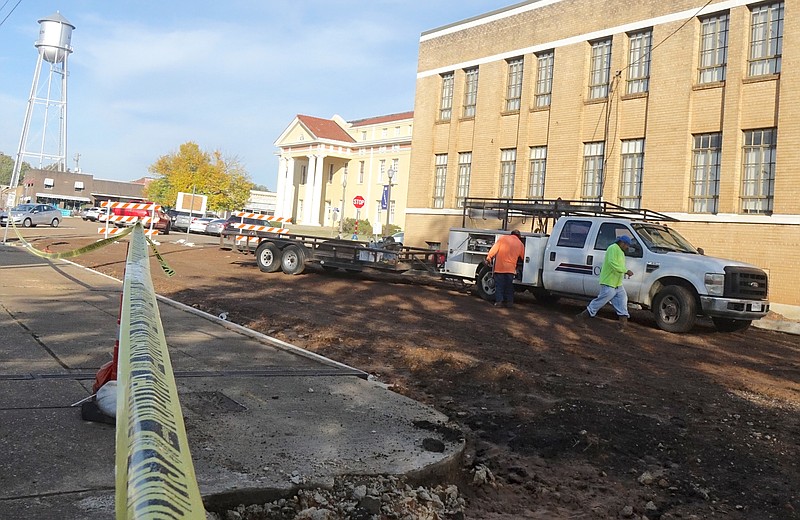 Looking from the front of the post office toward the former county office building, the sidewalk and street is under construction leading to the Cass County Courthouse. At the edge, Kaufman Street crosses the square. (Photo by Neil Abeles)

Three of the four corners leading to Cass County Courthouse in Linden are being renewed with road surfacing, sidewalks and accessibility improvements.

While the streets have been partially closed to traffic for weeks, residents are now happy to walk along the smooth pathways which also provide improved views of the historic courthouse.

"We've waited for this for a long time," yelled a walker as he crossed the square's intersections even while walking in the middle of the street.

The work is being done under a $500,000 Texas Department of Agriculture Main Street grant for a project of street and sidewalk reconstruction.

The street areas are:

The bid amount for this work is $378,086 with Contech Contractors as contractor and Hayter Engineering as engineers. Linden's amount to contribute is $75,000, according to City Manager Lee Elliott. 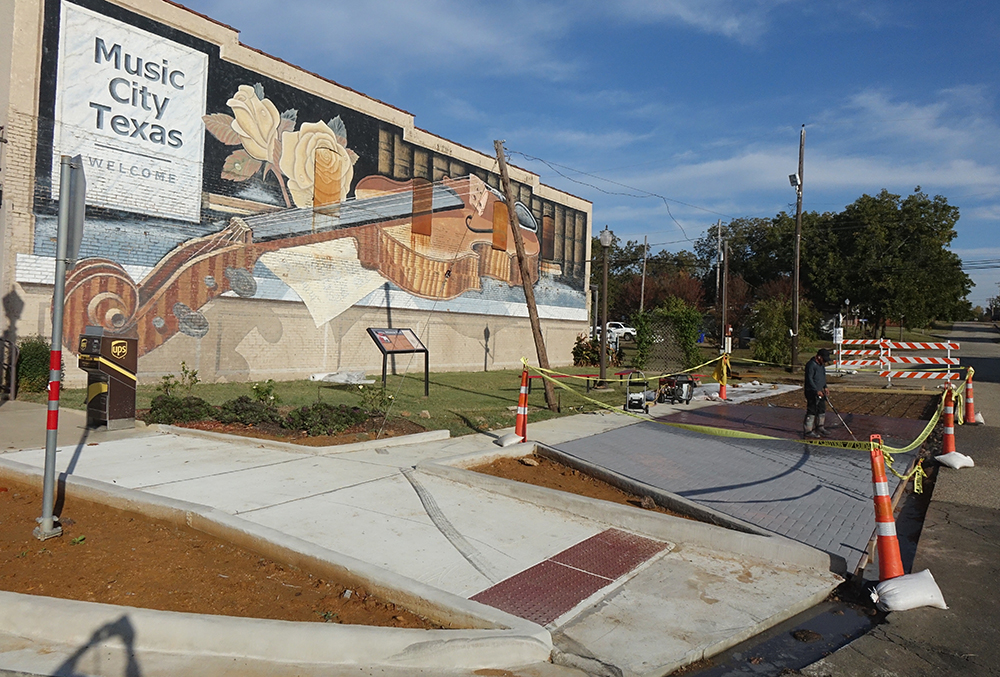 The corner of North Kaufman Street and courthouse square in Linden, sometimes called “violin corner,” is receiving sidewalk and parking reconstruction as well as access in accordance with the Americans with Disabilities Act. (Photo by Neil Abeles) 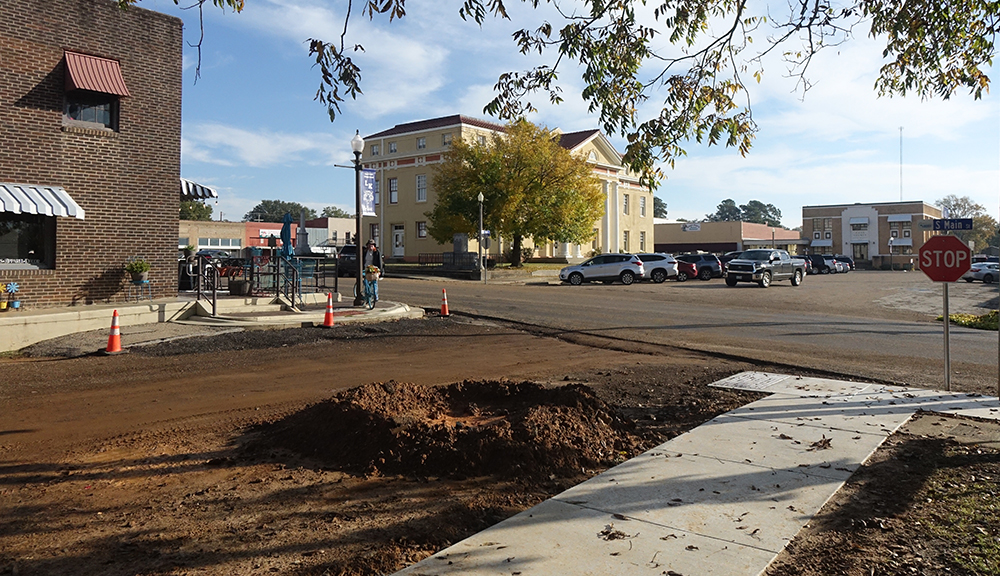 Road and sidewalk work has also begun on the West Rush Street corner of the Courthouse Square. This road going down to the former volunteer fire department building on Taylor Street is one of the town’s streets that most needed improvement. (Photo by Neil Abeles)