COLUMN | Poll workers are treasure and should be treated as such 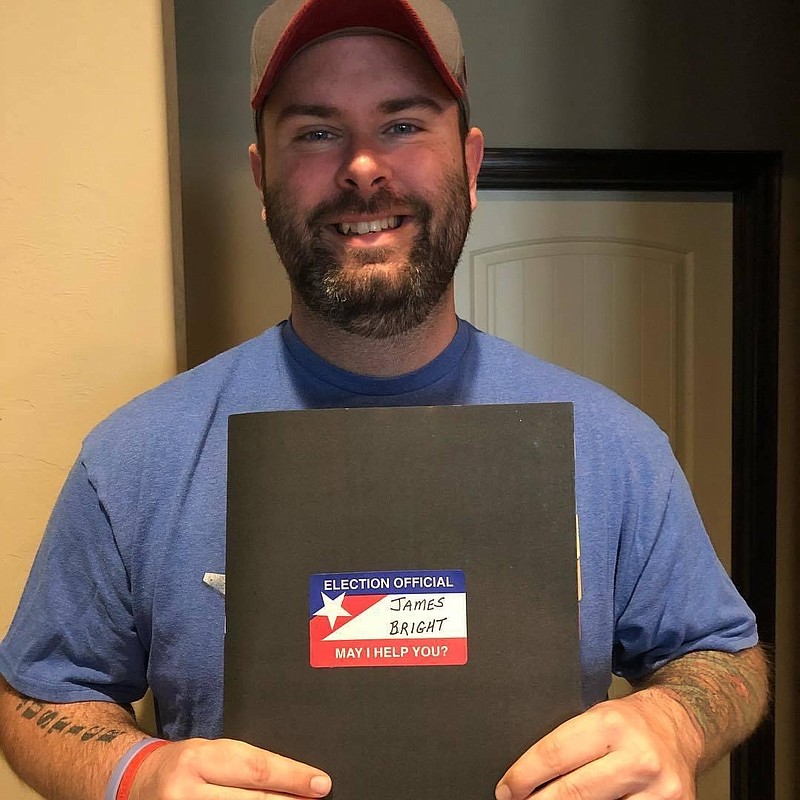 Elections have always fascinated me.

Not so much the political leanings of a candidate, but rather the process of voting. It astounds me. Somehow, every two years we go to the polls, cast millions of votes and effectively change our government. For almost 250 years our elections have been the envy of the world, and this austere process is facilitated by people who give up an entirety of a day for a very meager paycheck, and a whole heaping load of stress.

In 2018 I decided to join the ranks of these increasingly underappreciated defenders of democracy. Joining was simple, but administering an election was no easy feat.

The training was extensive. I was living in Oklahoma at the time, and as someone who likes to jump into the deep end of pools, I opted to not only work at a polling place but lead one. So in October 2018, I went through a rigorous training process to manage a polling place in southern Cleveland County for a cool $130 and a sense of patriotic pride.

At the time, election denialism was not a mainstream issue. Still, we had our issues that day as any polling place does. Mitigating wait times, asking pundits to back away from voters and managing provisional ballots are stressful endeavors.

The latter of these is especially exhausting, and numerous times throughout the day a voter would come in with any number of problems requiring the person to bypass the machine and fill out a ballot that would be counted at a later time. Anyone who has filled out a provisional ballot knows there a lot of steps for verification and accuracy of delivery.

Despite the challenges, my little polling place operated well. When 7 p.m. came, we closed our doors. From there I printed receipts for each of our machines as checked by my colleague, the election judge, and proceeded to take the physical receipt, digital voting record for the day and provisional ballots to the election board, as was the duty of every election inspector in the county. I then headed home to watch the returns, feeling proud and that I had served our democracy well.

Fast forward to 2020 and all of sudden there are a cadre of folks decrying election workers as corrupt. It shocked me. Poll managers are generally elderly folks who pull a 13- to 15-hour day out of a sense of patriotism. They're not partisan, but they are some of the best vestiges of the American spirit.

I was concerned this week. I worried that these people who gave an entire day – and just to be clear, most of them work multiple elections including school board where voter turnout is abysmal – would be chastised for embracing their country's most sacred traditions.

Thankfully 2022's results were a good representation of our country. Not too liberal and not too conservative, which ultimately leads to greater trust in our system. I haven't heard too much about election fraud after the Nov. 8 election, which brings me hope for our poll workers.

I hope that voters will understand that these people give more than a full day's work, usually multiple times a year with barely a break in many cases. They should be appreciated. They should be celebrated. They're the unsung heroes and sentinels of our democracy, and to treat them as anything else flies in the face of what makes this country great.

Print Headline: COLUMN | Poll workers are treasure and should be treated as such