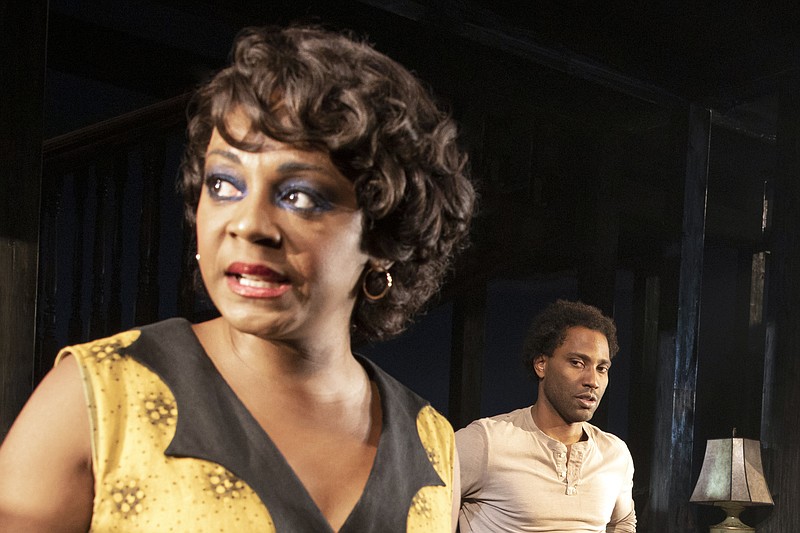 TEXARKANA, Texas -- April Matthis still dreams of Texarkana, even as her Broadway dream is coming true.

The Texas High School alum's reputation as a serious acting talent led to a straight offer -- no audition required -- to make her Broadway debut in a new production of "The Piano Lesson." That may seem a long way from home, but her Texarkana roots remain deep, Matthis said in an interview for the Gazette podcast "On the Line."

Listen to the whole interview:

"I find myself having kind of metaphorical, symbolic dreams that, upon waking, I realize they are locations in Texarkana," she said. "It's in there even though I haven't lived there for 20-some-odd years. It's definitely still in me."

Jackson's wife, LaTanya Richardson Jackson, directs the play, and the couple have known Washington, son of actor Denzel Washington, since he was a child. The production's family atmosphere reminds her of home, Matthis said.

"It really is the experience that's closest to my Texarkana family life that I've had since I moved to New York," she said.

Matthis did not begin acting until she was a college student involved in Austin's community theater scene. But various kinds of performing were a regular part of her growing up.

"I had a tape recorder. And I would just play hooky from church and make up my own sermons and record those, and make up TV shows," she said. "It was just part of a really kind of heightened play and, you know, my folks, my mom would improv with me. ... Everybody had a sense of imagination."

After making the leap from Austin to New York, Matthis won two Obie Awards, the most prestigious recognition for off-Broadway theater. The first came in 2015 in the Sustained Excellence of Performance category. The second, in 2020, was for Performance as the title character in "Toni Stone."

Grace is not onstage long in "The Piano Lesson," but Matthis aims to ensure her performance makes the character a memorable presence. Grace embodies the African American community of the play's setting, 1936 Pittsburgh, "that's thriving, that has joy and pleasure," she said.

"Here you have a woman who is embracing sensuality, embracing pleasure, is not dour and staid in her scenes. She comes in giggling. She comes in dancing. She's full of life," Matthis said.

"I do exhaust myself. And I do feel a lot of pressure to make this character, that we get two scenes with, to make her into a full, three-dimensional person and not just the butt of a joke. I'm working really, really hard to make her just as rich and vibrant."

("The Piano Lesson" runs through Jan. 15 at the Ethel Barrymore Theatre in New York City.)