'An Odd Cross to Bear': The choices Ruth Bell Graham made as Billy Graham's wife 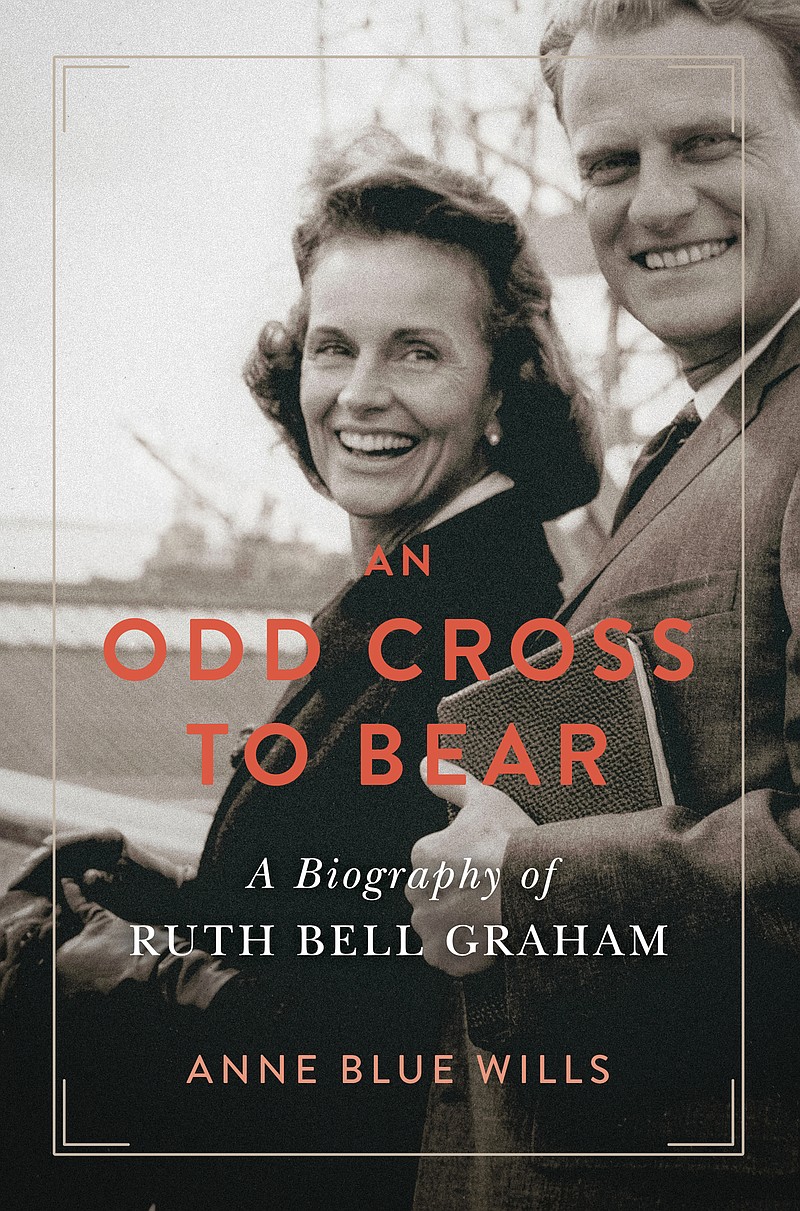 She believed in the death penalty and said that in countries where they have it, "I feel safer walking down the street." Yet in 1978, Ruth Bell Graham befriended North Carolina's death row inmate Velma Barfield, convicted of murdering seven people, including her own mother. And while there was no question about her devotion to her evangelist husband Billy Graham, Ruth lived much of her life apart from him, believing a good wife needs to be a happy wife.

In a new and enlightening biography of Ruth Graham, "An Odd Cross to Bear" (William Eerdmans, $24.99), Davidson professor and chair of religious studies Anne Blue Wills explores the complex and often daunting personality of the woman who desperately wanted to be a missionary to China but who chose instead to join her life with "America's Pastor" and "embrace the role as background player."

Wills discussed the biography in an email conversation.

Q. By the end of your biography, I felt that if Billy had married anyone but Ruth Bell, the marriage would've been a disaster. He was controlling, you write, and she was willing "to slip into the background... In short, be a lost life. Lost in Bill's."

A. His controlling temperament was more visible in the early years of their marriage. They were young! He was a little spoiled by his upbringing as the son of a doting mother. And Ruth had the benefit of experiences in China and Korea, and the confidence of her parents, that gave her the strength to have opinions and express them. Nevertheless, it did take a certain kind of commitment for the two to make the marriage work -- in that, I suppose, they weren't different from other couples whose relationship endures for decades.

They loved each other and had a common project, which for them happened to be Christian evangelism. Bill was the visible agent of that project, and Ruth was the one who often kept Bill focused on the mission. Ruth had a very rich life in her own right, living in and serving the Montreat community, rearing her children with, and then caring for, her parents.

Q. For decades, the couple lived apart -- Bill on the road preaching and Ruth at home in Montreat and later, when life in Montreat became too intrusive, in Little Piney Cove. Her choice to live in a location that offered stability for her five children and sanctuary for Bill when he was home, was, it seems to me, a practical solution but also a bold move for those times.

A. "Practical" and "bold" are good words to describe Ruth. If she saw a need, she tried to address it in the most direct way possible.

She had the example of two parents who had rarely allowed any obstacle to slow them down for long. It was only natural that Ruth would head for the hills when living on Assembly Drive in Montreat became unbearable.

Q. Ruth could be stubborn -- or you might say "firm in her resolve." I'm thinking now of her refusal to change denominations -- from Presbyterian to Baptist.

A. Early on, this refusal probably came from her resistance to the role of clergy-wife. Bill was pastoring a Baptist church outside of Chicago and she was not going to become a Baptist just to quiet the congregation's complaints. After all, Bill had accepted the position without consulting her first, and Ruth did not recognize pastoral ministry as his real calling.

Ruth also held to the example of her parents, whose Presbyterian commitments were deep and tenacious. Then, too, as the decades passed, Ruth questioned attention to denominational affiliation at all, insisting that a common worship of Jesus should unite all Christians and make denominational distinctions all but irrelevant.

Q. Your title "An Odd Cross to Bear," refers to how life with Billy thrust Ruth into circumstances she would not have chosen for herself. But whatever Ruth had to do, she seems to have done cheerfully and without a lot of handwringing.

A. Ruth was not a dour person, but "cheerful" better describes someone with little depth who comes close to living in a state of denial.

That was not Ruth Bell Graham. She did work hard to shield the children from her anxieties and loneliness by emphasizing, perhaps with varying success, the positive side of Bill's work.

She kept them and herself busy while he was away and when he returned, she tried to enforce an atmosphere of calm and quiet so that he could rest. But apparently her rules kind of went out the door when Bill was home.

Several of my sources said that Ruth poured her feelings into her journals and poems. I did not have access to her journals, but many of Ruth's poems, which have been published, reveal some of the stress and loneliness she felt when Bill was away.

I learned a saying from Ruth's writings while working on the book -- "Make the least of all that goes and the most of all that comes." I had never heard that expression before, and it captured so perfectly her practice that I assumed she had coined it. But when I repeated that to members of my family, they recognized it as something our grandparents also said. It captures Ruth's attitude, which balanced acceptance and gratitude.

Q. How do you think future biographers, especially feminist biographers, will assess Ruth for not working outside the home and/or not having a career independent of Bill's?

A. Well, I hope that future biographers will all be feminists and will tell stories that find value in the whole variety of human stories, including those of wives, mothers and householders.

For the record, one definition of feminism (attributed to activist author Marie Shear) describes it as "the radical notion that women are fully human." To me, this definition authorizes women to make decisions about their lives that allow for flourishing lives and communities. It calls into collective awareness the reality that women can narrate their own stories from the complexities of their own human experience -- however banal those experiences might seem to onlookers.

I see Ruth as living her full humanity when she made the hard choice of setting aside her own missionary ideal to marry Bill and make it her work to keep him on track. So in that sense, I would argue for more flexibility and creativity in how we describe women's lives and agency.

On another hand, however, I also am deeply influenced by scholar bell hooks's description of feminism as "a movement to end sexism, sexist exploitation, and oppression."

Ruth lived in a context of highly individualized Christianity and did not relate to other women as part of a "movement," unless it was as part of the movement of Christianity. If future biographers or historians want to explore how white Protestant womanhood detached itself from the feminist movement -- and I think we should explore this history -- then Ruth Graham might be a rich site of investigation.

Q. Since 2007, the 2,000 pages of Ruth Graham's letters and journals have not been available to researchers, though you write that Ruth gave access to her longtime friend Patricia Cornwell, the bestselling novelist and former Observer reporter. If you'd had access to those materials, do you think a very different portrait would have emerged or one very similar to the Ruth Graham you've portrayed here?

A. Access to these materials probably would have produced a different result because in some years the available archival trail goes a little cold on Ruth.

Access to the private papers might have allowed me to answer some of the questions I still have about Ruth's experiences as a parent and with her health, for instance.

I was determined, however, to keep my attention trained on Ruth and not fill in the gaps with "so here's what Billy Graham was doing." And I tried very hard to depict Ruth as I had access to her, in such a way that she and her family and friends might recognize her.

Of course, even with "complete" access, one person can never completely explain another person. I offer my account with all humility and hope that readers will either recognize the Ruth they remember or feel a connection to the Ruth they never knew.