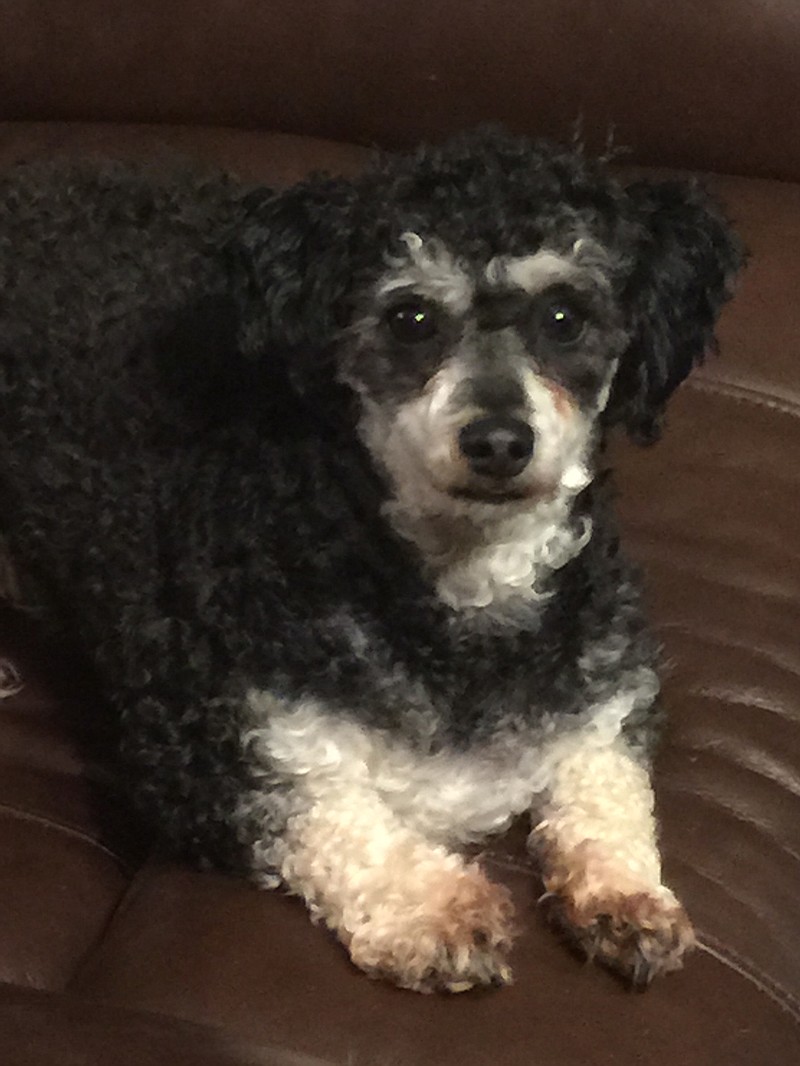 Bear looks at the camera as his dog dad, Rick Thomas, takes a photograph. (Photo by Rick Thomas)

NOTE: The following story was written not with words, but with my heart.

Yep, he is short. And stout -- much stouter than he looks.

And he has a white rear end.

No, his species isn't named after Texarkana's infamous "Phantom Killer." It's called phantom because the special breed has a specific pattern on its solid-colored coats.

Bear is almost all black, with white markings appearing over his eyes, surrounding his nose and mouth, on his chest, at the bottom of all four legs and on his aforementioned hiney.

He stands less than 15 inches tall and was slim most of his early life until he became chubby like me, his "human dad."

Despite his physical stature, Bear runs like the wind, sometimes going so fast he loses control and tumbles over and over. He quickly gets back up, spins his wheels and goes flying off again.

Bear sometimes looks like some form of weenie dog because he is short-legged and long-bodied.

Bear was named by my late father, Pete Thomas, because as a puppy he was just a puffy ball of fur with a cute nose sticking out.

And now for a little background.

I have always loved dogs. I didn't have one for several years, because I lived in apartments where they were prohibited.

Newspapers have been my career, and I was working at one in Texas when a debilitating motorcycle accident changed my life. At age 45, I had to use a walker to move around. Fourteen surgeries (five spinal fusion operations) later and I'm still here.

But back to Bear.

Adjusting to my life after the surgeries was hard. Very hard. Before long, I slipped into a deep depression.

Life didn't seem worth living. Then I decided to get a dog.

He was so joyful from the first day that he completely changed my outlook and touched my soul. He was so playful and loving -- just the medicine my mind and body needed.

Bear could always make me laugh. Out of nowhere he would dart out, running full blast from under the couch. He wasn't going anywhere; he just felt like running and would bring a smile to my face.

He would play tug-of-war with me using his towel. I would pull hard, and he amazed me by pulling back just as hard.

He would then take the towel to his bed and stare at me like he was challenging me to take it away from him.

When I got up and tried to take the towel, he would chomp on it and growl as loud as he could. "Grrrrrrrrrr," he would bellow in a non-threatening way.

It was the same way playing catch. I would throw a tennis ball, he would run and get it, but he wouldn't bring it back to me. He would bite on it and wait for me to take it away from him.

Bear followed me everywhere on our family farm. If I didn't watch myself, I would lose my balance and fall backward, almost stepping on him. Sometimes he would run off yelping, even though I hadn't touched him.

At night Bear didn't sleep in his bed. He slept with me and would touch me as if to let me know, "I'm here beside you, and you're not alone."

He turned 12 years old on a blue-skied, slightly windy Sunday afternoon. I wanted to do something special for him, so I bought a T-bone steak, ate most of the meat and then gave him the bone (with some meat on it) that he could chew up.

He didn't seem hungry that day, so he did his usual routine of "burying" it by repeatedly running his nose back and forth over it. Maybe he was using dust to bury it inside the house.

I took Bear to a swing we had in the backyard under a pair of shade trees that were just a few feet apart. I then took him into my arms and held him gently against my chest, bringing back happy memories when was a puppy.

Bear gave me a kiss, licking me on the face as he always did. Love flowed from his eyes.

We were so content that we both drifted off into a lazy afternoon nap. We were at peace with the world.

Later, I remember waking up and feeling strange. Bear usually snored when he slept, but I didn't hear him. I quickly put my fingers in front of his nose to see if he was breathing. I didn't feel anything.

I pulled his body to my ear to hear his heartbeat. Nothing.

Bear had passed away on his 12th birthday. He died in my arms.

I hope he knows that he gave me a reason to keep on living when I had lost the will to go on.

I will never forget him, and I'll never stop loving him.

Yep, he was my best friend. Always. 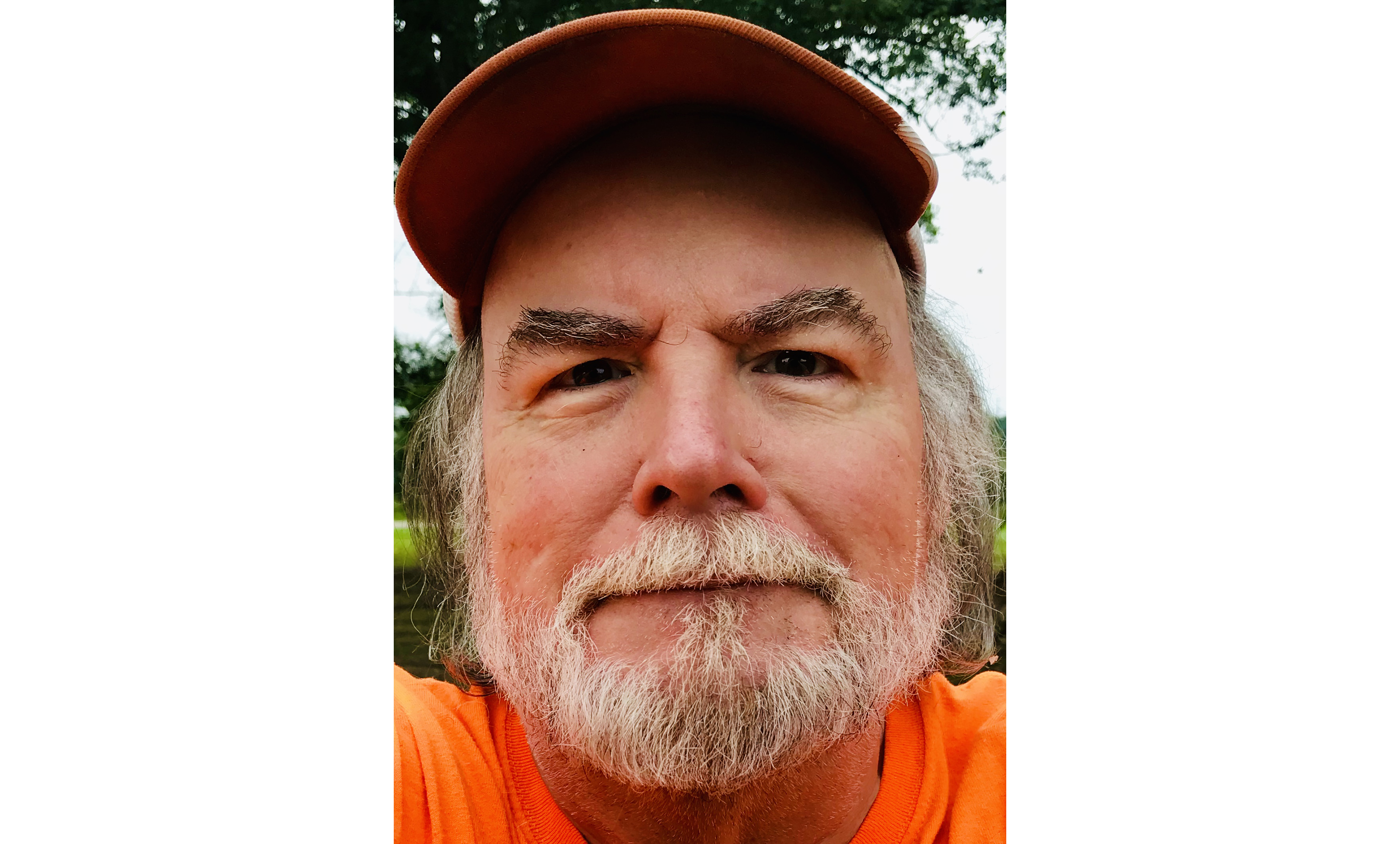