Is Pleasant Grove a team of destiny this season? 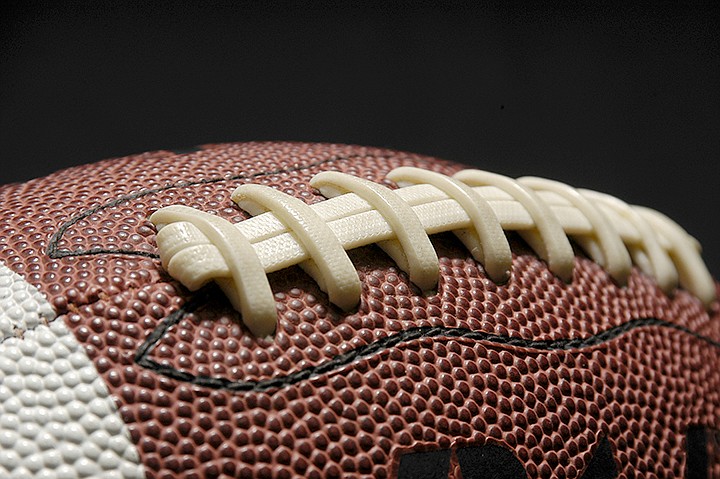 Pleasant Grove's talented football team may be a team of destiny this season. And as the adage goes, they've been there, done that.

Pleasant Grove remains in the Class 4A state playoffs, advancing to the Region II finals/state quarterfinals against top-ranked Carthage (13-0). That game kicks off at 7 p.m. Friday at Marshall's Maverick Stadium.

Carthage, the two-time defending Class 4A, Division II state champion, has won 43 straight games. But the Hawks have been in a similar situation before.

In 2017, Pleasant Grove played two-time defending state champion West Orange-Stark, which had won 40 consecutive games. The Hawks snapped that streak with a 41-21 victory over the Mustangs in the Class 4A state championship game.

Nobody in the Dallas Morning News sports department picked Pleasant Grove to win. Nobody.

Pleasant Grove posted its first and only 16-0 record that season, giving the Hawks their first state football title. Head coach Josh Gibson would go on to guide Pleasant Grove to three straight football finals, and the Hawks won it again in 2019 after suffering a 42-28 loss to Cuero and sprinter Jordan Whittington, who now plays for the Texas Longhorns.

Could this year's Hawks squad pull off the upset again? History repeats itself and Pleasant Grove could be a team of destiny again.

Hawk quarterback Ahkhari Johnson was the sparkplug in Pleasant Grove's 37-14 win over Aubrey on Friday. He accounted for 252 total yards and 5 touchdowns. He was 8-of-16 passing for 145 and two TDs. He also rushed 13 times for 107 yards and three more scores.

Here are the game reports from Friday's local and area playoff games:

PARIS, Texas -- Black Friday is a chance for shoppers to hunt for deals. The Pleasant Grove Hawks used the afternoon to buy themselves another week of playoff football, winning the Class 4A Division 2 regional semifinal playoff over Aubrey at Paris' Wildcat Stadium.

"There are 44 teams in the state who get to play again next week," Pleasant Grove's Josh Gibson said. "This makes 6 of the last 7 years we have been able to do that. That says a lot about our program and these kids."

The Hawks advance to the Region II championship/state quarterfinals to play top-ranked Carthage (13-0) Friday at Marshall. The time of the game has not been finalized.

Pleasant Grove built a commanding 30-point lead before Aubrey scored with only 1:41 remaining in the game. On that final touchdown, Jett Runion hauled in a Blayne Polan pass for the Chaparrals' touchdown, making the score, 37-14.

Aubrey threatened late in the third quarter, but X'Zavion Johnson outjumped a would-be receiver for an interception in the end zone, giving the ball back to the Hawks to begin the final period.

After trading punts to start the second half, Pleasant Grove put together an 80-yard campaign, capped off by quarterback Ahkhari Johnson's second 1-yard touchdown dive of the game. The score gave the Hawks a 37-7 advantage with just under 5 minutes left in the third quarter. The junior signal caller accounted for five touchdowns and 252 combined yards in the game.

"He's been on an absolute tear the last several games," Gibson said. "He's a big-time playmaker."

Pleasant Grove's special teams came up big several times in the first half. A high, pooch kick by Caleb Jones was mishandled by an Aubrey return man and the Hawks recovered at the Chaparral 28. Two plays later, Johnson hit a wide open RJ Collins in the middle of the end zone. The 22-yard strike swelled the lead to 30-7 as both teams retired to the halftime locker room.

"Apart from the one long run, our defense held them to fewer than 30 yards in the first half," Gibson said. "Those dudes came to play today."

Johnson broke free on a 65-yard keeper around the left side of the Aubrey defense, sparking the Hawk offense in the waning minutes of the second stanza. Pleasant Grove led 23-7 with 1:41 left in the first half.

After a Hawk fumble, Aubrey set up shop at their 22-yard line. Kai Bagley broke free and sprinted 78 yards to paydirt, putting the Chaparrals on the board with 7:16 remaining in the first half, cutting PG's lead to 16-7.

Vic Shaw hauled in an 8-yard Johnon touchdown strike with just under 2 minutes left in the opening period. The Hawks' lead grew to 16-0 after three drives.

A 69-yard Cade Martin punt pinned Aubrey at its 1. The Hawks special team unit blocked a Chaparral punt three plays later for a safety. Pleasant Grove led 9-0 with just under 5 minutes showing on the clock in the opening quarter.

The Hawk defense forced a three-and-out on Aubrey's first possession. A 6-yard punt gave Pleasant Grove a short field at the Chaparral 42. Five plays later Johnson scored on a sneak from the 1 for the early 7-0 lead.

ELKINS, Ark. -- A thick fog wasn't going to deny Sloan Perrin and his Nashville teammates a trip to the Class 4A football semifinals.

"Our guys have played their tails off all year," Nashville coach Mike Volarvich said. "Everybody has doubted us from the beginning; we're too small, we're not talented enough. But they just keep fighting. They've got the heart of a champion."

Elkins led 21-0 after a quarter and was ahead 49-35 at halftime behind 328 yards passing and five touchdowns from quarterback Dizzy Dean. Aden Williams was his favorite target, snaring three first-half touchdowns and catching five passes for 221 yards.

Running back Da'Shawn Chairs, who had blitzed Ashdown for 327 yards and six touchdowns a week ago, had 100 yards of total offense and two touchdowns in the opening stanza alone.

"We busted a bunch of coverages in the back end in the first half," Volarvich said. "They've (the Elks) got a great squad, they've made plays all year."

The Scrappers got Perrin and Tre Hopkins going in the second quarter. Hopkins had three touchdowns and ran for 160 yards in the first half, while Perrin added 146 on the ground and 101 through the air before intermission.

Elkins led 55-35 late in the third quarter but Nashville would score three unanswered touchdowns to tie the game at 55, the last score when Dean was sacked and fumbled into the end zone and the Scrappers pounced on it for a touchdown.

The Elks got a 57-yard jaunt from Chairs to lead 62-55, and they thought they'd iced the game and their first trip to the semifinals since 1993 when they uncorked a 45-yard punt to the Nashville 20 with just 31 seconds left.

Two plays later, the aforementioned Perrin-to-Watson touchdown occurred and Perrin charged in for the winning points after an Elks' penalty.

Elkins tried a desperation kick return with a host of laterals, but it was to no avail.

"There wasn't much of a decision to it," Volarvich said of going for 2 points instead of kicking an extra point for overtime. "We were playing to win the game."

Hopkins finished his night with 252 yards on 30 carries, while Perrin had 23 totes for 180 yards. Alex Mendiola added 63 yards of his own as the Scrappers rushed for 496 as a team.

RISON, Ark. -- Rison intercepted a Prescott pass near the end zone with only 14 seconds left to play as the Wildcats knocked off the previously unbeaten Curley Wolves in a Class 3A quarterfinal football playoff.

Prescott (11-1), ranked No. 1 in the state in 3A, went on top 29-28 with 8:32 remaining when running back Travion Dickens scored on a 5-yard run. Quarterback Carston Poole then passed to PJ Gulley for the 2-point conversion, giving the Wolves a one-point lead.

Rison then drove for the go-ahead touchdown, with running back Kelven Hadley plunging in from the 1-yard line. That score put the hosts up 34-29 with 2:10 to play.

Hadley was the Wildcats' workhorse, toting the ball 30 times for 173 yards and two touchdowns. He also caught a TD pass.

Prescott threatened on its final possession, with the Wolves driving to the Rison 28. But on 4th-and-16, Poole's hurried pass was intercepted by a Rison defender near the 5. The Wildcats then took a knee to run out the clock and preserve the hard-fought victory.

Dickens scored three touchdowns on runs of 11, 39 and 5 yards. He also caught a 2-point conversion pass from Poole in the third quarter.

Gulley had the other Prescott touchdown on a 24-yard pass from Poole. John Rabadan kicked the PAT.

Print Headline: Is Pleasant Grove a team of destiny this season?