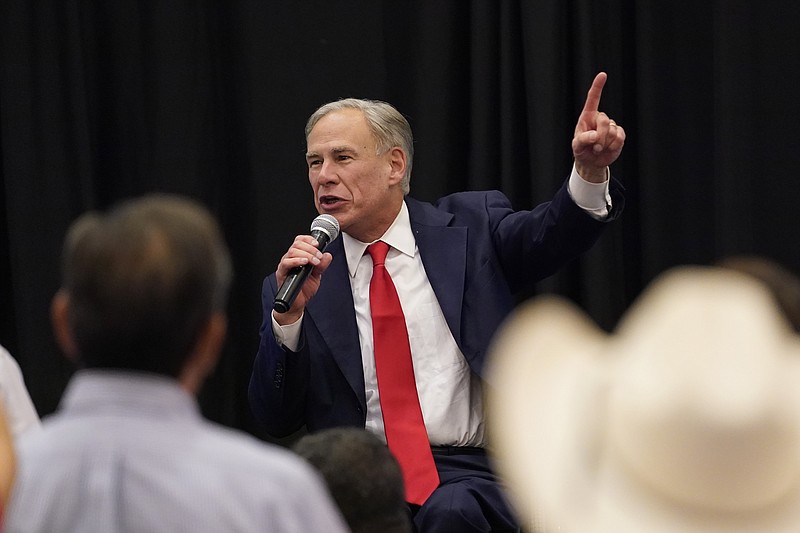 EDINBURG, Texas -- Republican Gov. Greg Abbott said Friday night that Texas would send busloads of migrants who crossed the U.S.-Mexico border to more cities and Democrat challenger Beto O'Rourke pledged tighter gun laws as parents whose children were killed in the Uvalde school shooting stood outside an auditorium hosting the only debate before November's election.

The promises reflected how Abbott and O'Rourke are eager to spotlight starkly different issues with just three weeks before early voting begins in a competitive Texas governor's race that is one of most closely watched -- and expensive -- of the 2022 midterms.

On abortion, which is now banned in Texas, Abbott didn't waver over signing a law that allows no exceptions for rape victims as the restrictions create stumbles for some Republicans who have been wary of voter backlash.

But Abbott was more assured while defending his dramatic steps on the Texas border that are the centerpiece of his campaign for a third term. Sharing a stage with O'Rourke for the first time, Abbott boasted about a $4 billion operation that has included migrant jails and buses to New York, Chicago and Washington and criticized President Joe Biden by name as much as his underdog opponent sitting across from him.

He did not say where Texas would next send buses that have refocused the race on immigration but defended the destinations to some of the nation's largest Democratic-led cities as practical and not political.

"There will be other cities in the future that also will be on the receiving end of migrants, because we will continue to have to move migrants because Joe Biden continues to allow more illegal immigrants to come into the state of Texas," Abbott said.

O'Rourke called the mission a failure and attacked Abbott over the number of migrant crossings remaining high despite the governor's escalating mission over the past year.

"We are eight years into his time as governor, and this is what we have on our border," O'Rourke said.

The debate had no live audience, but outside the University of Texas Rio Grande Valley, parents of some of the 19 children killed in the Robb Elementary School massacre stood in support of O'Rourke after lashing Abbott over his rejection of new gun laws.

The presence of five Uvalde families in Edinburg, a border region that has emerged as a central backdrop for November's midterm elections, underscored the sustained anger over one of America's deadliest classroom shootings.

Polls show a single-digit race, but the stakes in the debate were especially high for O'Rourke in what remains an uphill climb to become the first Democrat to win statewide office in Texas in nearly 30 years.

Abbott, a potential 2024 presidential contender who in eight years as governor has loosened Texas' firearm restrictions and signed a law doing away with background checks for concealed handguns, waved off calls for stricter gun controls since the Uvalde attack, which also killed two teachers.

Uvalde families have put at the top of their demands raising the minimum age to purchase an AR-15-style rifle like the one used in the shooting from 18 to 21 years old. Florida raised the minimum age weeks after the deadly mass shooting at Marjory Stoneman Douglas High School in 2018 under a law signed by then-Republican Gov. Rick Scott.

Abbott has said that raising the age would be "unconstitutional" because of recent court rulings, an assessment criticized by legal experts.

"No parent should lose a child and we want to do everything we can to make sure that doesn't happen. We want to end school shootings," Abbott said of raising the age to purchase AR-15-style weapons. "'But we cannot do that by making false promises."

O'Rourke, who has been haunted in his campaign by his support of confiscating such weapons while running for president in 2019, did not directly answer when asked if he still supported the position. "I'm for making progress," he said.

Like many Democrats running in November, O'Rourke is drawing on outrage over abortion access and mass shootings -- issues that have energized voters elsewhere. But as Texas Democrats also know, those same issues have failed to carry them in past elections.

Although no other debates between the two are planned, it will hardly be the last time that more than 17 million registered voters in Texas will see Abbott and O'Rourke on television before the Nov. 8 election.

Both are blitzing airwaves with attack ads in what will wind up as one of the country's most expensive races this year. Abbott stockpiled nearly $50 million before O'Rourke even entered the race last year and this week launched new spots calling the Democrat a "con artist."

O'Rourke, who remains one of the Democrats' most prolific fundraisers after his failed runs for Senate in 2018 and president in 2020, quickly pulled in more than $30 million in the first half of the year and attacked Abbott over Texas' new abortion ban in his first ads this month. 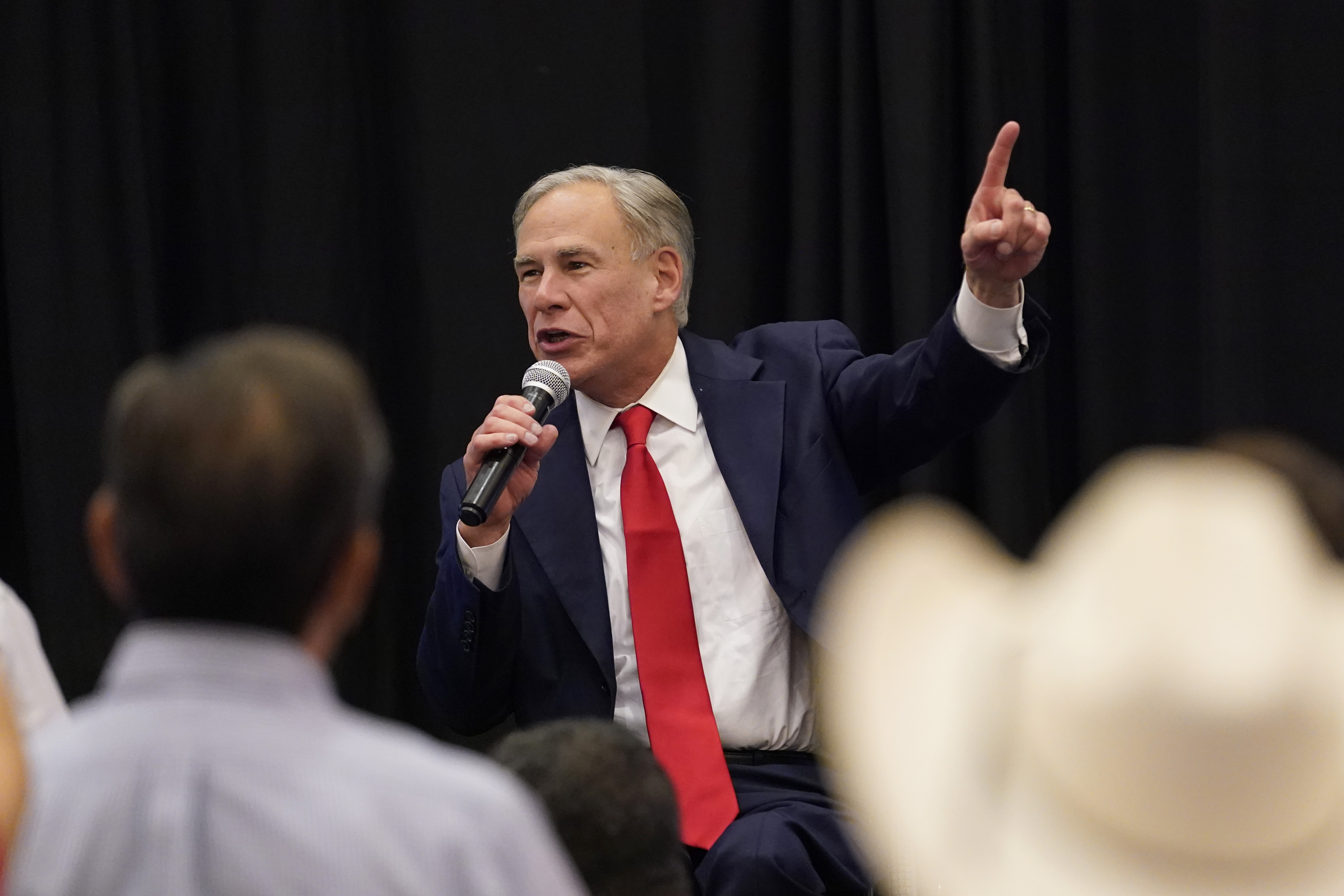 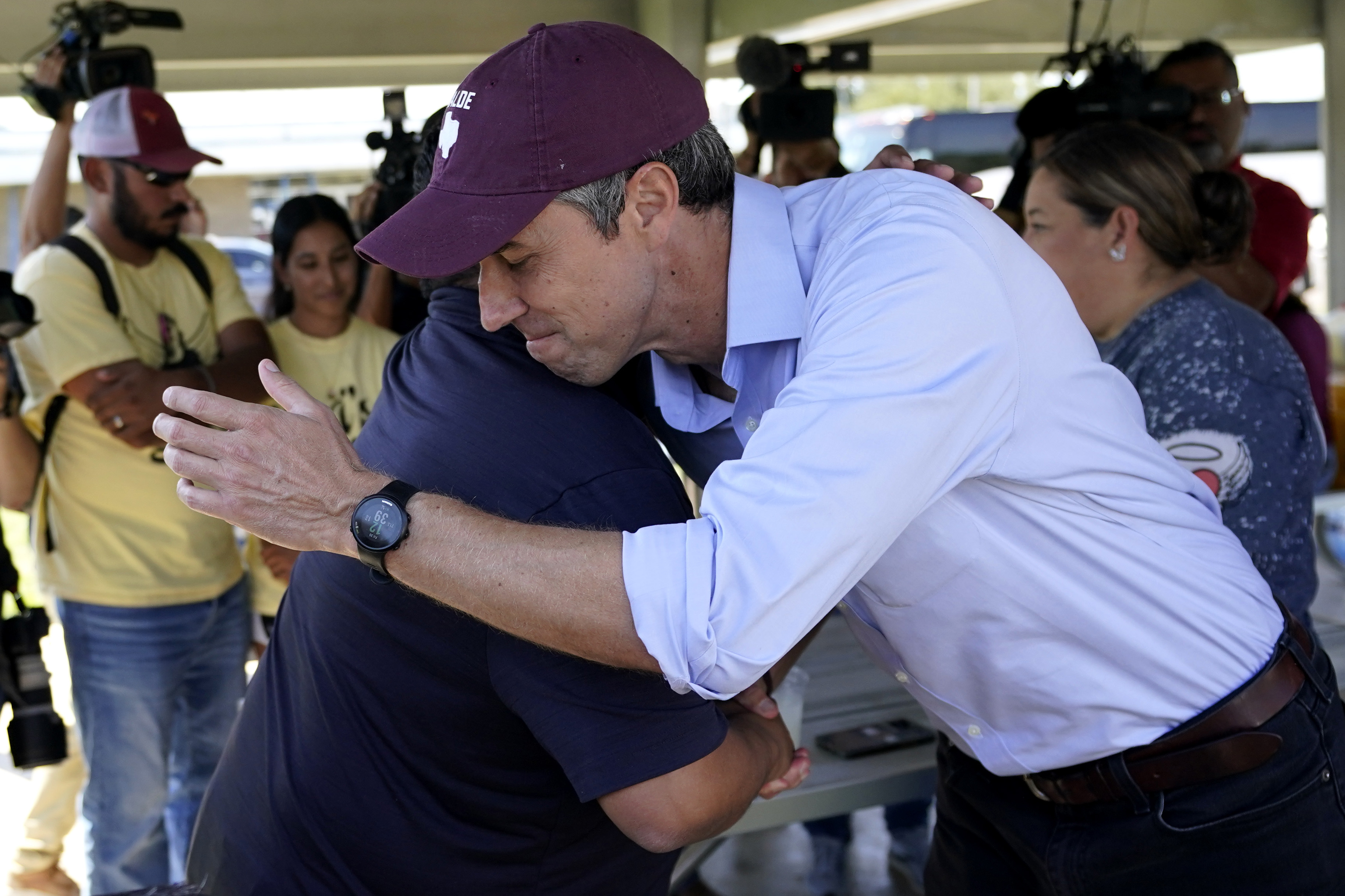