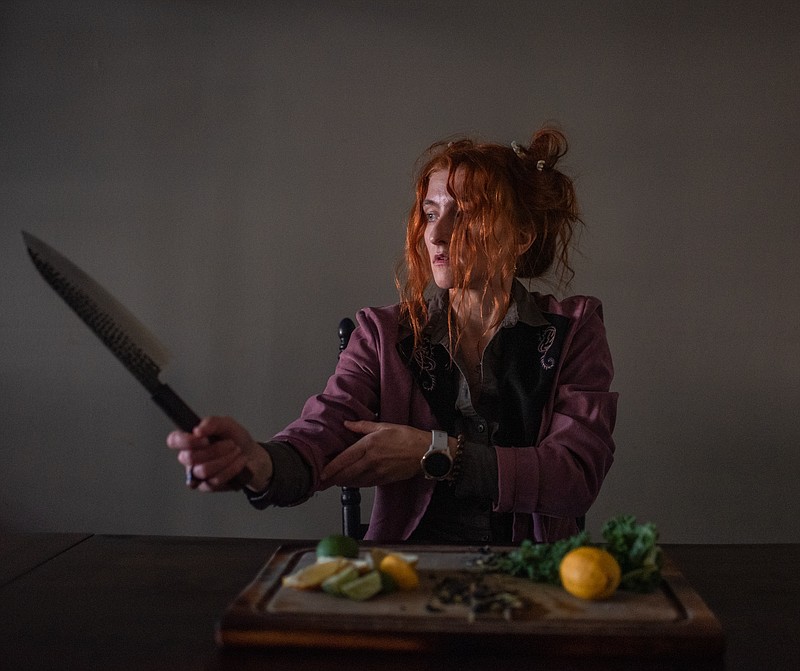 Chef Keeli Layne, aka Chef K, prepares to chop up fresh ingredients for one her healthy meals with Virgin Foods Catering on Wednesday, October 19, in Texarkana, Texas. After her own journey to good health, Layne is making food for the community that not only tastes good, but makes people feel good too. (Staff photo by Erin DeBlanc)

TEXARKANA -- Local chef Keeli Layne, or Chef K as she is known by most of her customers, is using past experiences in her own journey to health to help improve the lives of people in her community.

Sleeping only about five hours a night, Layne stays up when her kids are asleep to tackle her own tasks for Virgin Foods Catering, a company she launched around the same time COVID-19 was on the rise in the area.

Avoiding any sedentary activities that aren't productive, like watching television, Layne says she accounts for every hour of the day.

"I sit down every night before I go to sleep, and after I wake up every morning I spend 30 minutes and meditate and plan out every second of my day to be as efficient as possible -- to the point I even schedule my sleep," she said.

A mother of five, Layne said she starts her day by waking up before sunrise, around 4:30 a.m., and either meditates, does yoga, hits the sauna or does some other physical and mental exercise. After planning out what she needs to accomplish each day, she'll chip away one task at a time, usually shuttling kids to and from school in between spending hours on creating recipes, running deliveries and knocking out errands.

Each week, Layne prepares around 100 orders for Virgin Foods. That is not including the clean, low carbohydrate meal subscriptions she makes each week for Gym Rat meals. At night, she'll spend around eight to 12 hours on making recipes for the week.

Layne takes a lot of inspiration from podcasts she listens to and books she reads about self-improvement and success. She thought if she could implement some of the same tactics and emulate what other highly successful people do, then she too could achieve all her goals -- or have her cake and eat it too.

"Like Elon Musk, he does the same thing, he schedules his sleep," Layne said.

Taking care of her body and mind is essential for being able to sustain the high-intensity and hyper-productive lifestyle.

Around six years ago when Layne was chronically sick and taking a variety of medications for autoimmune illnesses, doctors diagnosed her with a case of cancerous lymphoma.

"I really thought that was it for me," she said.

Facing a surgery with a colostomy and only being in her mid-20s at the time, Layne took a chance and decided to undergo treatment in Spain. She would go on to leave her family and her home for two weeks to face the unknown in a foreign country, where she was placing the future of her health in the hands of doctors with whom she didn't even share the same language.

"It was a really healing, eye-opening experience that gave me a whole new perspective," Layne said.

After regaining her health and going into remission, Layne took the paradigm shift she experienced in Spain and used her newfound knowledge about health and wellness to accelerate and improve her life in all aspects.

Setting out on a new trajectory, she began to evolve the way she made food.

Originally having learned the foundations of cooking by taking a culinary class at the Art Institute of Dallas, Layne continued to build her skill set by taking on new jobs and researching techniques as much as possible on her own time.

Later, she would combine her love of health and caring for others with the art of cooking.

"I went from food that tasted good, to food that made you feel good," she said. "Outside of being a mom, I feel like that is my calling -- to be able to give that to my community."

Through her catering, Layne pours her love into each dish. From beef birria tacos, fusion ramen and chicken tikka masala to her most recent dish, chicken pho, her meals are comforting, intoxicating and invigorating to the senses.

The chicken pho is an original Asian fusion recipe made with a maple syrup-based broth to extract and enhance the clove flavors. Layne also uses signature spices like cardamom and star anise to make her homemade bone broth.

Layne is also undertaking a cookbook she plans to release before the new year and is working towards having a catering truck to use for pop up events. She hopes to offer cooking classes to the community eventually.

After the birth of Layne's youngest child, she began to take on a new mission.

"I started training just to challenge myself to be healthy," Layne said.

On a whim this year, she decided to register for the Kiwanis triathlon in Rockwall, Texas. On Aug. 7, after only six months of training, Layne completed a half-mile swim, 13-mile bike and 5k run, winning first place in her age bracket.

"I just wanted to finish, and I won," she said.

That moment was significant for her this year, after having to use a wheelchair six years ago, weighing around 90 pounds, and giving birth to her fifth child.

"I was just determined to make it happen," Layne said. "I used to envision myself finishing the race and how excited my family would be. Their reaction when I won was absolutely priceless." 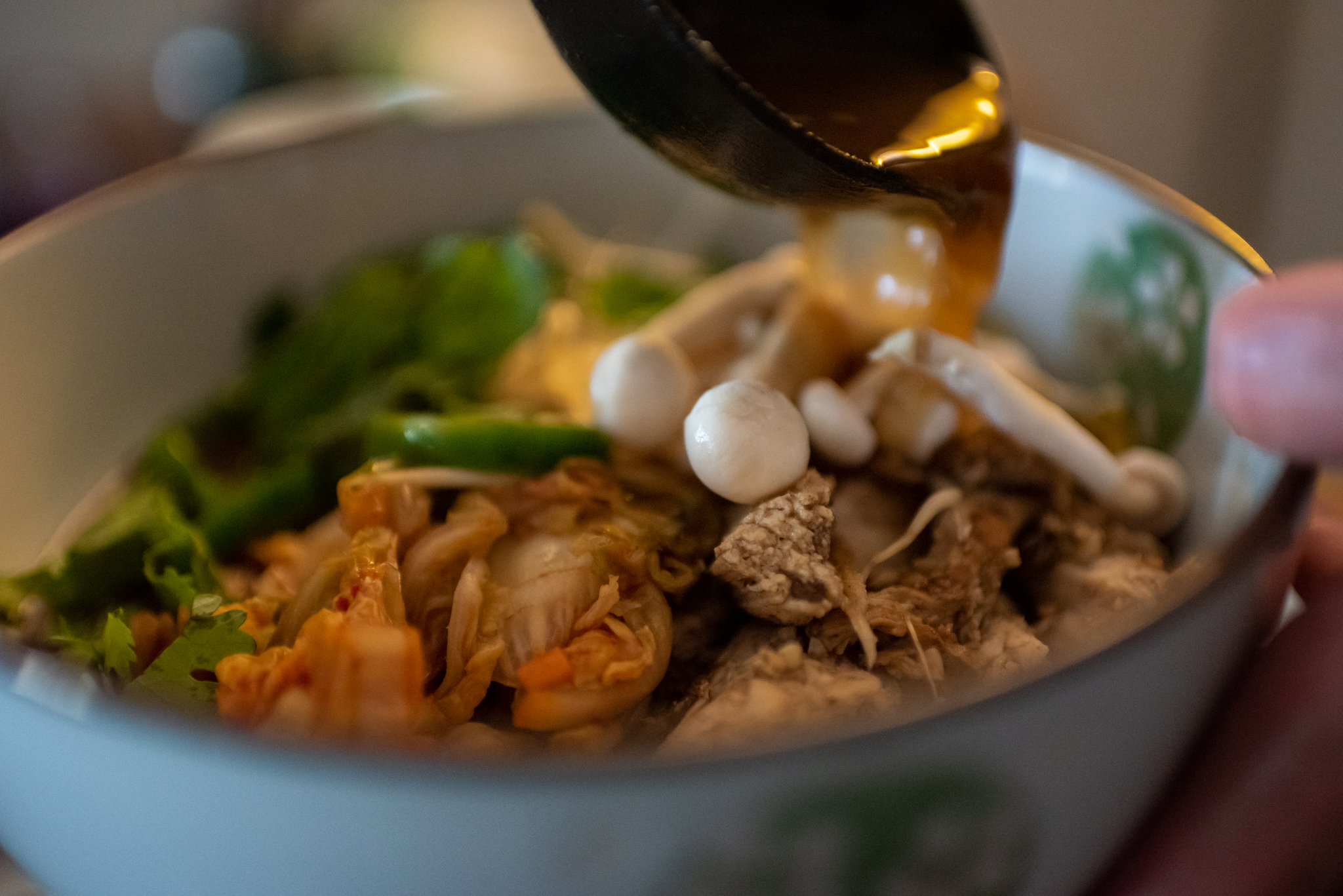