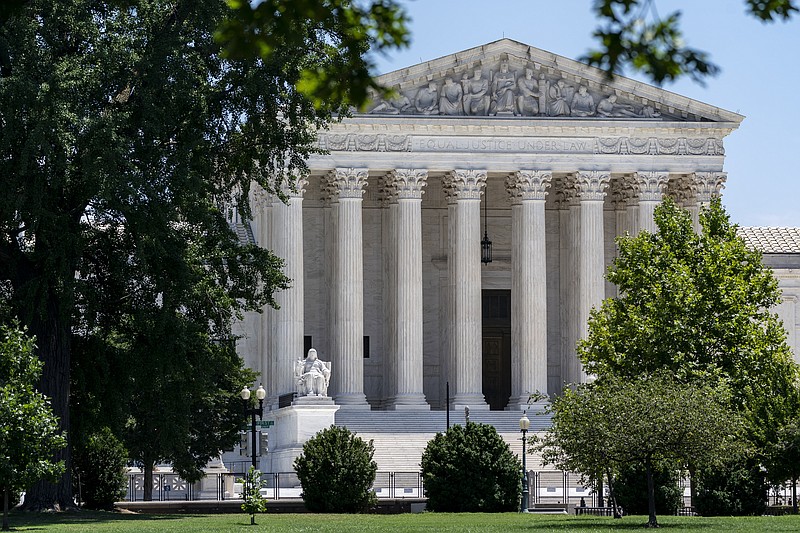 WASHINGTON -- The Supreme Court on Friday issued an order by Justice Sonia Sotomayor that allows Yeshiva University in New York to refuse to recognize an LGBTQ club for students.

The Orthodox Jewish university is fighting an order by a New York judge who said the campus must abide by the city's human rights law which forbids discrimination based on sexual orientation.

In an emergency appeal filed with Sotomayor -- who oversees such motions for New York -- the university urged the high court to intervene and rule it has a religious liberty right to deny recognition to the YU Pride Alliance.

The order does not carry the same weight as a final ruling, but may provide more time for justices to decide.

At issue in Yeshiva University vs. YU Pride Alliance is whether the Manhattan campus is a "public accommodation" and therefore subject to the New York City Human Rights Law, which forbids discrimination based on sexual orientation.

Acting on a suit filed by several Yeshiva students, a state judge ruled in June that because the civil rights law applied to the private university, it must offer recognition and a meeting space for the gay club.

The university had argued it was a "religious corporation" and not subject to the public accommodations law. When a New York state appeals court refused to lift the judge's order, the university lodged an emergency appeal with the Supreme Court on Aug. 29.

"The Torah guides everything that we do at Yeshiva -- from how we educate students to how we run our dining halls to how we organize our campus," said Rabbi Dr. Ari Berman, president of Yeshiva University, said in a statement. "We care deeply for and welcome all of our students, including our LGBTQ students."

But the university said it should not be forced "to put its stamp of approval on a club and activities that are inconsistent with the school's Torah values."

The Becket Fund for Religious Liberty appealed on behalf of the university.

"Without an immediate stay of the permanent injunction issued below, the nation's leading Jewish university will be forced to give official recognition to a student organization in violation of its sincere religious beliefs and Torah values. This is an unprecedented intrusion into the autonomy of a religious organization and a gross violation of the 1st Amendment," Eric Baxter, senior counsel for Becket, told the court.

Lawyers for the LGBTQ students who brought the case urged the Supreme Court to stand aside for procedural reasons. They said the university should not be permitted to "leapfrog" over the New York state appeals courts, which have not ruled on the legal arguments in the case.

They also said the university is exaggerating the impact of allowing one more student club on campus.

The YU Pride Alliance seeks "access to the same facilities and benefits as its 87 other recognized student clubs. This ruling does not touch the university's well-established right to express to all students its sincerely held beliefs about Torah values and sexual orientation," said Debra L. Greenberger, a New York civil rights attorney, who represents the students.

All that "is required is to provide the student club with access to a classroom, bulletin board, or club fair booth as one step in a legal process, not because it endorses the club's mission of support and acceptance for LGBTQ students," Greenberger said.